Farmer defends use of biosolids at DEP meeting in Dauphin County; many neighbors remain unsettled

JACKSON TOWNSHIP, DAUPHIN COUNTY, Pa. — Sick of the stench: People in one Dauphin County community are concerned about the health impacts associated with ... 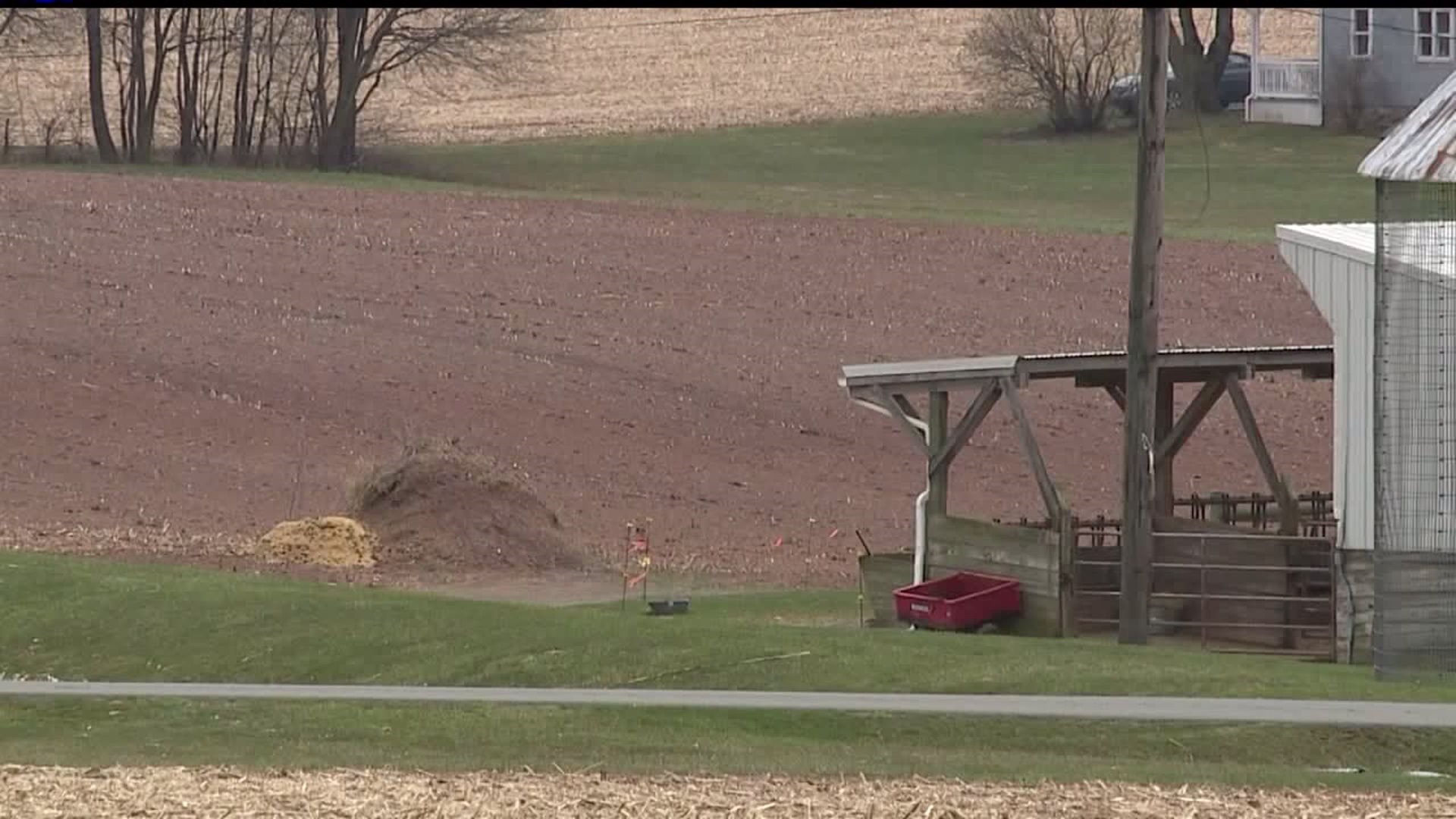 JACKSON TOWNSHIP, DAUPHIN COUNTY, Pa. -- Sick of the stench: People in one Dauphin County community are concerned about the health impacts associated with a neighboring farm that's using biosolids as fertilizer.

Tonight, those community members took their concerns to members of the Pennsylvania Department Of Environmental Protection, saying the smell is ruining their town.

They're worried the fertilizer could also be harming their health and property values.

Neighbors in Jackson Township say the fertilizer will smell terrible here once it gets hot, and they worry the stench could decrease their property values and keep people from moving into the area or simply wanting to visit.

A stench that doesn't seem to be going away in Jackson Township, Dauphin County.

"It smells like an outhouse that's been sitting in the sun probably for a month or two," said Wanda Latshaw, a neighbor.

A farmer's choice of fertilizer has not sat well with many neighbors... because that fertilizer is treated human waste.

Some neighbors, like Latshaw, fear the smell will cause a negative impact on the township.

Community members packed the Fisherville Firehall, to express those concerns to representatives from the Pennsylvania Department Of Environmental Protection.

A DEP spokesman says biosolids are both safe and legal, comparing the fertilizer to that of farm animals.

"It's the same thing. It comes from the sewage treatment plant, but this stuff is processed, and it's certified to be used as commercial application like this," said John Repetz.

The farmer spoke out for the first time tonight.

"My fellow farmers, I say this, if you support the Right To Farm Act, and my right to use this government-approved farm fertilizer, thank you," he said.

Tim Wilbert defended his use of biosolids and its benefits.

"If you've spoken out against this approved farm practice, you most likely stuck a dagger in your children or your grandchildren's future way of farming," said Wilbert.

He does not plan to stop using it.

"Make no mistake... it will smell again," he said.

The farmer says a lack of heat is what causes the terrible smell. He plans to skip fertilizing this spring, waiting for fall and for sunny weather.