Farm show changes help alleviate congestion in and around complex

In 3 days, thousands of visitors will make their way to the Pennsylvania Farm Show Complex for a taste of the 2015 Farm Show. The familiar sights and sounds wil...

In 3 days, thousands of visitors will make their way to the Pennsylvania Farm Show Complex for a taste of the 2015 Farm Show. The familiar sights and sounds will return for the 99th annual event. 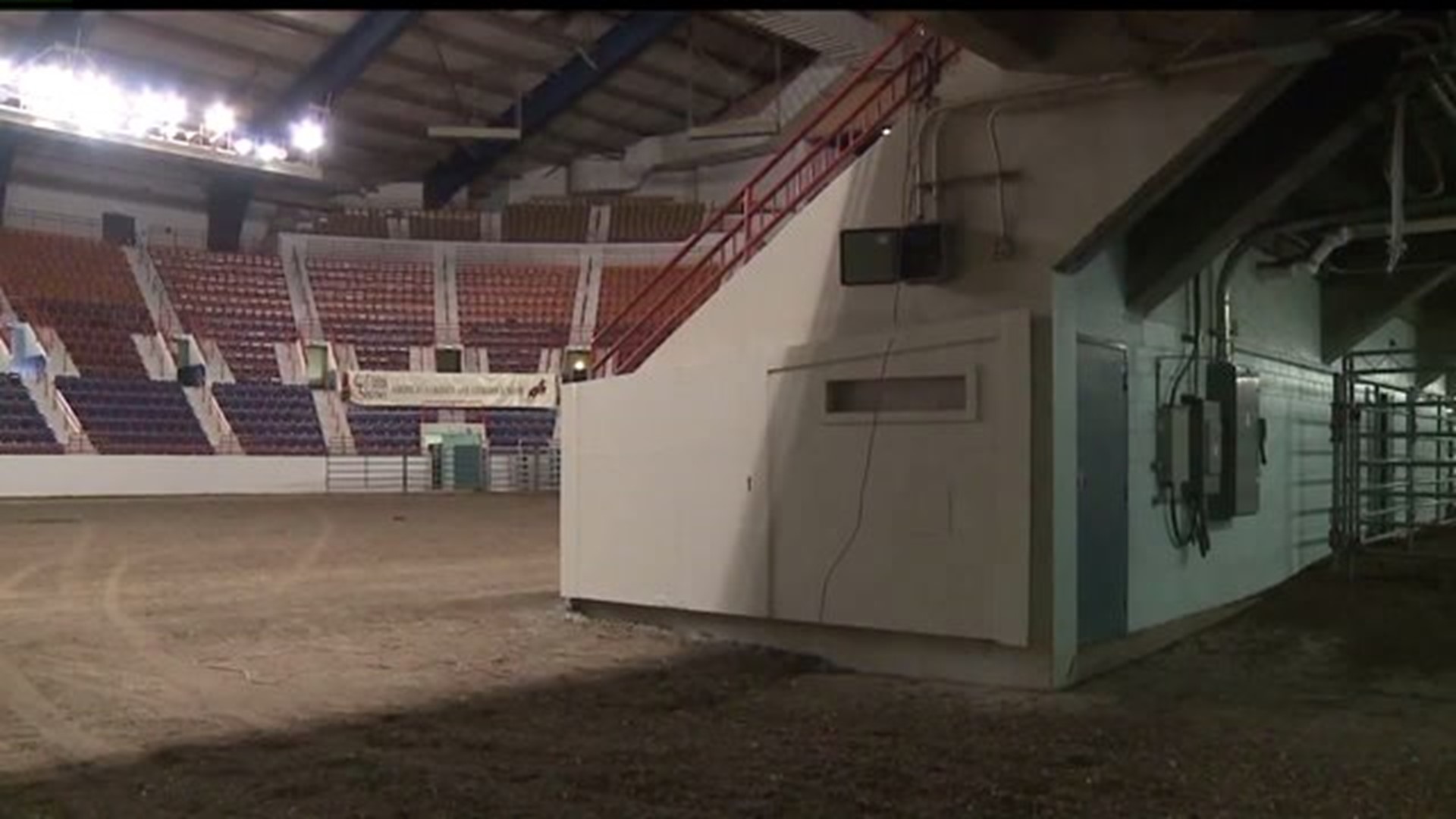 Roger Thoms, of Centre County, has been a part of the show for 27 years. He and his Clydesdale, Phil, arrived early to get a good spot. He says, "It's exciting to be here and be a part of a show anyway and meet a lot of people."

Farm show organizers have your best interest in mind as crowds begin filling the complex.

Harrisburg Fire Chief, Brian Enterline says, "We're dealing with a 24 acre complex, we have 6000 animals and in excess of 500,000 people. This is a mini city during farm show."

To alleviate the congestion, 3 large outside heated tents will be set up for horse exhibitors. This will open up the lower spine of the building to create additional space for guests to walk around from the food court to the North Hall. Plus, the aisles will be widened for both animal and people traffic.

Fritzi Schreffler, of PennDOT says, "This isn't the first year for the farm show. They're nearing their 100th anniversary. So it's been going on for a long time. If you work in this area, you know it's happening, leave extra time to go to work and just have patience."

In addition, State Police suggest you take a photo of your child before you arrive. In the event you lose them, it will help police find your son or daughter.