YORK, Pa. — It was only hours after her sister had passed away. Michael Rentzel and his wife walked into the home on Tioga Street in York where, moments a... 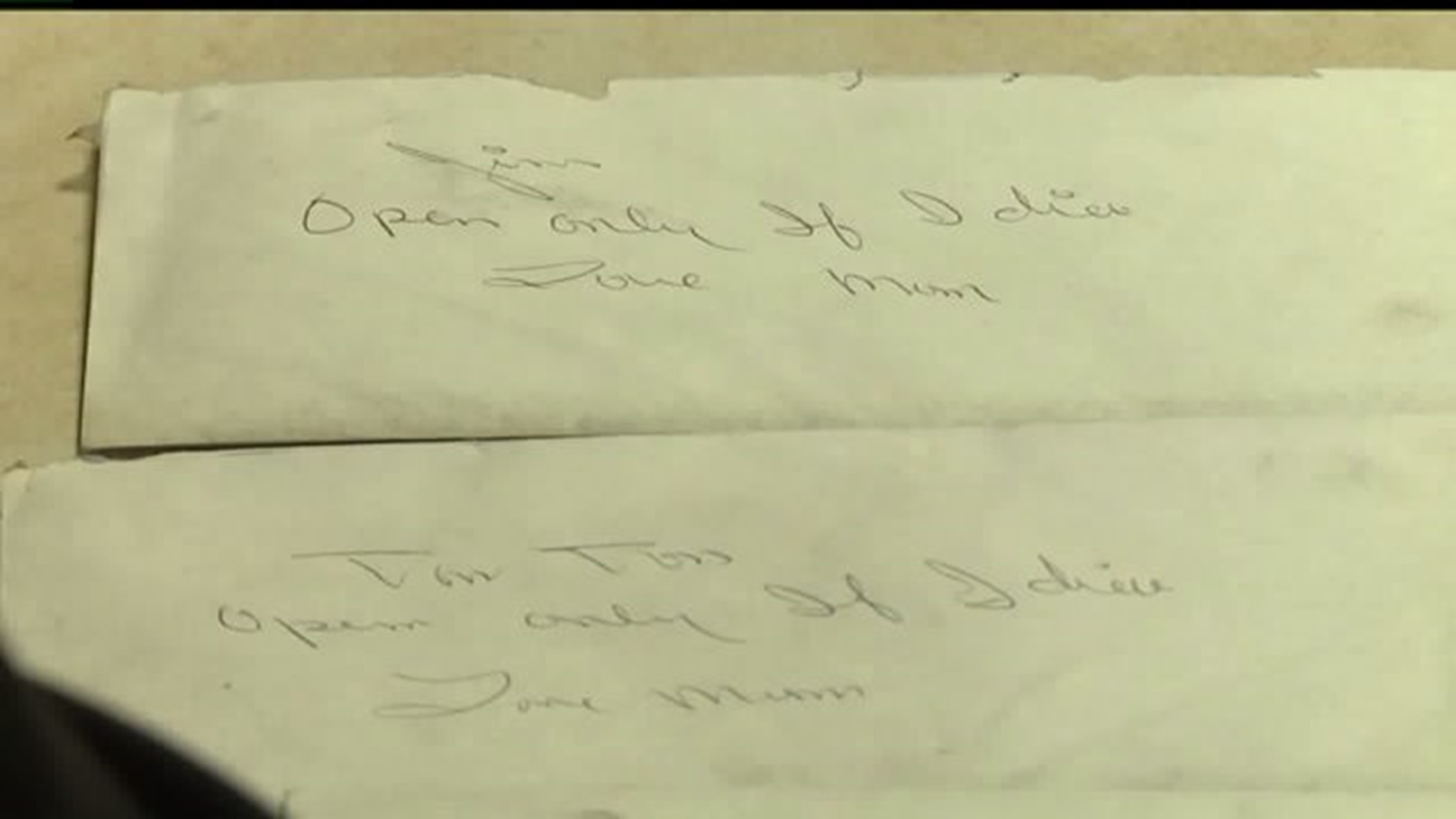 YORK, Pa. -- It was only hours after her sister had passed away.

Michael Rentzel and his wife walked into the home on Tioga Street in York where, moments ago, a fire took the lives of his sister Connie Zorbaugh and husband Anthony. They were searching for important documents when Michael came upon a box inside the home's office. In it, four envelopes sat, slightly charred from the flames which surrounded them a few hours ago. The writing, however, was easy to read: "Only open if I die."

Inside each envelope, Connie had written a letter; one for her husband, one each for her two sons, Tony Jr. and Jimmy; and one for her four siblings. The letters were written in March 2004 after she had been diagnosed with cancer. While the rest of the home burned -- televisions, picture frames, and furniture destroyed -- the four letters survived. Connie's letter to Tony began:

"To my husband Tony.  To my dearest husband I love more than life..."

Each letter was an individual message which carried the same theme: I love you, and take care of each other. When family members gathered this week to read the notes, it was as if they were written from the grave.

"Everything in there is still pertinent today," Tony Jr. said.

"...one day we will be together again in the new world."

His brother, Jimmy Zorbaugh, added he was never close with his mother growing up, but had revived his relationship with her in recent years. Reading her letter gave him closure, he said.

"This letter, its a gift. Somebody could give me $1 million and I wouldn't give this letter up," he said. "For my uncle to find these letters untouched, it was almost like her spirit was sending him to these letters."

Family members described the Zorbaughs as "fighters." Anthony survived the Vietnam War, only to come home and battle drug and alcohol addiction. Fourteen years ago, he suffered a heart attack. Connie performed CPR at the time to revive him, but in recent years, Tony developed dementia. Connie constantly took care of her husband, but the family admitted the round-the-clock care took its toll. By that point, Connie had devoted her life to her family. She worked two jobs to help the family get by. When she was diagnosed with colon cancer, she penned the letters out of fear that she was dying.

"We have been married 32 years now and we have come so far with all the obstacles we've had to endure..."

On Sunday morning shortly after 11:30 a.m., a fire broke out in the living room of the Zorbaugh's Tioga Street home in York. It's believed to have started in an electrical circuit. Tony passed out in the kitchen, and Connie went back to rescue him. She collapsed, and passed away moments later.

"It really is a love story," Connie's brother, Michael, said. "I classify my sister as a hero."

Both died due to the smoke inhalation from the fire, inches apart from one another, the family said.

"What she taught me trying to pull my dad out of the fire," Tony said, "if I could be an eighth of that to my wife, I already hit a home run."

On Thursday, family members gathered at the home of Connie's sister, Sharon Weyant. They told stories, looked at pictures, shed many tears as well as a handful of laughs. In death, Connie and Tony Zorbaugh brought life back to their family, which admittedly had grown apart in recent years.

"I wish we had a long life together to be happy with our sons and their families..."

Friday, a visitation will be held at John W. Keffer Funeral Home at 2114 W. Market St. in York between 6-9 p.m. The funeral will begin Saturday at 11 a.m. at St. Patrick Church at 231 S. Beaver St. in York, followed by the burial with full military honors at Holy Saviour Cemetery. The family had a custom casket built so Connie and Tony could be buried together.