The parents of missing boater Medard Kowalski say they will know on Tuesday if the body found Monday morning near the York Haven Hyrdo Station is their son̵...

The parents of missing boater Medard Kowalski say they will know on Tuesday if the body found Monday morning near the York Haven Hyrdo Station is their son’s. Tonight family and friends gathered at the boat launch in New Cumberland and lit candles to pray for Medard and his family and hope that they’ll soon have closure.

Those who know 17-year-old Medard Kowalski and his family shared memories. Teacher, Danielle Eisner, says she always saw him walking around school in boots and shorts, no matter the weather.

“He was a great kid, I didn’t have him in class but he was one to entertain us with his outfits and so he always put a smile on our face and that’s how he’ll always be remembered,” said Eisner.

Others, shared advice – urging his classmates to stay positive.

“Just remember the good times and laughter and just try and keep them close to your hearts,” said a family friend of the Kowalskis.

Friends held each other tightly and released yellow and blue balloons. Earlier in the day his parents thanked the community for the nonstop search efforts since Medard was first reported missing in late November. He told a friend he was going hunting on the Susquehanna River near New Cumberland, Cumberland County. Rescue crews searched for him but only found his canoe and other personal belongings.

“The entire community pulled together for my son and for my wife,” said Medard’s father, Medard Kowalski Sr.

The Lancaster County Coroner has not released the identity of the body that was found Monday. But, Medard’s father is praying for closure. He spoke about what might have happened to his son on the Susquehanna River.

Medard’s father says the Lancaster County Coroner will conduct an autopsy on Tuesday. Lancaster County is conducting this investigation because the county has jurisdiction over the Susquehanna River. 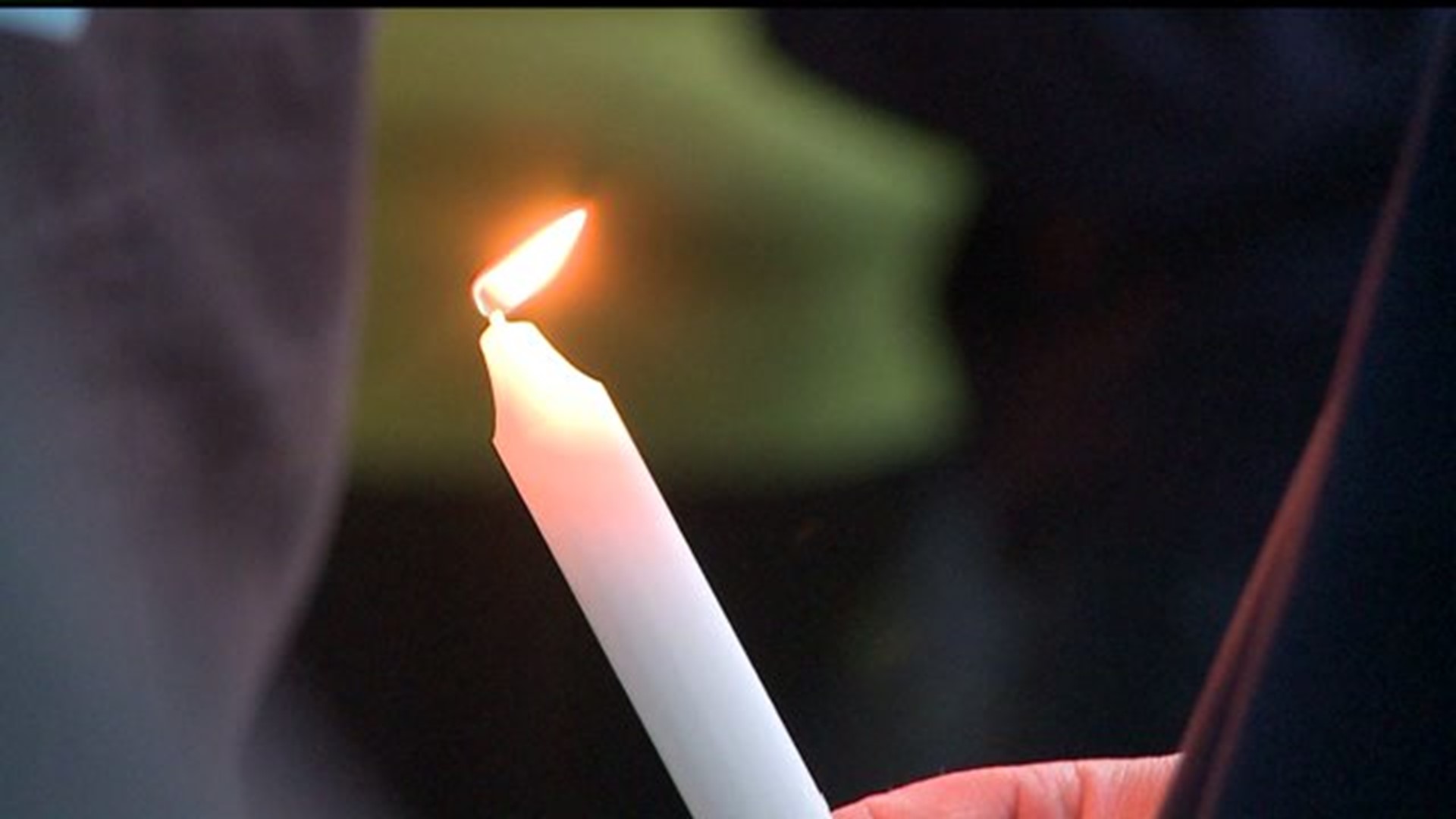