Family of Delaware man who died in custody at York County Prison speaks out, renews push for answers

QUEENS, New York — The family of Everett Palmer Jr. held a press conference Tuesday, alongside their attorneys, to demand answers in Everett’s April... 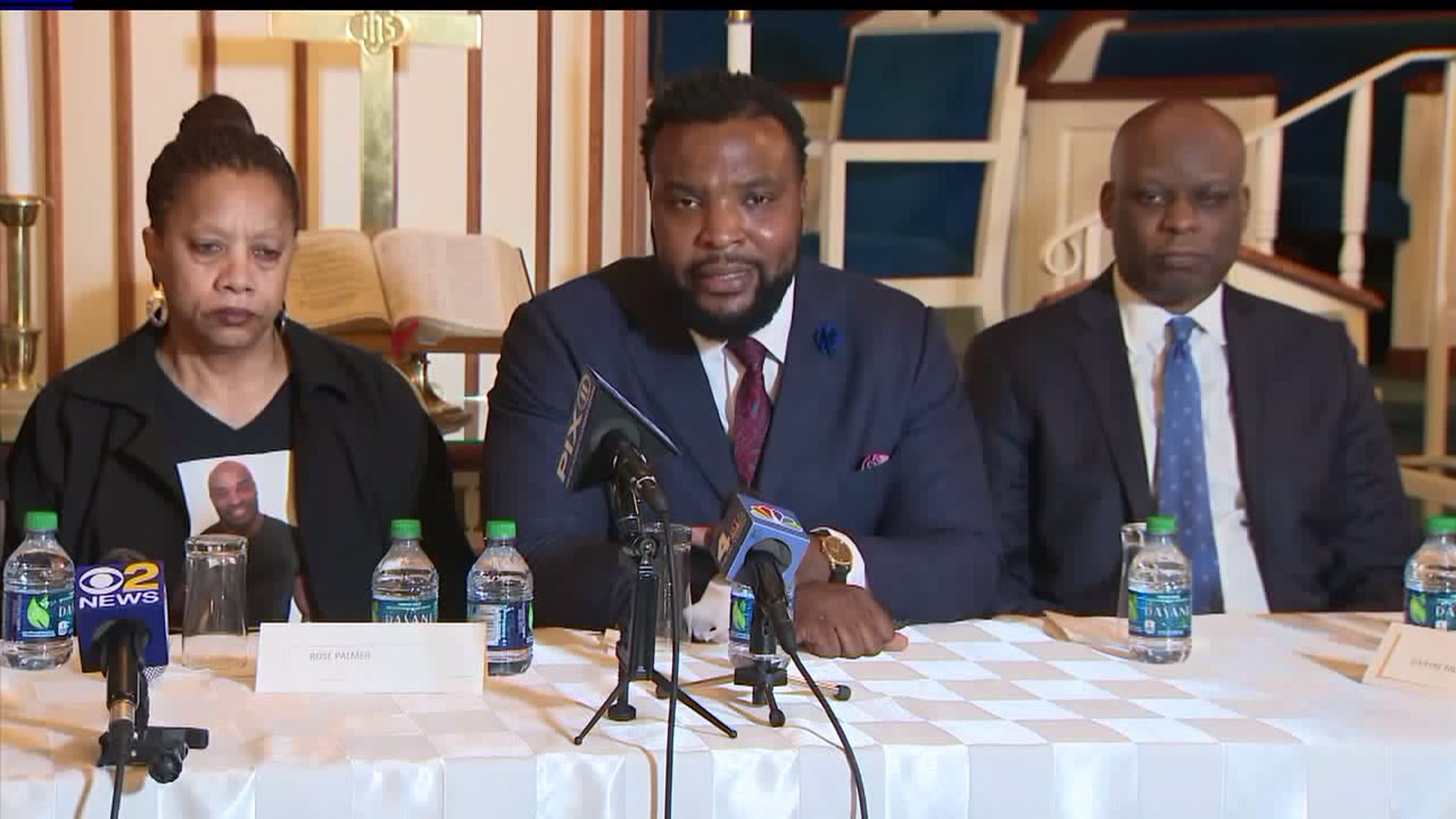 “Since April 9 [2018], I have not had a good night sleep because all I do is think about my child. What happened? How it happened? And because I don’t know, I have all kinds of scenarios going around in my mind and it’s torture,” said Rose Palmer, Everett's mother.

The 41-year old Army Veteran and father of two from Seaford, Delaware died in custody at the York County Prison after he was transferred there from Lancaster County after seeking to resolve an outstanding DUI warrant.

Lee Merritt, a civil rights attorney and lead attorney for the Palmer family, said they're still without a narrative.

“The critical juncture remains: What caused his death? Who is responsible? And who will be held accountable?" said Merritt.

The original press release from the York County Coroner's Office in April 2018 said Palmer became agitated and began hitting his head against the inside of his cell.

He was, eventually, restrained by prison officers.

It states Palmer was taken to the prison medical clinic, where he was noted to be unresponsive.

He later died at York Hospital.

The final autopsy released at the end of July 2018 says Palmer's cause of death was "complications following an excited state, associated with Methamphetamine Toxicity, during physical restraint."

It added a contributing factor to be "probable sickling red cell disorder."

However, they do not understand how meth factored into his death since he would have been without access while he was in custody.

Merritt said they want investigators to determine how or if Palmer obtained meth while in custody.

They also add that his reported behavior in the cell in unlike his character.

The coroner's office ruled out suicide as a cause of death and says the "undetermined" ruling can be changed as evidence comes forward.

Coroner Pam Gay said it can be ruled one of four remaining options: Homicide, Accidental, Natural or Undetermined.

"The investigation is an on-going, active investigation being handled by the Pennsylvania State Police York Station in conjunction with the York County District Attorney’s Office. Due to the open investigation, we cannot comment at this time."

The York County District Attorney's Office maintained it "does not comment on pending or on-going investigations."

Palmer's family believes he was murdered, which is an opinion they've maintained since July.

They cite a finding by a privately hired forensic pathologist, who they say determined Everett's death should be ruled a homicide.

Merritt said they do not believe York County investigators are being transparent in their investigation.

“This family should not have to face the kind of torture they’re going through today, trying to determine what even happened, let alone whether or not what happened was criminal. But what happened at all? This should not be a cloud of mystery surrounding this case," said Merritt.

Gay said those organs were never missing and have always been in possession of the Forensic Pathology Associated at Lehigh Valley Hospital in Allentown.

She said they maintain the chain of custody for those organs during the investigation.

She also explained that the removal of those organs are in "accordance with the National Association of Medical Examiners (NAME) guidelines for Deaths in Custody
during an ongoing investigation."

Marlon Kirton, also an attorney for the Palmer family, said the private pathologist reviewed slides of the throat and brain but said the heart and images of it were not present.

He said the pathologist was only able to review a report regarding the heart.

Gay said the absence of the heart from Forensic Pathology Associates is very common, especially with hearts.

She said FPA maintains the chain of custody "just as it is when law enforcement sends evidence to experts for their evaluation/assessment."

She said it's not uncommon for them to send hearts to outside consultants to seek additional expertise regarding a case.

Gay also said it's an effort they allow, on taxpayer expense, to ensure they "leave no stone unturned" during an investigation.

Merritt said they seek access to the organs so they can do their own DNA testing, casting doubt on whether those organs came from Everett Palmer, Jr.

Gay said the organs will remain with Forensic Pathology Associates until the conclusion of the investigation.

She said drug-related death investigations can take up to one to three years for a conclusion.

Merritt said they want officials to call Palmer's death a homicide, come up with a manner of death that applies standard procedures and release more information on how and what went into restraining Everett while he was in custody.

Gay said the Palmer family was sent a full, details autopsy report that was not released the public that included details on the heart, brain and throat.

Kirton confirmed that the family received the report.