HIGHSPIRE, Pa. — Robert Turner, 73, is described by his family as kind, friendly and full of stories. Turner has been missing since the afternoon of Tuesd... 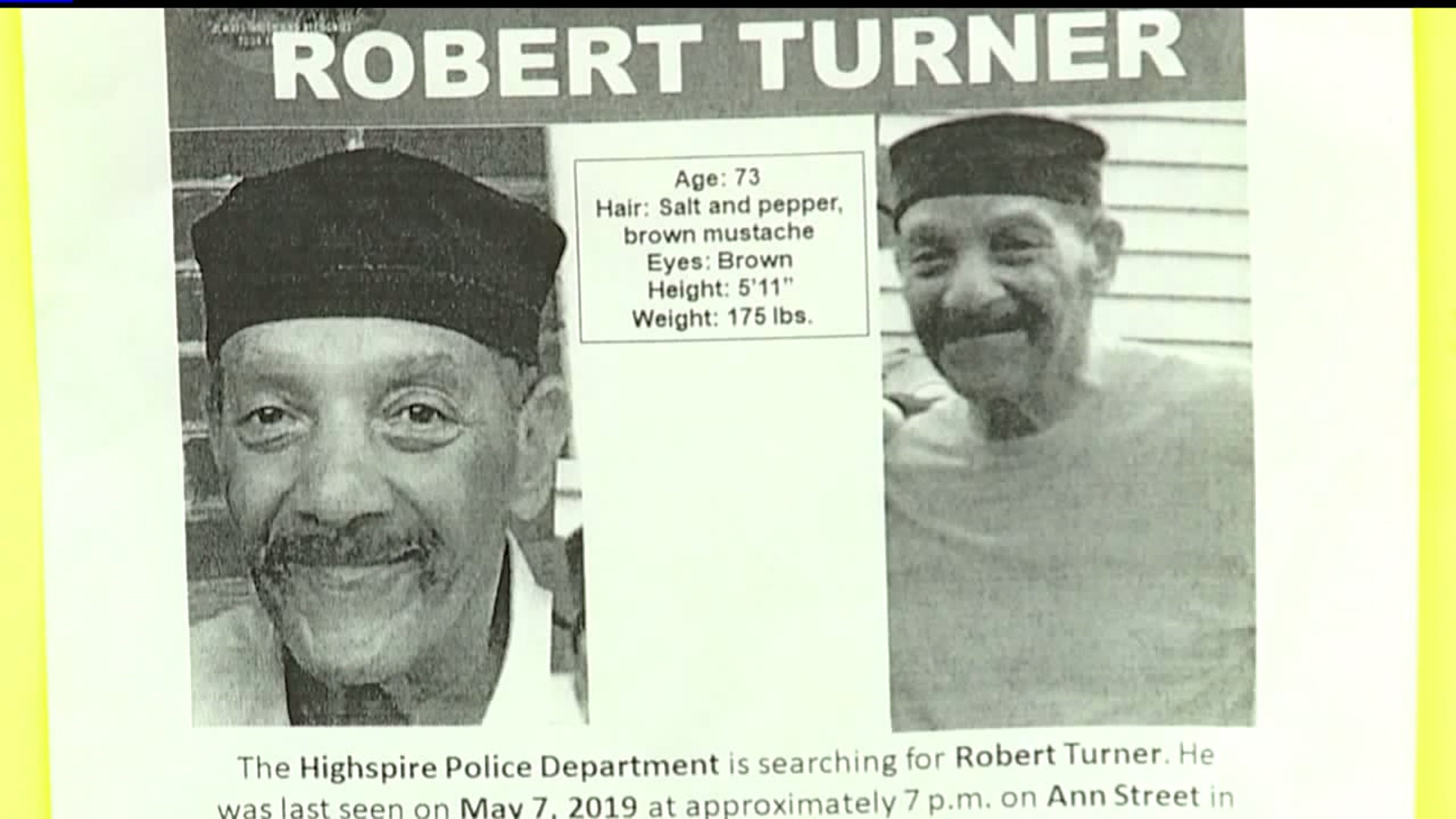 HIGHSPIRE, Pa. --- Robert Turner, 73, is described by his family as kind, friendly and full of stories.

Turner has been missing since the afternoon of Tuesday, May 7.

His family says his last known location is Highspire Apartments on the first block of Ann Street.

One of his sons, Anthony Turner, said he told his caretaker he was going to take a nap.

He said when the caretaker went on an errand, Turner left his room.

Since, Turner said they haven't been able to find a definitive lead on where his father could be.

“There’s a beginning, a middle, and an end to every story. That’s with anybody that’s on this Earth. That’s where we’re at: We got the beginning, we got the middle but we don’t have the end," said Turner.

They're concerned because he is without his needed medication.

“We’re just assuming that he may have talked to someone and went somewhere with somebody and then got disoriented from there," said Turner.

Rose Richardson, a first cousin of Turner's, said his conversational nature can conceal his health concerns.

“He’ll just be talking to you just like I’m talking to you. If you didn’t spend time and know that he had a medical condition, you wouldn’t know,” said Richardson.

On Sunday, more than 40 people gathered in Harrisburg to help search for Robert, spreading out across the area to share images of his face.

“The majority of these people don’t even know my dad but still, they want to help so that just shows that there’s a lot of good out here, you know, in this world,” said another son of Turner, Brian Turner.

One of Robert's cousins, Neicey Sturnes, held signs and passed out flyers with Turner's face.

Turner's family said the most recent supposed sighting of Turner was in the Camp Hill area.

Holding onto their faith, Turner's family said they're seeking help from the public so they can find answers and closure.

“Sometimes no news is good news and that’s what’s keeping our hopes alive because there’s still no news so until we find him, we’ll keep searching," said Brian Turner.

“When it’s your family member, you want to know where they are and if something did happen to him, we want to know that, too,” Anthony Turner.

Turner's family asks if anyone potentially sees him, try and take a picture so they can determine if it's really Robert.

Also, they ask anyone who believes they see him to contact police for a more immediate response.