MANCHESTER TOWNSHIP, YORK COUNTY, Pa. —  A York County family is fighting to keep their emotional support pigs after receiving a 30 day notice to get rid ... 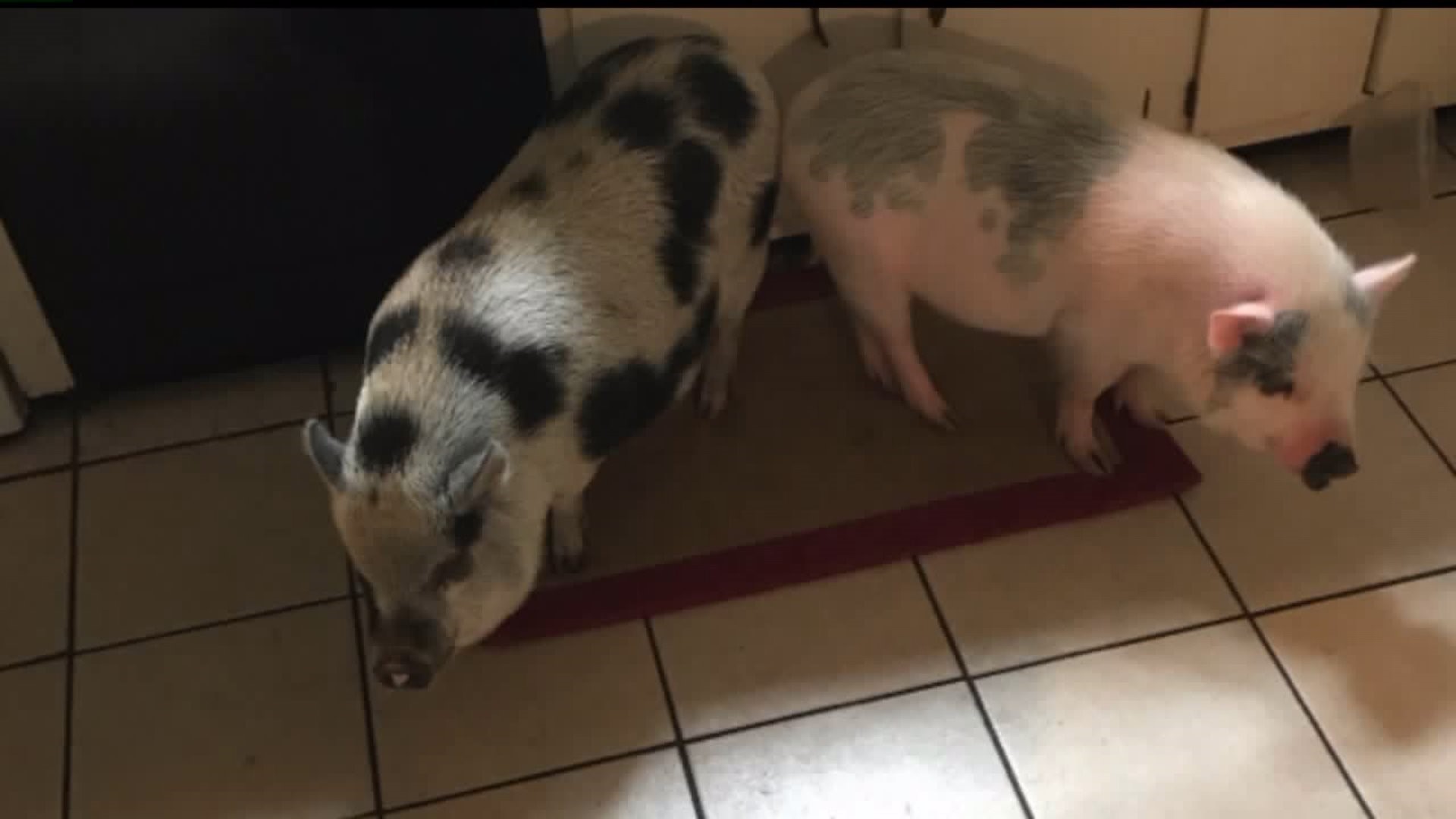 MANCHESTER TOWNSHIP, YORK COUNTY, Pa. --  A York County family is fighting to keep their emotional support pigs after receiving a 30 day notice to get rid of them.

Manchester Township officials say the pigs violate a livestock ordinance, however the Maul family isn't taking no for an answer and is now pursuing further action.

Jessica Maul says Kevin and Lulu have been a part of their family for almost three years.

The potbellied pigs were adopted for emotional support after a death in the family.

Maul says her 12-year-old son Ethan, who suffers from ADD and anxiety was impacted the most.

"It was very traumatic," said Jessica Maul. "As a mother you want your children to be happy and joyful and carefree and just being kids and I didn't see that with him," she added.

After doing some research, Maul says she decided to get two emotional support pigs instead of going with a dog.

"They [dogs] can be loud they can be in your face," said Maul.

"The pigs are calm animals, they're docile," she added.

The pigs have now become a part of the family -- even sleeping in bed with the kids at times.

"They help to calm my son if he's upset even if my daughter is upset or is just having a rough day sometimes just spending some time with the pigs calms them in a way that nothing else can," she said.

However, in late April a letter from Manchester Township changed everything.

The letter asked the Mauls to remove the pigs within 30 days of the ordinance violation or appeal the decision.

The township's pets and exotic wildlife ordinance states 'No livestock and no swine shall be kept on a lot of less than 10 acres in a residential district.'

"They are of no nuisance to this neighborhood in fact more people here are in support," said Maul.

Maul says when she got the pigs -- she didn't think she was in violation.

The pigs are fenced in when outside  and fairly quiet, however she says they spend most of their time inside.

Maul tried appealing the decision with the township and presented her sons medical paperwork along with the support pigs certification -- but officials wouldn't budge.

"I would like to see the township modify their ordinance and recognize the potbellied pig as a pet," said Maul.

We reached out to Manchester Township officials for comment—however they declined to comment on camera — telling us they are simply following policies that are in place.

"I don't know what we'll do if we're told that we can't keep them," said Maul.

"I think the lack of compassion and empathy  in local government is concerning. We are dead serious we will take this as far as we can possibly go to fight to keep Lulu and Kevin," she added.

The next Manchester Township Board of Supervisors meeting is Tuesday August 13.

A petition has also been created on change.org that already has more than two thousand signatures.