SPRINGETTSBURY TOWNSHIP, YORK COUNTY, Pa. — Everett Palmer, Jr. died in April while in custody at the York County Prison but the reason why still isn̵... 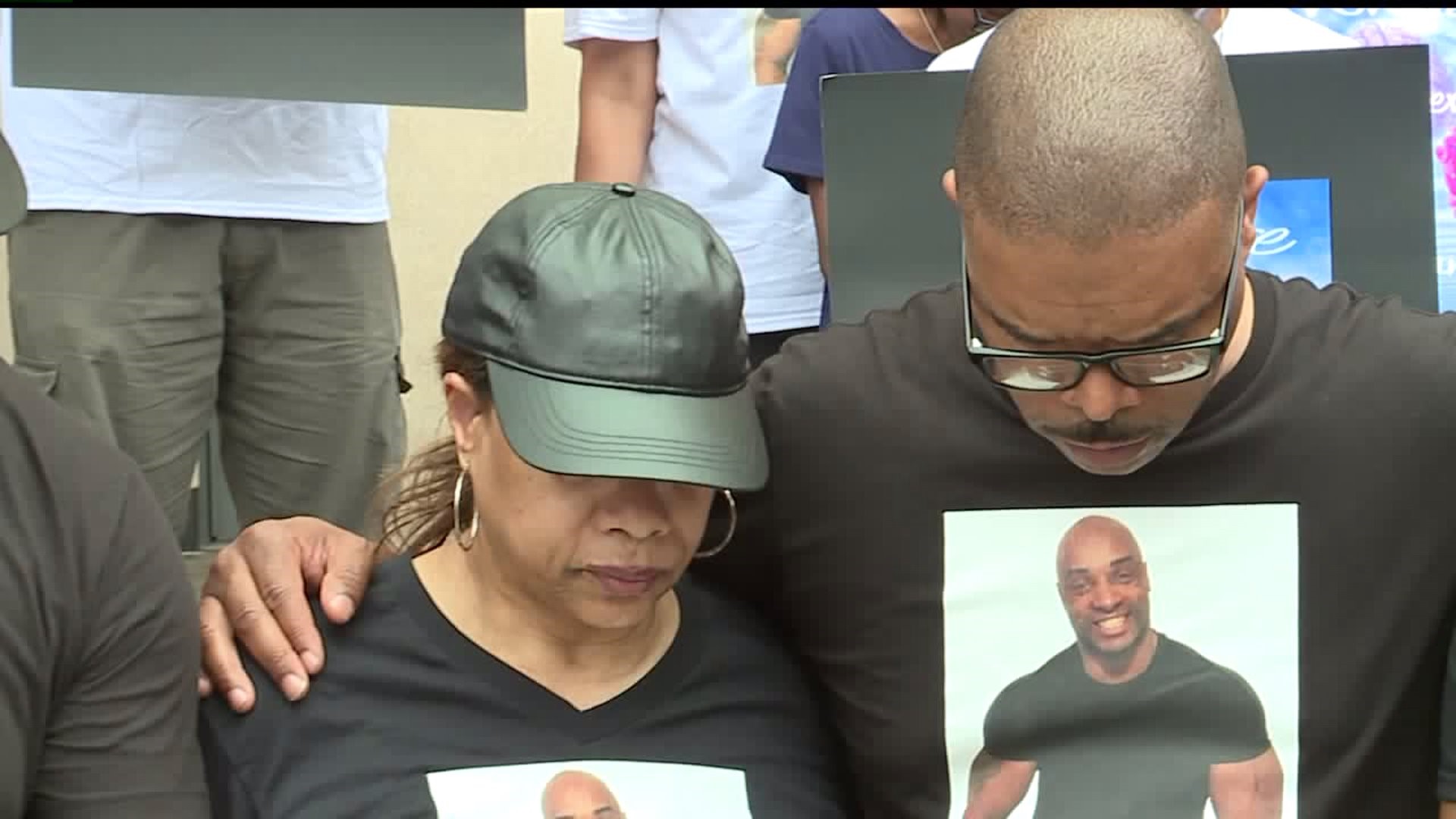 SPRINGETTSBURY TOWNSHIP, YORK COUNTY, Pa. --- Everett Palmer, Jr. died in April while in custody at the York County Prison but the reason why still isn't clear.

Legal counsel for Palmer's family says Palmer, from Seaford, Delaware, turned himself in to Lancaster County authorities in April to resolve an outstanding misdemeanor DUI warrant from 2016.

Palmer was then arrested and transferred to the York County Prison.

An initial release on April 10 by the York County Coroner's Office said on the morning of April 9, Palmer allegedly became agitated and began hitting his head against the inside of his cell door.

York County Prison officers responded to the incident and Palmer was taken to the prison medical clinic soon after the incident.

He became unresponsive roughly 25 minutes later and was pronounced dead an hour later at York Hospital.

Initially, the York County Coroner's Office says they believed his death was caused by hitting his head on the cell door.

However, they say there was no indication that was the cause after the autopsy.

Palmer's family says they were told they'd have a cause and manner of death within 90 days.

York County Coroner's officials says it's not uncommon to go over that time period as they investigate "every angle" of the incident.

They hired a private medical examiner in New York for another opinion on Palmer's death.

They say his initial results do not show injuries consistent with suicide.

"We don't believe he committed suicide. We don't believe that this death was accidental which leaves one conclusion...In our opinion, they killed him," said Marlon Kirton, attorney for Palmer's family.

Palmer's family says they also do not know where Palmer's brain, heart, spine and throat are and worry they've been "outsourced" as part of the investigation.

The York County Coroner's Office says those organs were sent and are currently with Lehigh Valley Hospital Forensic Pathology Associates.

Officials say they always outsource organs of a death investigation to that location due to their expertise.

Palmer's family says they want his organ's back to continue their own private efforts to determine a cause and manner of death and get closure.

"Hopefully, none of you will ever have to lose a child and you'll never have to know the pain. Especially in a way that he has died," said Rose Palmer, Everett Palmer's mother.

The York County Coroner said she recently spoke with the forensic pathologists involved in the investigation and that they expect the results to come "soon."

While palmer's family says that's the kind of information they've grown accustomed to, Kirton said they want an answer or, at least, a timeframe for an answer this week.