FRANKLIN COUNTY — A couple in Franklin County is crediting their rescue dog for saving their three kids from a possible kidnapping.  This comes after a Wa... 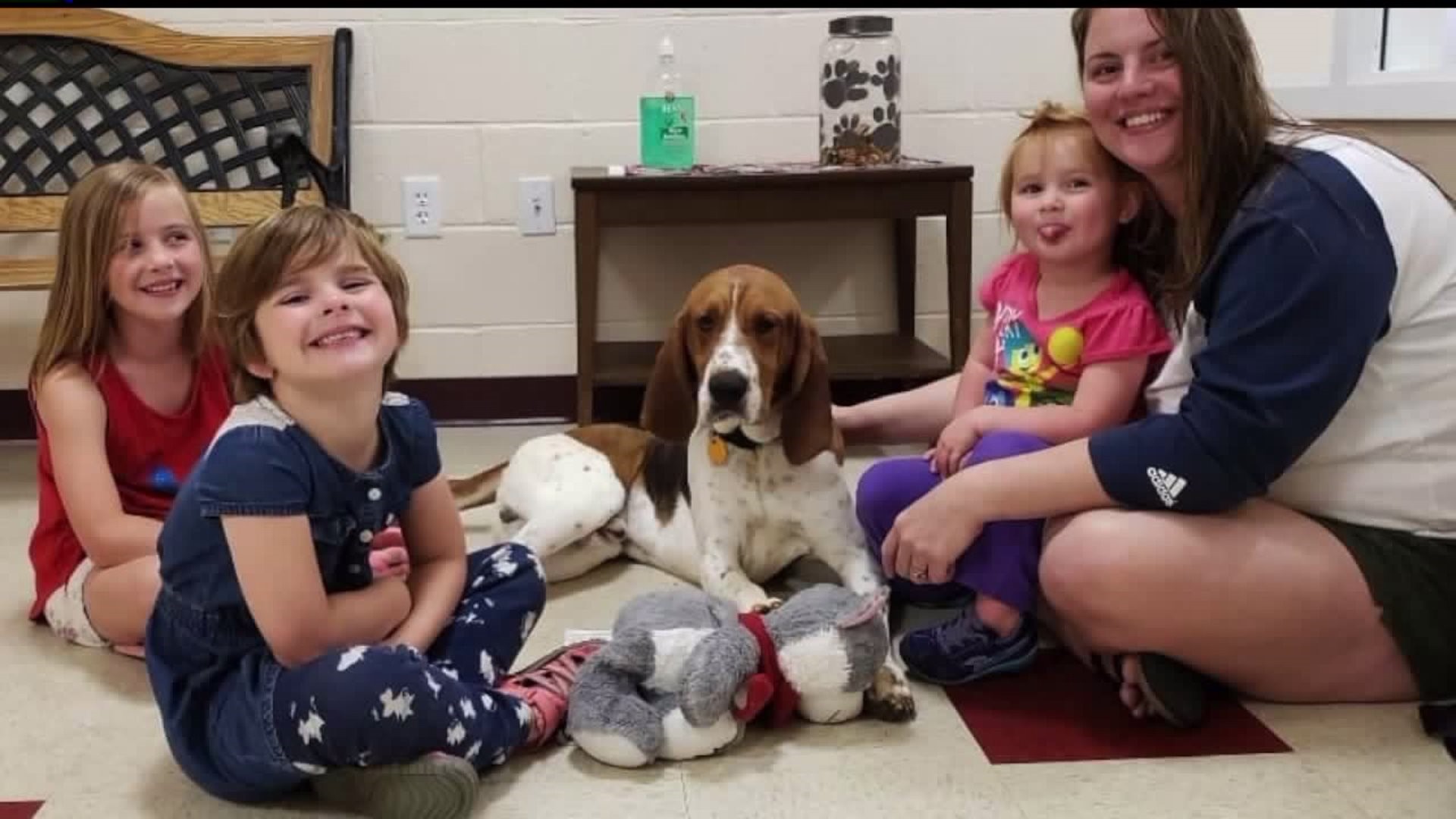 FRANKLIN COUNTY -- A couple in Franklin County is crediting their rescue dog for saving their three kids from a possible kidnapping.

This comes after a Washington Township man confessed to breaking into multiple homes and looking for a child to abduct near Lower Edgemont Road.

The Lambert family says their 4-year-old “Edgar," a hound-mix, rescued them from what could have been a horrifying situation.

“It was like a growl howl with that mixed at the same time," said Lambert. “It was obvious he was really upset and as soon as I got him to quit barking I heard sounds of someone going down the stairs," he added.

Lambert says he called 911 but they didn't find anything.

Just a few days later, 20-year-old Thomas Dewald was arrested for abducting a 4-year-girl down the street from their home.

According to police, Dewald confessed to locking the young girl in a wooden chest under his bed. She later escaped while he was at work.

Police say Dewald also confessed he had scoped out other homes with children after the girl got away.

“He said that he had been in the house and then our hearts really dropped," said Lambert.

Police told Lambert that Dewald came in through a downstairs kitchen window and walked upstairs but was scared off by their dog, Edgar.

"He’s just the biggest goofball ever," said Lambert. “I was like of course it would be this huge like dumb dumb pain in the butt that would  save our save children lives," he added.

The family says they are filled with nothing but love and gratitude for their furry knight in shining armor.

“Without Edgar genuinely who knows where our daughter’s would be right now," said Lambert. "Our family was one hundred percent rescued by our dog that we rescued," he added.

Lambert says he hopes more people consider rescuing a dog, because you never know if they’ll save you.