HARRISBURG, Pa. — Some families across the Commonwealth are urging lawmakers in Harrisburg to increase penalties for DUI offenders. Those families lost lo... 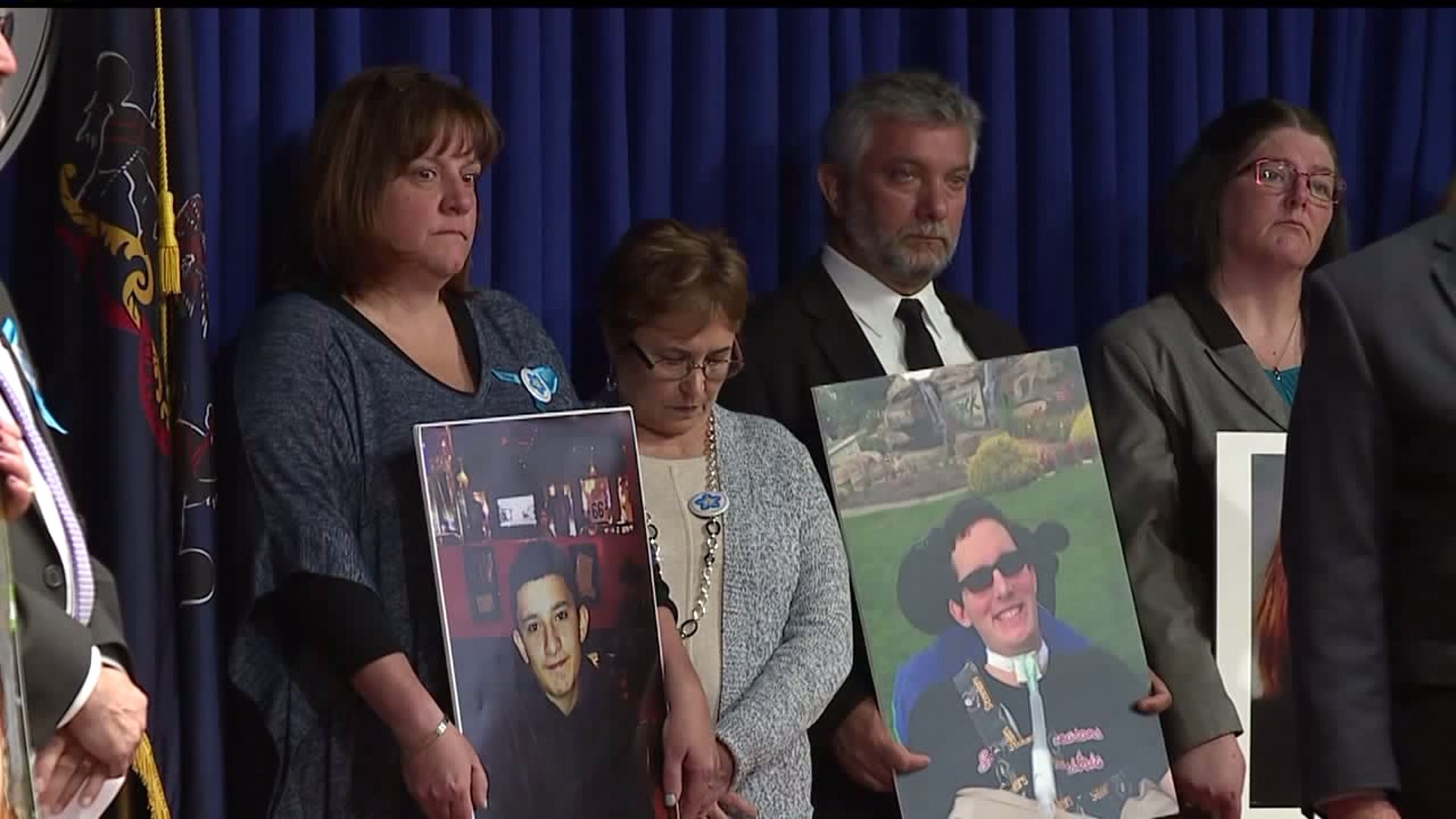 HARRISBURG, Pa. -- Some families across the Commonwealth are urging lawmakers in Harrisburg to increase penalties for DUI offenders. Those families lost loved ones because of DUI crashes and want stricter laws for repeat offenders.

Those families met with lawmakers and local officials, urging harsher laws for high-risk DUI offenders -- meaning repeat DUI offenders, those with a high BAC, of .15 or higher, drugged drivers, or those driving with a suspended license.

State Trooper Kenton Iwaneic was 24 years old when he was killed by a drugged and drunk driver in 2008. His parents spoke with other families in Harrisburg, urging lawmakers to pass bills to increase DUI penalties.

"It's a pain that never goes away. Someone who said time heals all wounds... Not all, not all," said the Iwaneics of Cook Township, Westmoreland County.

The Demkos of Lancaster County also lost a child to a DUI crash, Meredith Demko. According to the district attorney, the driver was a high-risk offender.

"She was killed coming home from the gym on a Tuesday afternoon at 2 o' clock in the afternoon to a high-risk offender," said Chris Demko of Lancaster County.

"Our system, our courts, for the most part, deal with each of these cases as, 'Oh, this is just a DUI,'" said District Attorney Craig Stedman.

"He was high on heroin. He was drunk. He was driving with a suspended license, and he had prior DUIs," added Demko.

District Attorney Stedman says Pennsylvania is not where the state should be with DUI laws. The Commonwealth is one of four states in the country without a felony grading for repeat offenders.

"We're either 48th, 47th, or 49th. In other words, we're about the most lenient in the country when it comes to DUI laws," said Stedman.

Many times, a person's first DUI will not be their last. To understand the laws as they currently are, Stedman compares stealing from Walmart three times -- that third time is a felony to the third degree.

"That empty seat at the dinner table is a constant reminder - our children are not coming home," said Iwaneic.