“If that little bit of rain at three o’clock or at 3:15, and whatever that was that came down on us a few minutes ago wasn’t Zack and Ivan poking fun at u... 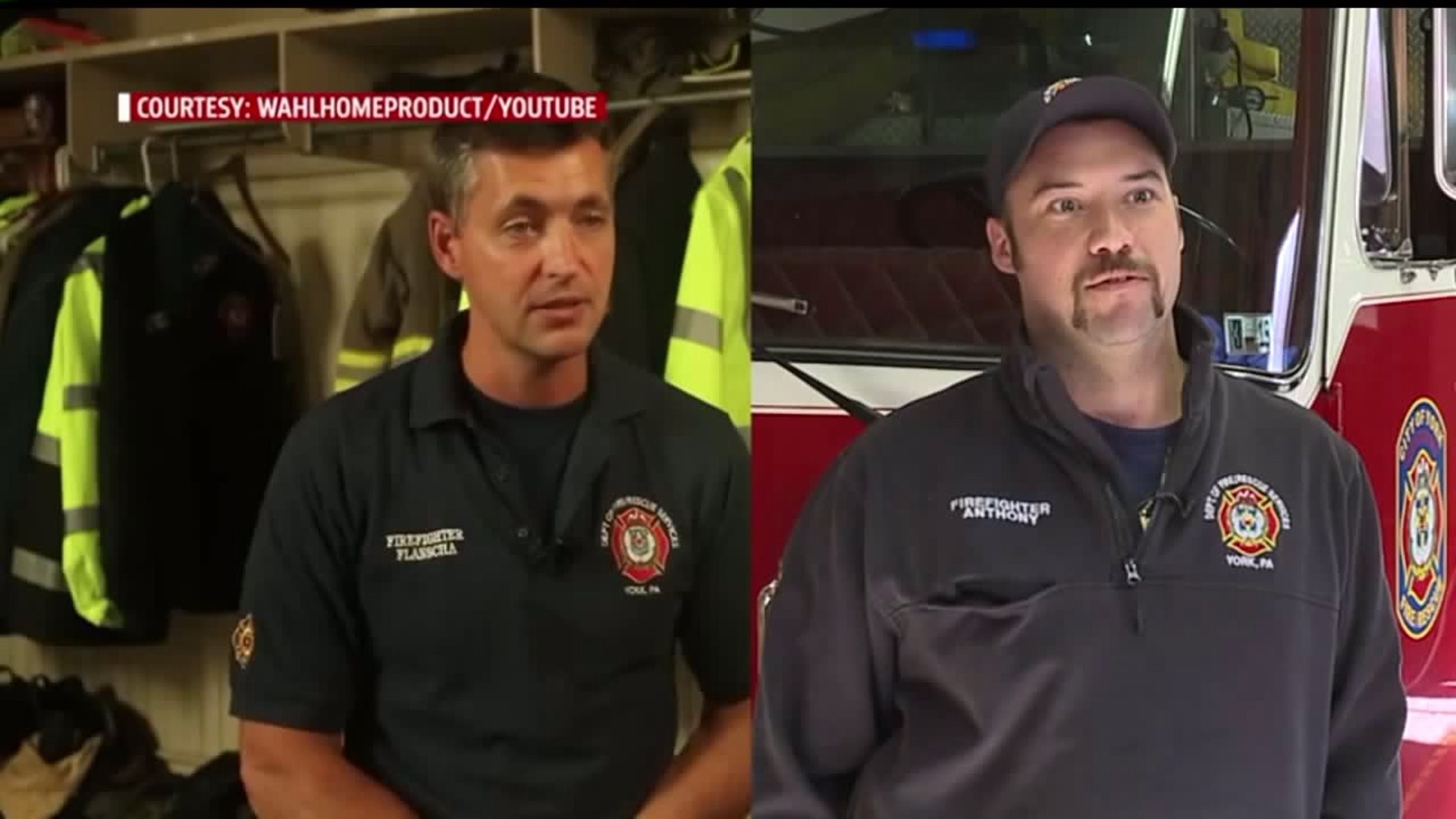 "If that little bit of rain at three o’clock or at 3:15, and whatever that was that came down on us a few minutes ago wasn’t Zack and Ivan poking fun at us and laughing and reminding us of their love, I don’t know what is."

Choosing to laugh on the one year anniversary of a big tragedy in York’s history.

“It’s a rollercoaster of emotions. We have our ups and downs,” said Chief Chad Deardorff with the York City Fire Department.

Today, the lives of Ivan Flanscha and Zachary Anthony are celebrated.

“We want them to be remembered for the people that they were, and that was somebody that loved their job and was good at it” said Chief Deardorff.

The two lost their lives after a fire at the former Weaver Piano Building in York caused the building to collapse, leaving York City shaken for every minute of the last 365 days.

“We tried to heal but now we’re kind of smacked with it again on the anniversary, so here we are. We’re bringing ourselves back together again,” said York Mayor Michael Helfrich.

Back together as a community, gathering at a local church to cry, to laugh, and to remember.

Something York City firefighters have done every day for the last year.

“There’s things that people made that are in the station, we’re working on memorial lockers for them to put their stuff in there, and simple things as we have stickers on our apparatus that have their name, the date of death of the incident on our helmets. It just keeps them on the forefront,” said Chief Deardorff.

In addition to honoring and remembering Flanscha and Anthony, Mayor Helfrich says today should also be an opportunity to appreciate all firefighters who risk their lives every day.

“Everybody here, every firefighter, takes that risk. And it was only a chance that it was Ivan and Zack. So everyone should be respected with that same thinking that these are all heroes,” said Mayor Helfrich.

Chief Deardorff also says it was important to include the community in today’s celebration of life because they were pivotal in helping the Anthony and Flanscha families, along with the entire York City Fire Department get through the last year.