YORK, Pa. — The loss of the two York City firefighters, has brought an outpouring of support from the community. Those who knew them, said that 50-year-ol... 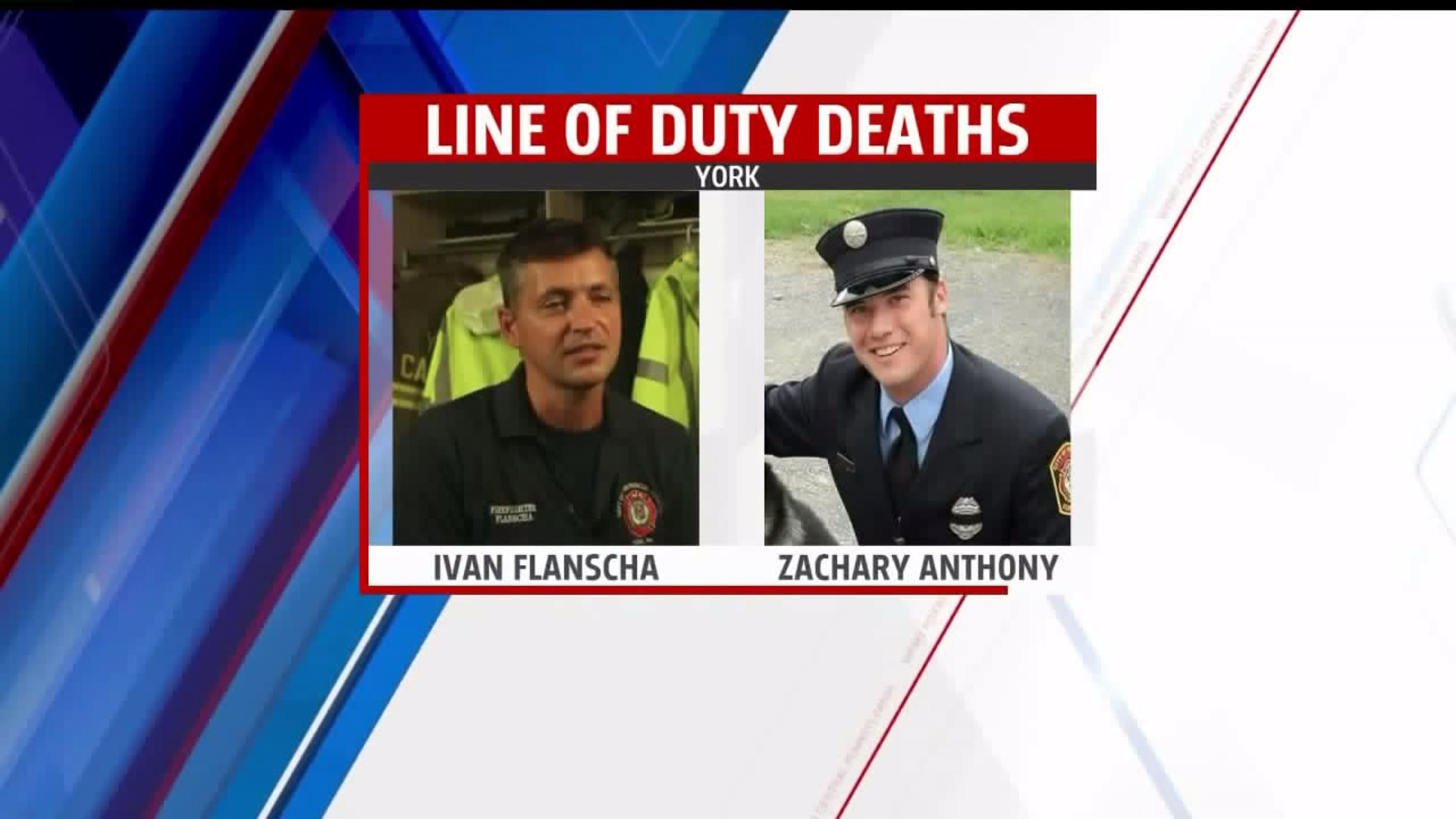 YORK, Pa. -- The loss of the two York City firefighters, has brought an outpouring of support from the community.

Those who knew them, said that 50-year-old Ivan Flanscha, and 29-year-old Zach Anthony were well liked by their fellow firefighters.

Friday was a tough day for members of the York City Fire Department.

The loss of two firefighters brought a tight-knit brotherhood even closer together as they remember Flanscha and Anthony as they lived.

York Mayor Michael Helfrich said "it's a historic tragedy. We haven`t had anything like this in over 100 years."

Firefighters and a community are grieving the loss of two members of the York City Fire and Rescue Services team.

"We're all a tight knit family and they were our blood brothers, and it's just really devastating right now," DeSantis said.

Michaels fondly remembers his two firefighters who died in the line of duty.

"Ivan was very laid back, loved his job, took a lot to get him excited," Michaels said.

"Zach, he was our crazy one. Zach made you laugh. Every time you were around him, it was something funny. Everything he said was funny, and he was just a joy to be around," Michaels added.

Even their appearance in a national commercial recognized them for being 'real guys.' DeSantis echoes those sentiments.

"Zach, he was just a happy go lucky guy, and both of them were excellent interior firefighters," DeSantis said.

"Ivan Flanscha, he was really a family man, and he loved his daughters and his son, and he always talked about them, took them to different events, and that was his life," DeSantis added.

"I knew when I had them on the scene, that that i had a firefighter. I had somebody that I knew could do their job, both of them. Again, I talked about their different personalities, but their both firefighters," Michaels said.

Heroes who served a community, which is now paying tribute and its respects in return.

"Flowers dropped off at our fire stations, people asking what they can do, our stadium down the street has an honor up for them. So, the support has just been overwhelming, and we so much appreciate that," Michaels said.

A GoFundMe page has been set up to help raise money not only for the families of the two fallen firefighters, but for the two injured members in the hospital.