YORK, Pa. — Members of the York City Fire Department alongside family, friends and other first responders came together on Thursday to honor and retire th... 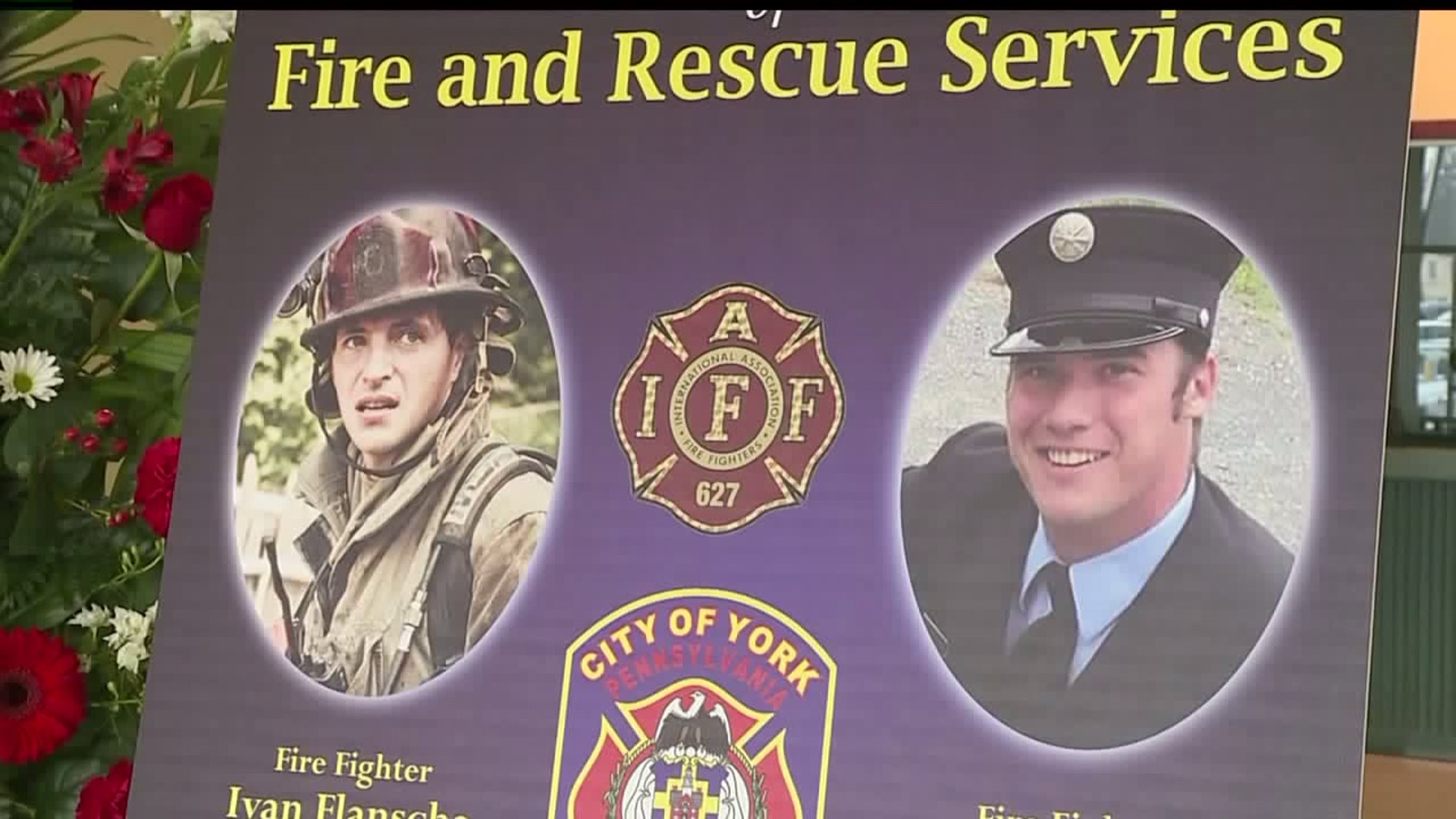 YORK, Pa. -- Members of the York City Fire Department alongside family, friends and other first responders came together on Thursday to honor and retire the badges of two York City Firefighters killed in the line of duty.

Ivan Flanscha and Zachary Anthony were both killed while putting out hotspots at the Old Weaver and Organ and Piano building in York, when it collapsed.

“The badge is a sense of pride and has sentimental value," said Chief David Michaels with York City Fire Department. “Ivan wore badge 46 and Zach wore badge 47, and today, we will officially retire the badges," added Michaels.

Chief David Michaels held back tears as he presented the badges and reflected on the tragic day.

“The collapse is quite possibly the most complex rescue operation in our department history," said Chief Michaels.

“With these badges displayed, we will continue to honor our fallen," said Chief Michaels.

Both Flanscha and Anthony’s wives were also recognized in honor of their sacrifice.

“I think I was okay at the beginning and then they brought the badges out," said Casey Flanscha, widow of Ivan Flanscha.

“It brought back a lot of memory however it was great. It was a really good touching moment months later a good tribute to my husband," she added.

“We knew this was going to be hard going into this but we knew we had to do this," added Chief Michaels.

“But the support is definitely what is getting us through this," he added.

“It’s the perfect tribute, perfect way to display the boxes and badges that are going to hang forever," said Micheals.

Both Flanscha & Anthony’s badges will be placed at the York City Fire Station alongside other fallen brothers.