A fallen hometown hero’s best friend is mourning the loss of his master.  Corporal Matthew Hanes, of Manchester Township, passed away two weeks ago.  His ... 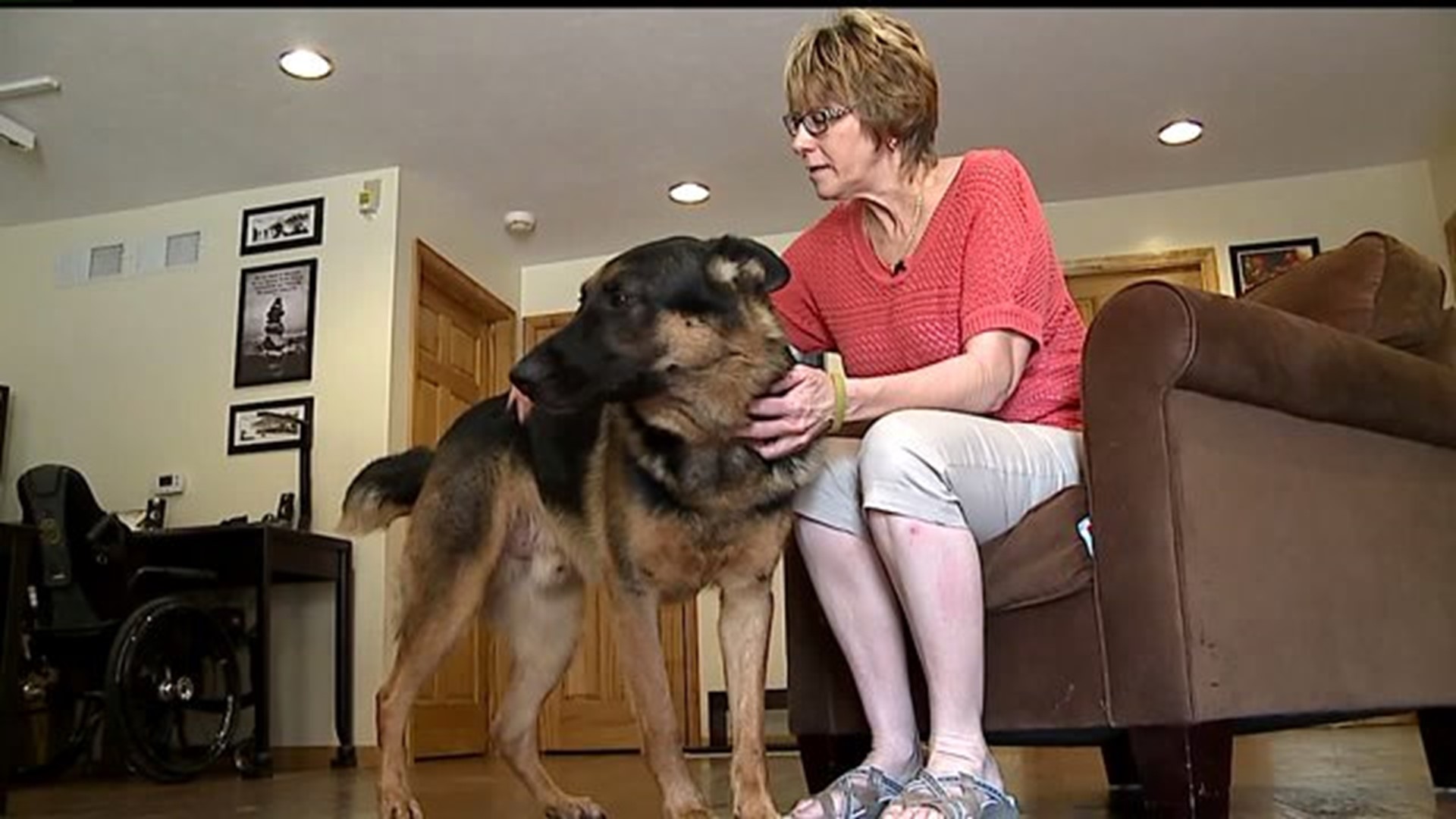 A fallen hometown hero's best friend is mourning the loss of his master.  Corporal Matthew Hanes, of Manchester Township, passed away two weeks ago.  His service dog, Jackson, is now helping Hanes' loved ones get by.

Jackson, the German Shepard, has been with Hanes since he was a young puppy.  Hanes returned home to York County in 2013, after he was shot while fighting in Afghanistan.  He was paralyzed from the neck down.  Then he suffered a blood clot which ultimately stopped his heart.

Chris Hanes is Matthew's mom.  She explains how he and Jackson first met saying, "The first time Jackson walked in the door he ran over to Matt and put his paws on his lap, so we knew it was meant to be."

Chris says two years ago, the unbreakable bond between her son and Jackson began.

"It was great, like best friends.  Jackson and Matt bonded at first sigh and continued to be that way...They work hard together, they train together and it's a bond for ever," says Chris.

Then two weeks ago, Jackson said a final goodbye to his best friend.

Chris says , "Walking around like he's looking for something or, he comes in and crawls on Matt's bed and lays down that's where he always slept."

Jackson and Chris now turn to one another for support.

Chris says, "Jackson and I help each other through this because he is smarter than you think, they understand something's going on."

They're like best friends, moving forward side by side, in honor of the man who loved life to the fullest.

Chris says, "Matt was always my hero and inspiration, he always will be.  And Jackson is just part of that, so Jackson will always be an inspiration to me."