YORK COUNTY, Pa.– As the one year mark of the Weaver Organ and Piano Building collapse that claimed the lives of two York City Firefighters approaches, lo... 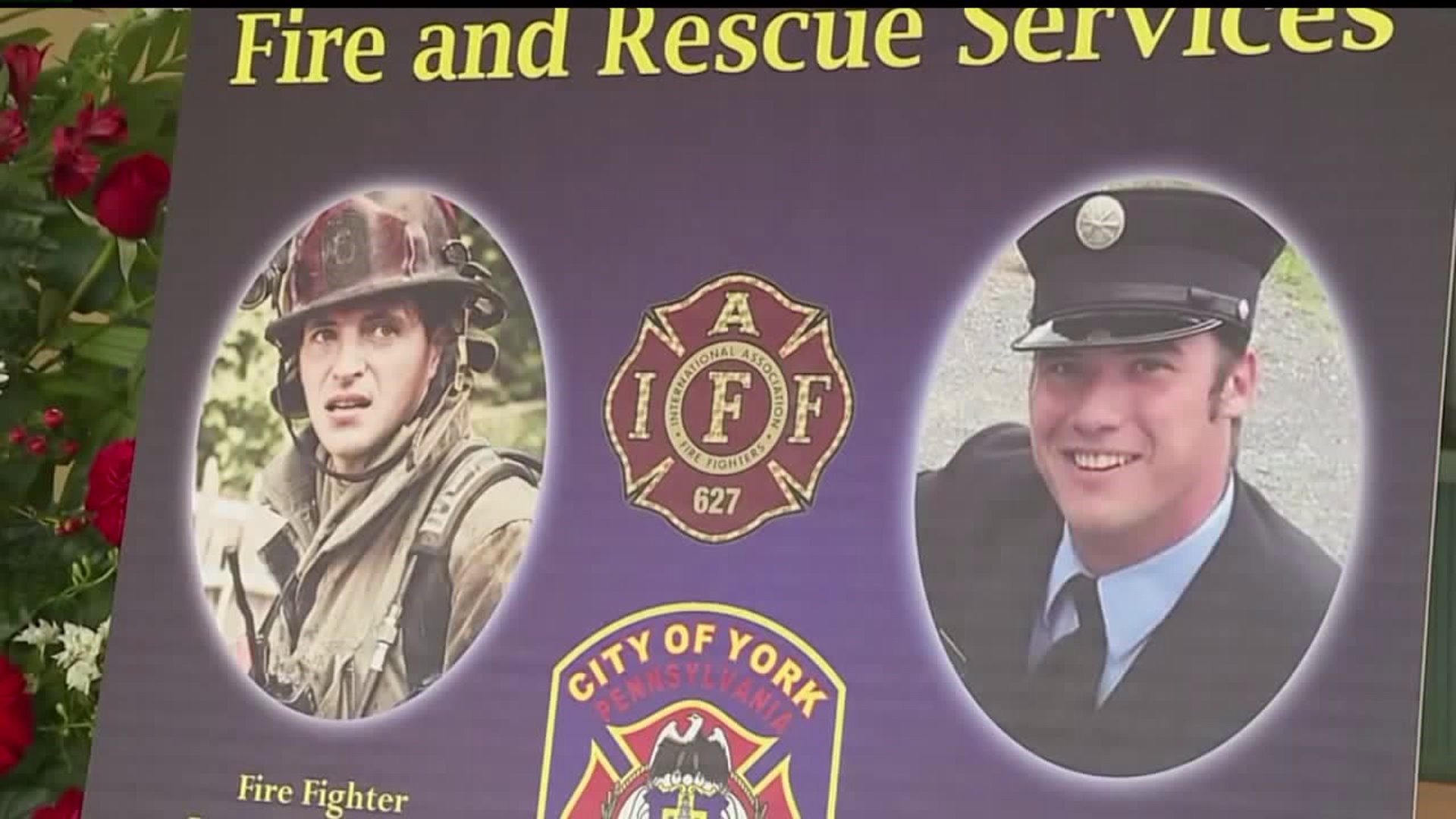 YORK COUNTY, Pa.-- As the one year mark of the Weaver Organ and Piano Building collapse that claimed the lives of two York City Firefighters approaches, loved ones are looking back over the past year and doing what they can to keep their memories alive.

On March 22, 2018, four firefighters were putting out hot spots on the 4th floor when the building collapsed.

The other two, 29-year-old Zach Anthony and 50-year-old Ivan Flanscha, lost their lives that day.

Ivan's widow Casey Flanscha,  has relied on her faith to get by.  "I think the hardest part of the past year was watching the kid, if you want the truth... and his mother. I really prayed every day that the kids and his mom can you know, somehow find some light and find something positive in all of this. It's been difficult, to say the least. A lot of people ask how the kids are doing, but there's not really an answer for that... they are doing the best that they can,"  she said.  The couple of 13 years shared 5 children together.

Firefighter Swanson wanted to honor Zach and Ivan's passion to serve the community.

Partnering with the Elks Service Organization to raise funds, they created three annual educational scholarships to keep their memory alive.

"I wanted them to question me and say why is there 47 cents on the end of this, it will lead to dialogue, hopefully, and I can say it was because of this man," Swanson said.

More information on the scholarship fund can be found here.

A celebration of life service will be held in honor of the 2 fallen firefighters on March 22nd at 7pm at St. Matthew Lutheran Church on West Market Street.  It is open to the public.

*FOX43 did reach out to Brooke Hoffman, the widow of Zach Anthony, but she respectfully declined to be a part of our story.