EAST DONEGAL TOWNSHIP, LANCASTER COUNTY. — The Bureau of Alcohol, Tobacco and Firearms is now offering $20,000 for info after 704 pounds of explosives and... 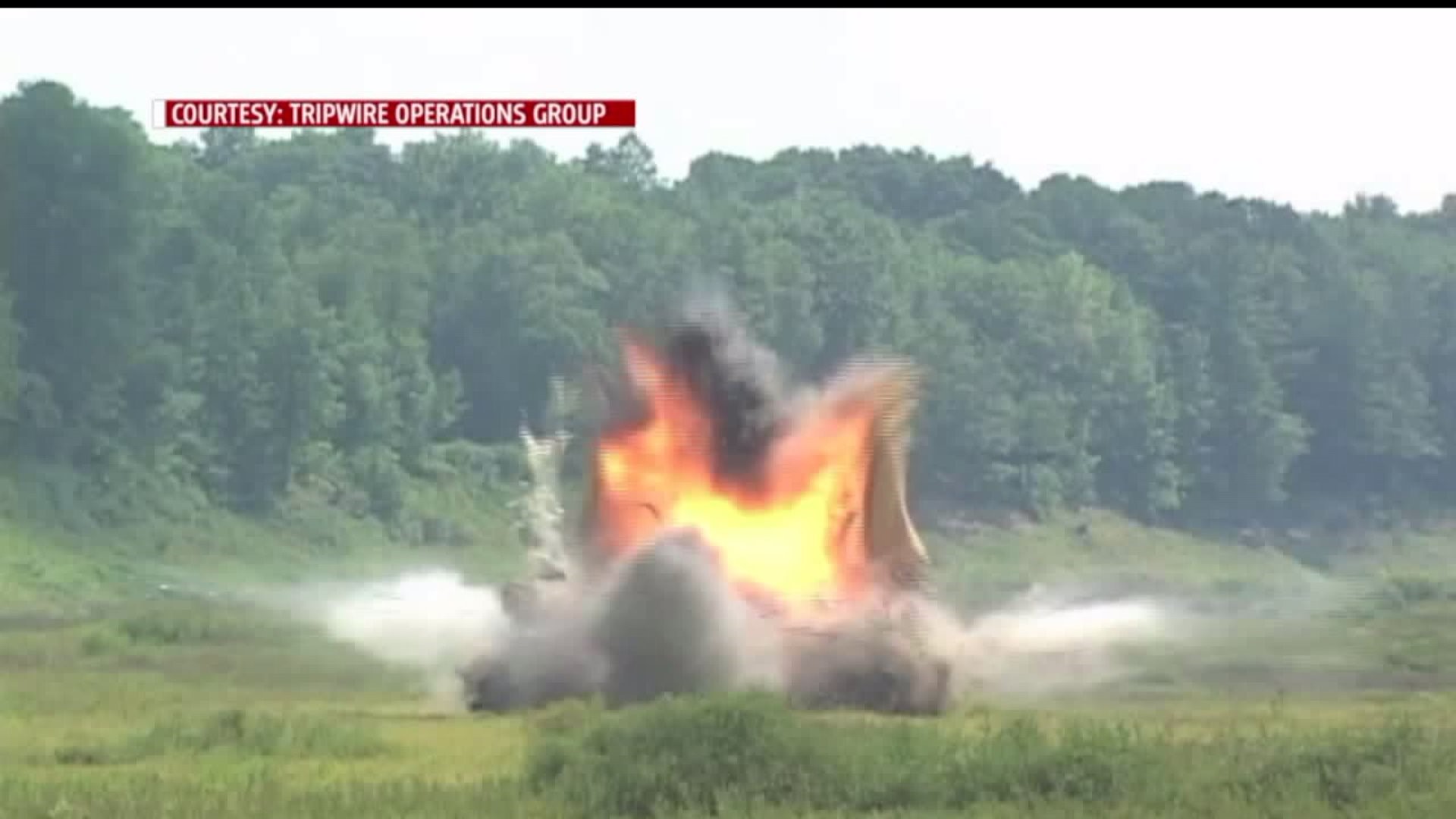 EAST DONEGAL TOWNSHIP, LANCASTER COUNTY. --- The Bureau of Alcohol, Tobacco and Firearms is now offering $20,000 for info after 704 pounds of explosives and 400 blasting caps were reported stolen on Monday an Atlantic Sunrise Pipeline worksite.

Ryan Morris, owner and CEO of Tripwire Operations Group said Pennsylvania has one of, if not the most, strict rules in regards to storing explosives as the commonwealth puts more regulations on top of ATF rules.

"The state of Pennsylvania goes above and beyond to safeguard the public from thefts of explosive materials," said Morris.

He said they're required to store their explosives in type two magazines, which are built with quarter inch thick metal plating and layered with steel and hardwood.

They need advanced lock systems, such as a five-pick lock, and a Commonwealth-required alarm system that notifies them of any tampering or openings.

They're also required to have an interior and exterior perimeter set around the storage site, including a gate and stone blocks to prevent easy access to the storage.

"Generally, at least once a month, we do a full 100 percent inventory to make sure there is no loss of material, at all," said Andy Pottorff, explosive operations manager.

ATF officials say the security company for the pipeline worksite discovered a truck trailer's door ajar with locks missing on Monday after employees left the site on Friday, April 13.

On the Pennsylvania Department of Environmental Protection’s website, it says "explosives must be stored in storage magazines approved and licensed by DEP."

A spokesperson with the DEP issued the following statement: "DEP issues permits for blasting activity, which includes requirements for secure storage. DEP is assisting the ATF with their investigation, and will be pursuing appropriate enforcement actions against the permittee, if it has been determined they did not meet their permit requirements on the storage of explosives. The Blasting Activity Permit (BAP) was issued to Gregory General Contr., Inc.; that permit is currently suspended and all blasting authorized by that permit has ceased. The matter remains under investigation."

ATF officials say there "was security on-site but did not witness the theft."

They also added the truck trailer was a Type 2 Magazine, "however, theirs didn't meet the specifications laid out by ATF regulations."

Morris said that amount of explosives should "absolutely" be cause for concern.

"Two pounds of explosives in a vehicle makes a vehicle go away," said Morris.

Theft and possession of stolen explosives is a federal offense, punishable up to 10 years in prison.