HARRISBURG, Pa. – There are 6,000 animals at the Pennsylvania Farm Show. This year poultry was banned. “In the midwest we lost about 48 milli... 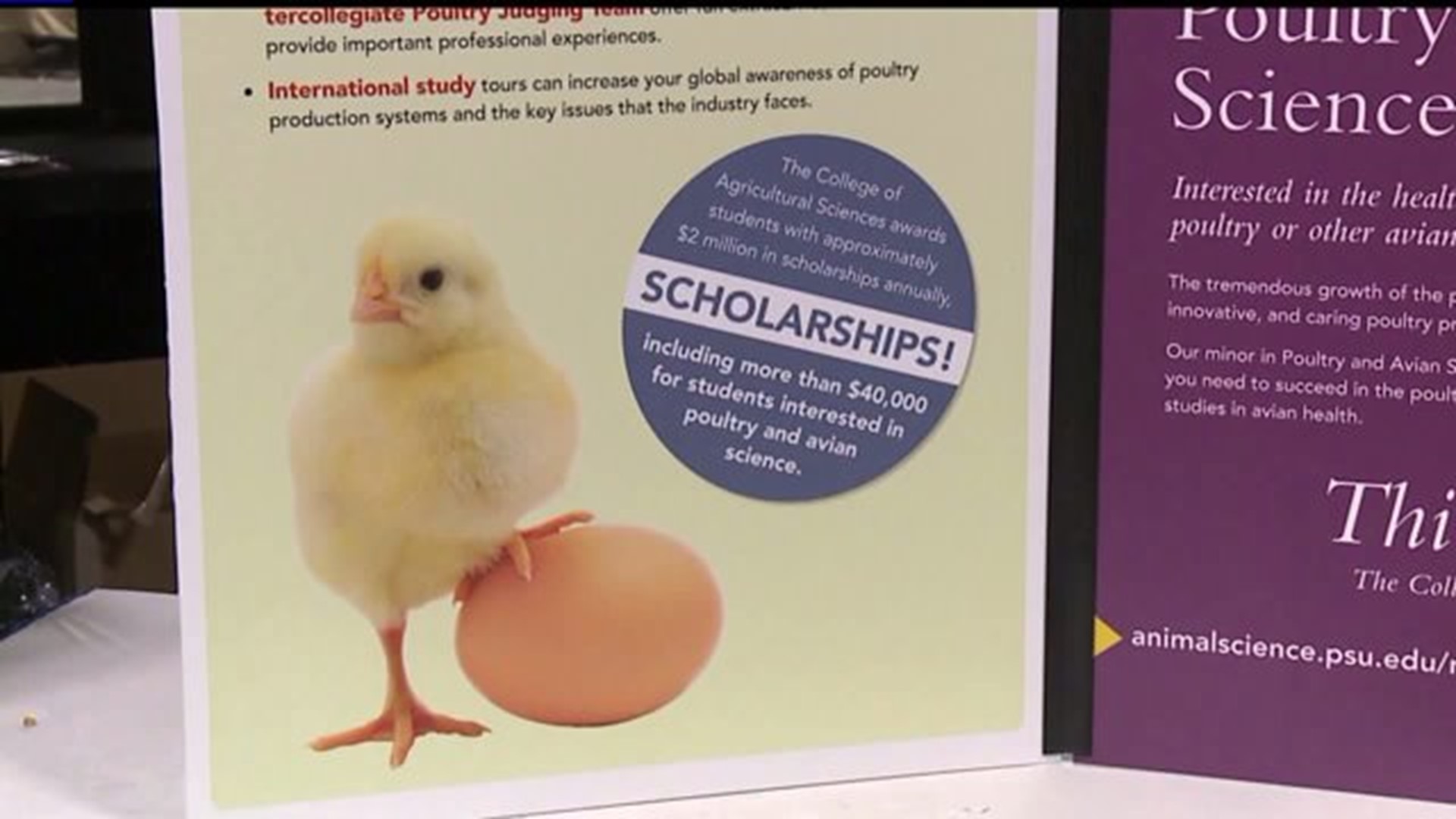 HARRISBURG, Pa. - There are 6,000 animals at the Pennsylvania Farm Show. This year poultry was banned.

"In the midwest we lost about 48 million birds due to a disease called avian influenza," said Penn State University Associate Professor Mike Hulet.

"The department of agriculture made a very hard decision this summer to ban all poultry exhibitions," said Chris Pierce of Heritage Poultry management services.

Many people are disappointed. This is only the second or third time birds have been banned in the show's 100 year history. Influenza did not affect any Pennsylvania farms, but the department was nervous. Birds, at the show, come from all over the state and if one bird had had it, it could have spread easily.

There has not been an avian flu outbreak since June of 2015. The flocks are being re-established. Organizers are hopeful birds will be back next year.