HARRISBURG, P.A. — This fall, Harrisburg University of Science and Technology will unleash its newly-founded varsity ESports team. In the meantime, itR... 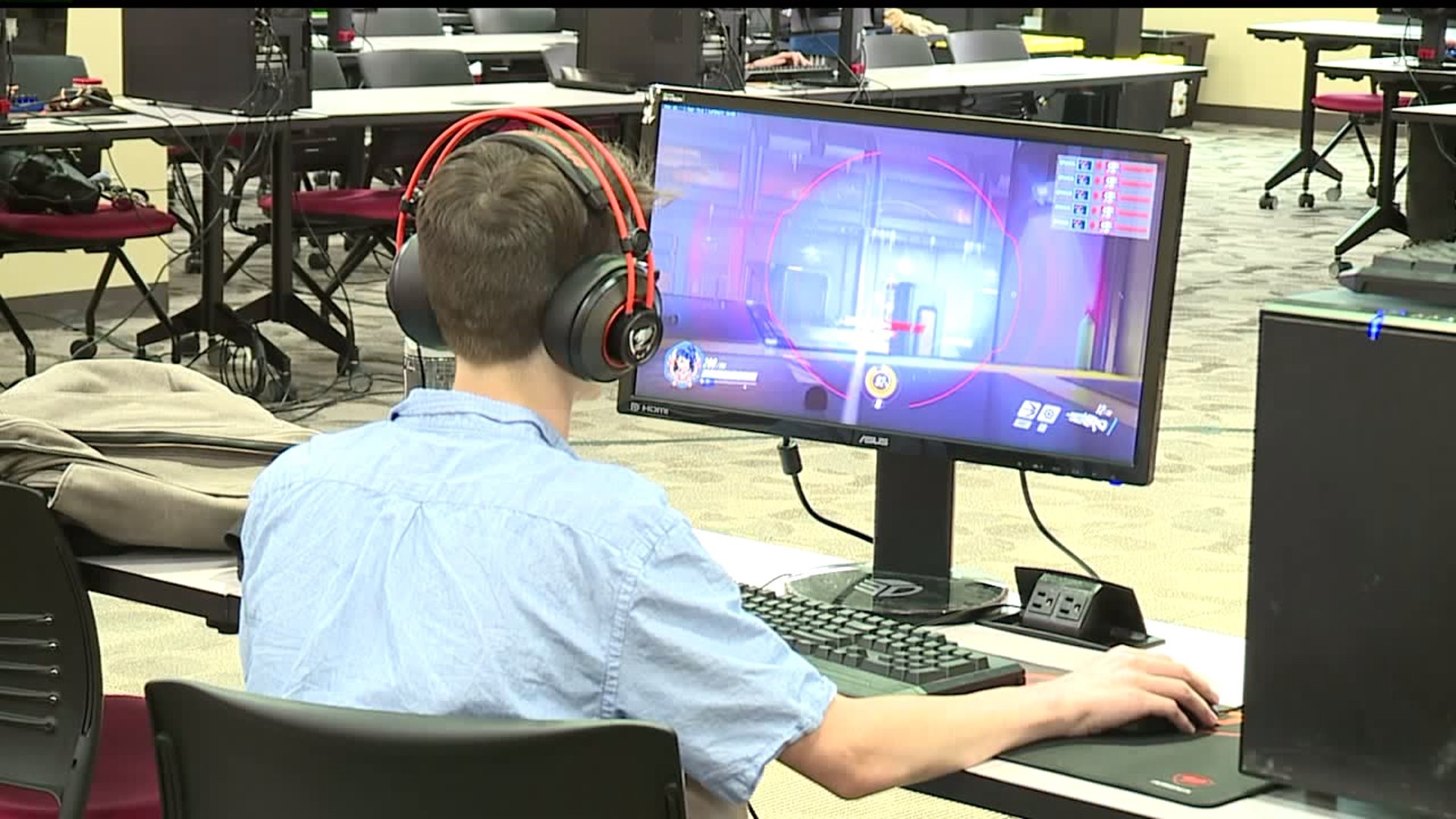 In the meantime, it's never too early to start training potential future athletes.

This is week, the university is hosting its first immersion boot camp for high schoolers.

That includes students in Pennsylvania, as well as neighboring states such as New York and Maryland.

Geoff Wang, head coach of the Harrisburg University ESports team, said they're looking for students to set goals for themselves.

He said they will aim to teach students mindset approaches, such as turning frustration into optimism.

"Those are all things, I think, we can work on and things that, I think, most people don't realize occur in ESports the way they do in regular sports," said Wang.

It's a one-on-one approach gamers like Sebastian Catalano from Pottstown said he didn't think they'd ever receive.

"I just thought I'd have to get naturally good, by myself. I wouldn't think I would ever get coaching from any ESports coaches," said Catalano.

Chad Smeltz, ESports program diretor at Harrisburg University, said the camp isn't eyes to the screen from 9 am to 5 p.m.

They're including a classroom component aiming to teach students skills outside of the computer.

She said ESports helps students socialize in a digital world.

"It's bringing people with like interests together. People always assume that just because it's digital, it's kind of sucking kids into something. But I've made a lot of friends through playing video games," said Daggs.

The camp runs through Friday, June 22.

The three computer-focused games at the camp are Hearthstone, League of Legends and Overwatch.