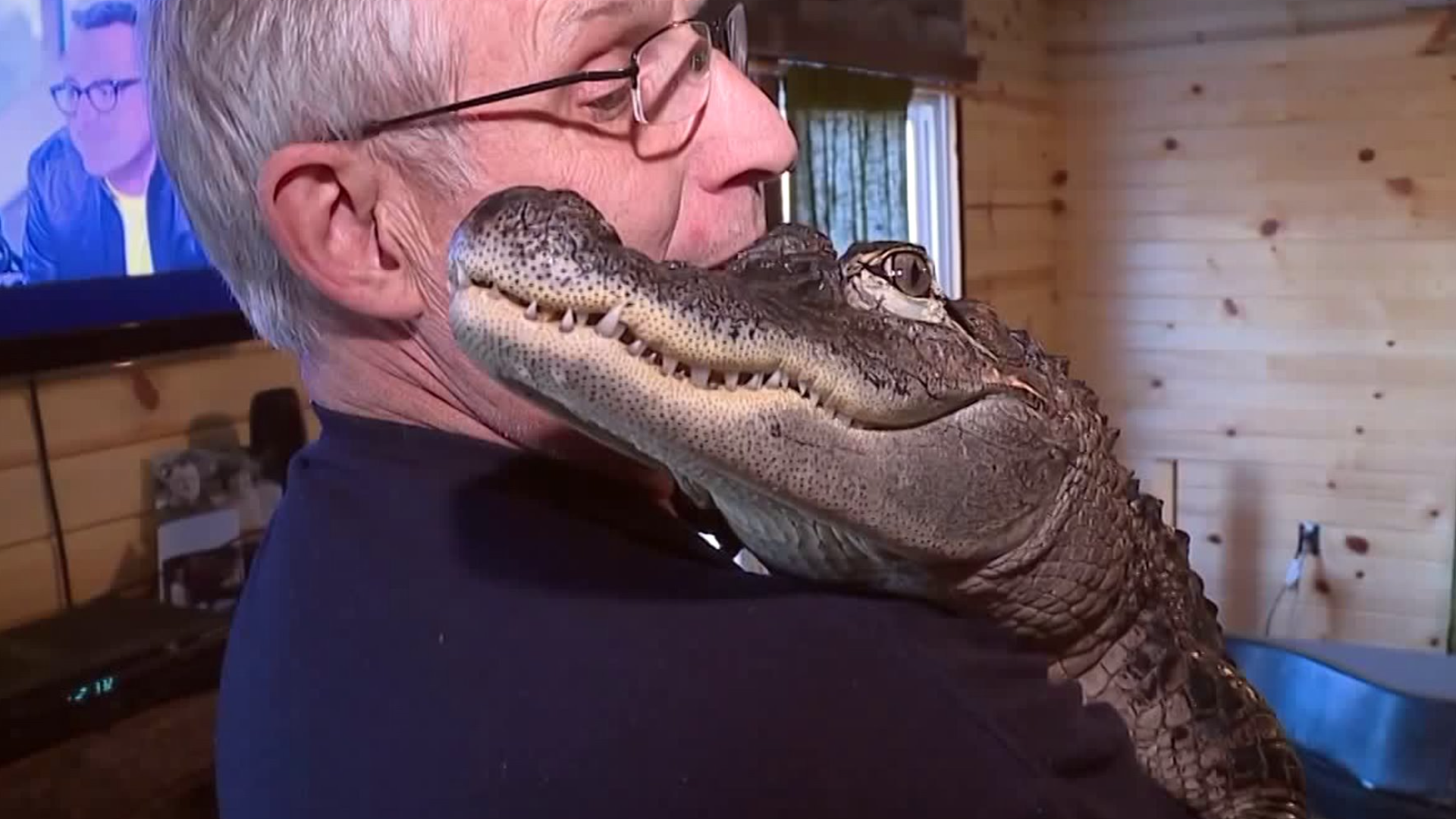 It's a 5 foot long, roughly 60 pound alligator named Wally who helps Joie Henney with his depression.

Joie Henney kisses Wally on the nose at his Newberry Township Home; it's a bond most people will not understand.

Some might say it's a little "tough" love between the 65-year-old man and his reptile.

“He’s not allowed to be my pet anymore because he is my licensed emotional support animal," explained Henney.

Henney even has the card to prove it.

“He’s affectionate. He’s loving. He loves to cuddle, and he loves giving hugs," he said.

He apparently even loves cozying up next to complete strangers.

Henney rescued Wally in Florida; the alligator was a little older than a year.

Since then, Wally has a home with his very own pond and even the company of two other alligators that the family rescued.

“At first, I thought it was crazy, but then I warmed up to it. Being with him [Joie], you realize there’s a lot of other wild animals, and he’s the craziest of the animals!” laughed Chris Young, Caswell's son.

He knows his size might not be welcomed at the dinner table.

In other places, Henney says his Walligator is greeted with open arms.

“Lowes - there’s quite a few people who get to hold him and stuff, and then they get in trouble... 'you’re supposed to be working, not playing with gators!" said Henney with a smile.

Henney swears Wally wouldn’t hurt a fly... okay, maybe a fly, but not a person.

“Lions and tigers and bears are… alligators are really different from that. They are really mild. They don’t like biting people," he said.

Since bringing Wally home, Henney says the alligator hasn't tried to bite him once.

In fact, Henney says he’s learning how much people benefit from having an alligator around.

“We’re getting letters from autistic children, from people with anxiety that have been around alligators - 'yes, it works. It helps us,'" he explained.

He says his Walligator won’t be going anywhere, anytime soon.

Henney plans to build a larger home for Wally and the two other alligators that live at his home later this year.

Henney tells FOX43 donations given to the family on behalf of Wally help feed the homeless in York County.