The Dillersville swamp in Lancaster is home to all kinds of critters. “We have mink, we have fox, deer, giant snapping turtles,” said David Kilmer, ... 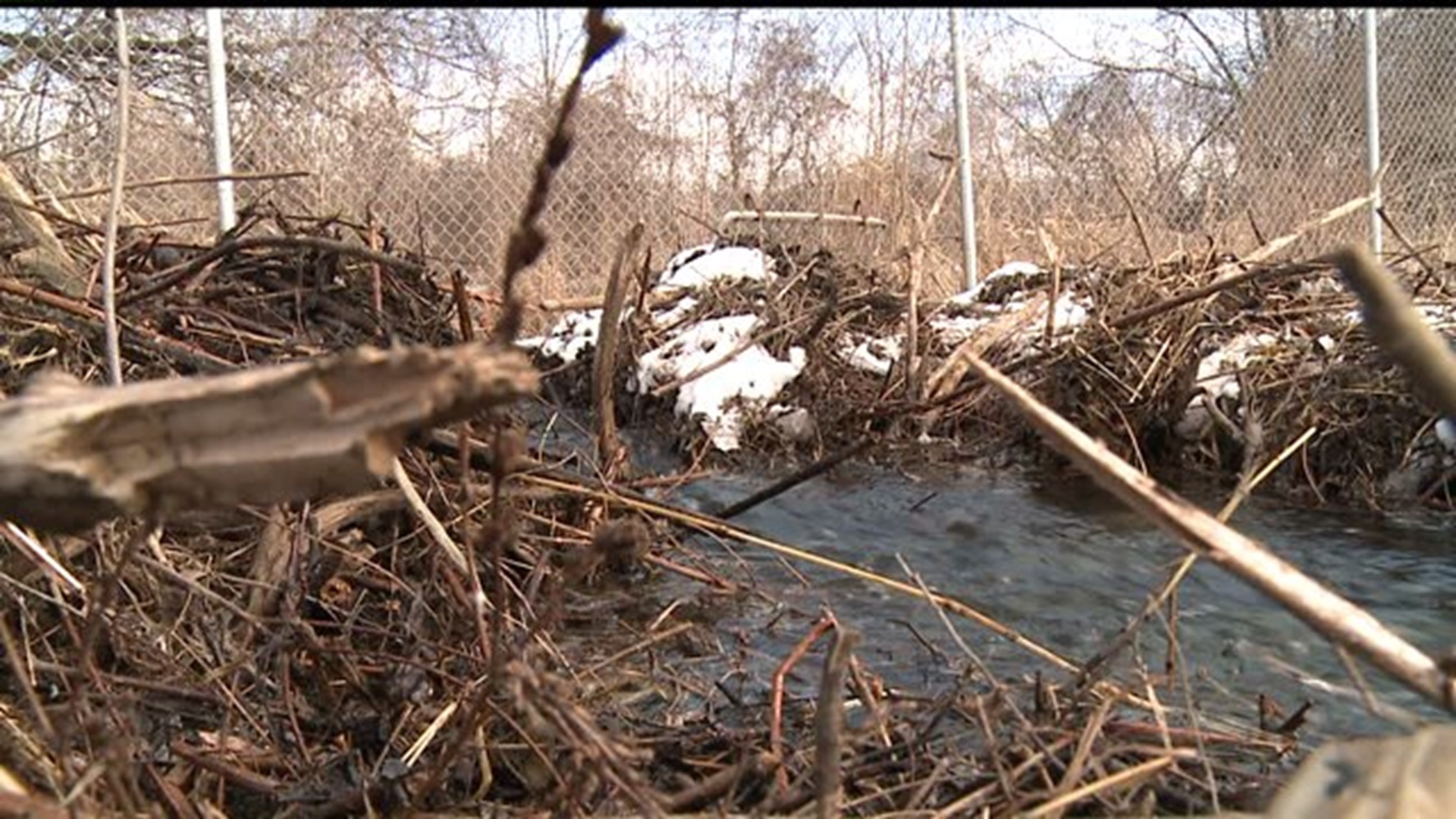 The Dillersville swamp in Lancaster is home to all kinds of critters. "We have mink, we have fox, deer, giant snapping turtles," said David Kilmer, who is the Executive Director of the South Central Transit Authority, which borders the swamp. Out of all those animals he's never seen a beaver -- until the middle of November when he noticed a dam outside his office.

Kilmer tore the dam down, but the next day it was back up. "The old phrase busy as a beaver, they're not kidding. These things are pretty active and pretty hard workers," said Kilmer. Twice a week he tears the dam down, but every night the beaver builds it right back, which is causing problems for his employees. When it rains, the office parking lot begins to flood. Officials with the Pennsylvania Game Commission have said that because the beaver is a nuisance and causing property damage, Kilmer can catch it dead or alive.

Kilmer said the Game Commission official also gave him some offbeat advice. "Beaver furs are still worth some money. And I said 'wel,l I'd rather not do that.' If we have to trap him I'd rather have him alive and relocated," said Kilmer. A non-lethal trap was put out on Thursday to relocate him, but the beaver, which Kilmer's son named Buckey, is still on the loose. Kilmer says he has no plans to kill the animal, he just wants to relocate it.