EPHRATA, Pa. — Pennsylvania’s cigarette tax is going up. Starting Monday, smokers will pay an extra dollar per pack of cigarettes. That raises the t... 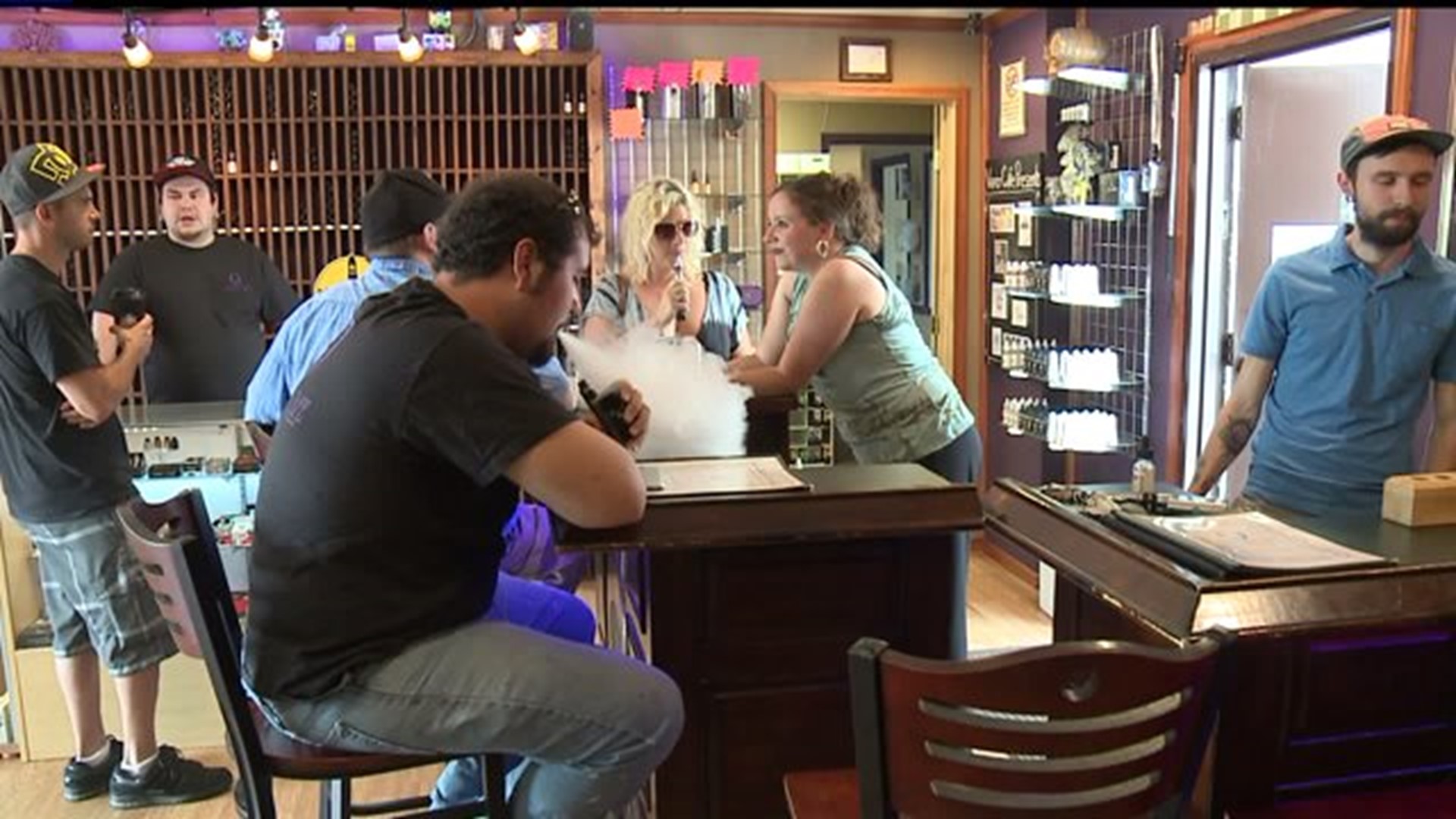 EPHRATA, Pa. -- Pennsylvania's cigarette tax is going up. Starting Monday, smokers will pay an extra dollar per pack of cigarettes. That raises the tax from $1.60 to $2.60 per pack and it's the 10th highest in the nation. The increase is a result of the new state budget.

Cigarette smokers aren't the only ones who will have to pay more, stores that sell vapor products, like e-cigarettes and vaporizers, will be impacted too.

Starting October 1st, a 40-percent wholesale tax will be imposed on vapor products in Pennsylvania.

The owners of Vapor Café in Ephrata, Lancaster County, Kerry and Raymond Medina, say mom and pop shops may go out of business as a result. They don't want their business to go up in smoke.

"We're hoping that it doesn't close us down. Yes, we're worried about it absolutely, our customers are worried about it. This is not just going to affect the vape shops it's affecting the consumers as well," Raymond Medina said.

The business will also have to pay a floor-stock tax, in addition to the wholesale tax. That means stores will have to pay taxes on their inventory.

Kerry Medina says, "We're trying to deplete our inventory to zero, which is hard on customers because they're used to their "Apple Jacks" and "3-Milligrams" being on the shelf and I'm like 'I'm sorry I don't have it, here let's try something else.'"

Some customers are concerned about what this price hike will do for the vaping industry in Pennsylvania.

"This may end up putting all the vape shops out of business and people out of their jobs," customer Erica Tavoni said.

Others aren't sure what options they'll have if vape stores go out of business.

Damien Kalpokas, a customer at Vapor Café, said, "What am I going to do? It's either quit smoking or go back to big nicotine and I don't really want to do that."

The Medinas want lawmakers to understand, this is going to have a large impact on hundreds of small businesses.

Raymond Medina says, "We're just blown away that it doesn't seem like they actually stopped to look at the consequences this may have in the industry. They threw a budget together, they had to vote on it, they went ahead and they didn't realize that oh, this is going to really hurt all the small businesses and we're not going to have that revenue."

Other tobacco products in Pennsylvania, like chewing tobacco and smokeless tobacco, will also be taxed, starting in October.

Cigars and cigarillos are the only products that will be exempt.

Business owners and customers are organizing a rally against the e-cigarette tax in the near future at the State Capitol, but haven't set a date yet.