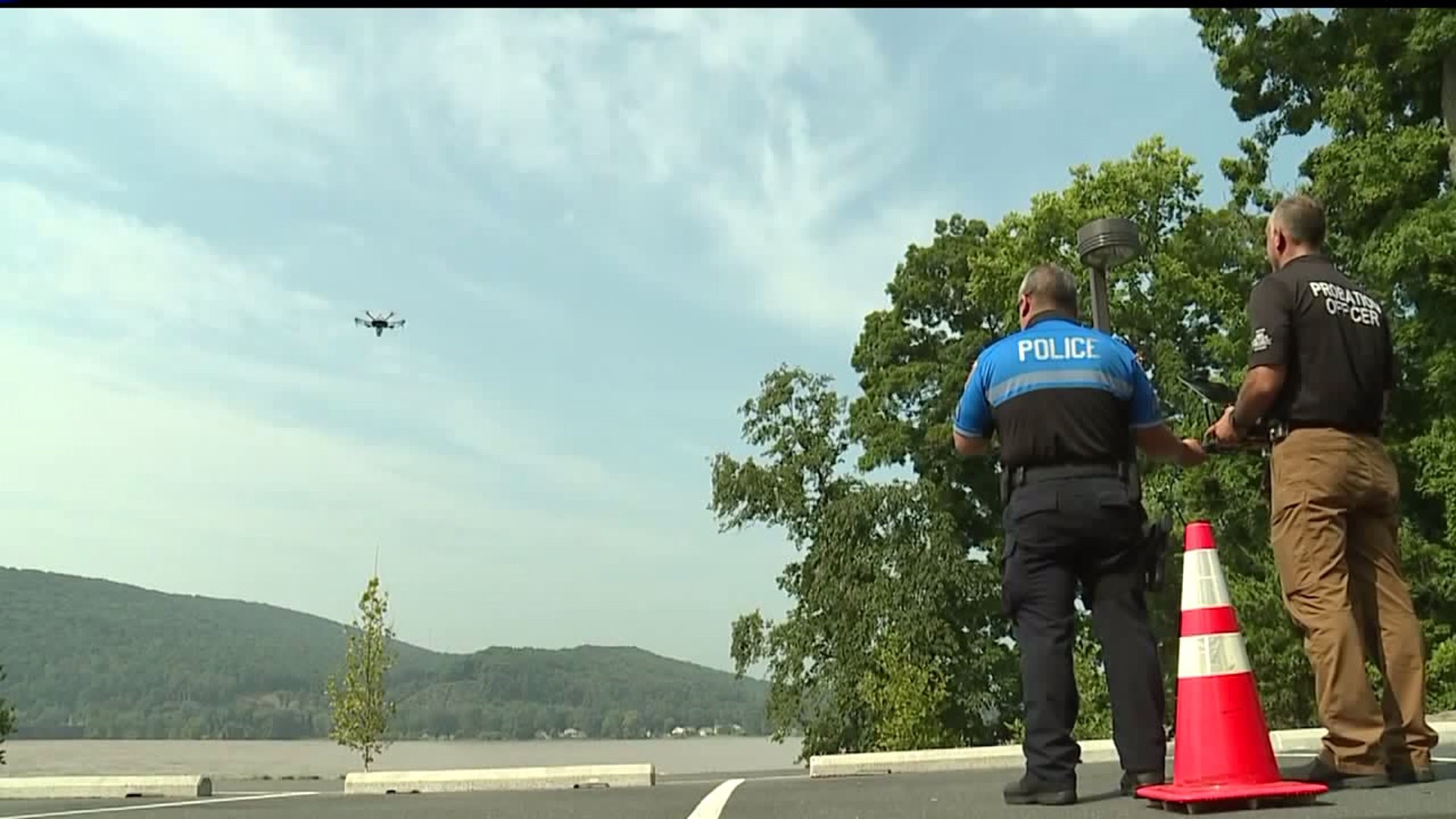 HARRISBURG, Pa. - It's a new tool to help fight crime. Dauphin County leaders and law enforcement officials unveiled a protective eye in the sky, a drone. Different law enforcement agencies have been using it for about three months and say it's taken public safety to a new level.

The drone has helped law enforcement agencies in 13 investigations, including the search for Mary Bredbenner and her 3-year-old daughter Madelyn Binkley after their boat capsized near the Dock Street Dam. County officials used a $16,000 grant from the Pennsylvania Commission on Crime and Delinquency and a $5,000 grant from the National Riffle Association to pay for the six propeller drone, additional GPS and cameras, FAA pilot training and insurance.

Th drone not only provides added safety for law enforcement officers, but saves them time and money.

When flying the drone agencies still need to follow FAA regulations. They do have waivers for flying at night and they can also fly near airports as long as they notify air traffic control before doing so.