LOGANVILLE, Pa. — Interstate 83 in York County is back open Monday night after one person was killed and several others were hurt in a deadly crash. A cou... 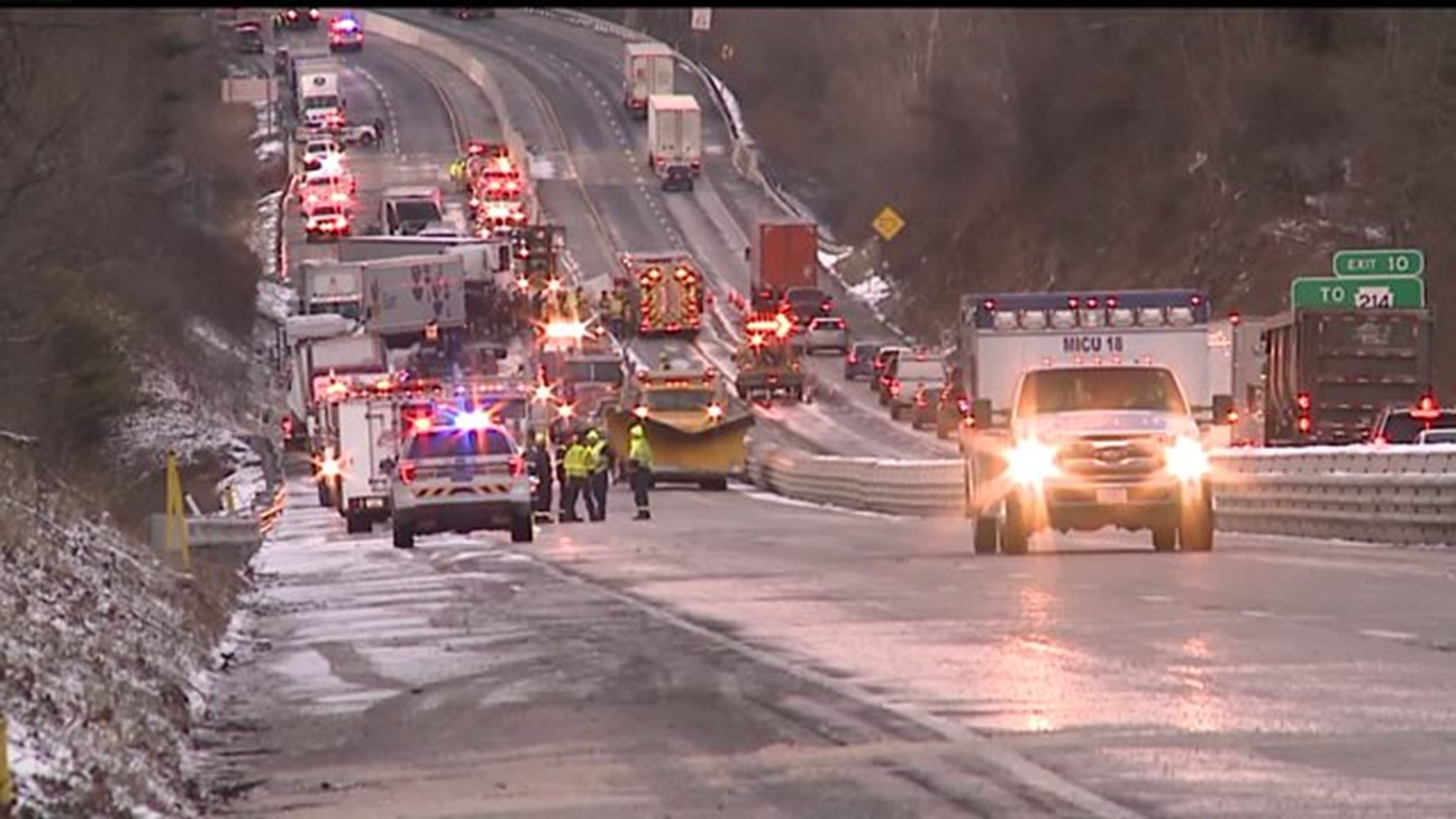 LOGANVILLE, Pa. -- Interstate 83 in York County is back open Monday night after one person was killed and several others were hurt in a deadly crash.

A couple minutes separated John Nitchie from that disaster.

Nitchie, from Stewartstown, said, "I feel like I had a guardian angel on my side."

He was on his way from Stewartstown to a doctor's appointment heading north on I-83.

"My phone went dead. Luckily I decided to do the right thing, pull over, plug it in, rather than try to do it while I'm driving. And if not I would have been in this mess."

Other drivers stuck in traffic were driving to work.

Kyle Lentz, from York, said, "Just trying to get my day in. Now I'm sitting here."

Then the snow squall hit.

Nitchie said, "It came out of nowhere. It just all of a sudden was light and then it was real heavy. There was a couple accidents down there, but they were minor compared to this."

Then after the squall, the crash. It blocked all lanes of traffic on I-83 from Glen Rock to Loganville exits. Multiple vehicles were involved and traffic was backed up for miles. Drivers heading southbound were held up in traffic for almost eight hours because of the wreck.

At least one person died and at least nine others were taken to a nearby hospital. The person killed in the crash has not yet been identified.

Lentz said, "I'm very grateful because obviously I'm in a work vehicle, so that would have been 10 times as worse. But praying for the people down there. Hopefully everyone is OK."

Drivers had to use back roads to detour around the wreck, causing one tractor trailer to overturn on Church Street in Jacobus. The driver of that vehicle is OK.

PennDOT officials said the crash is a reminder to make sure you keep enough distance between you and other drivers.