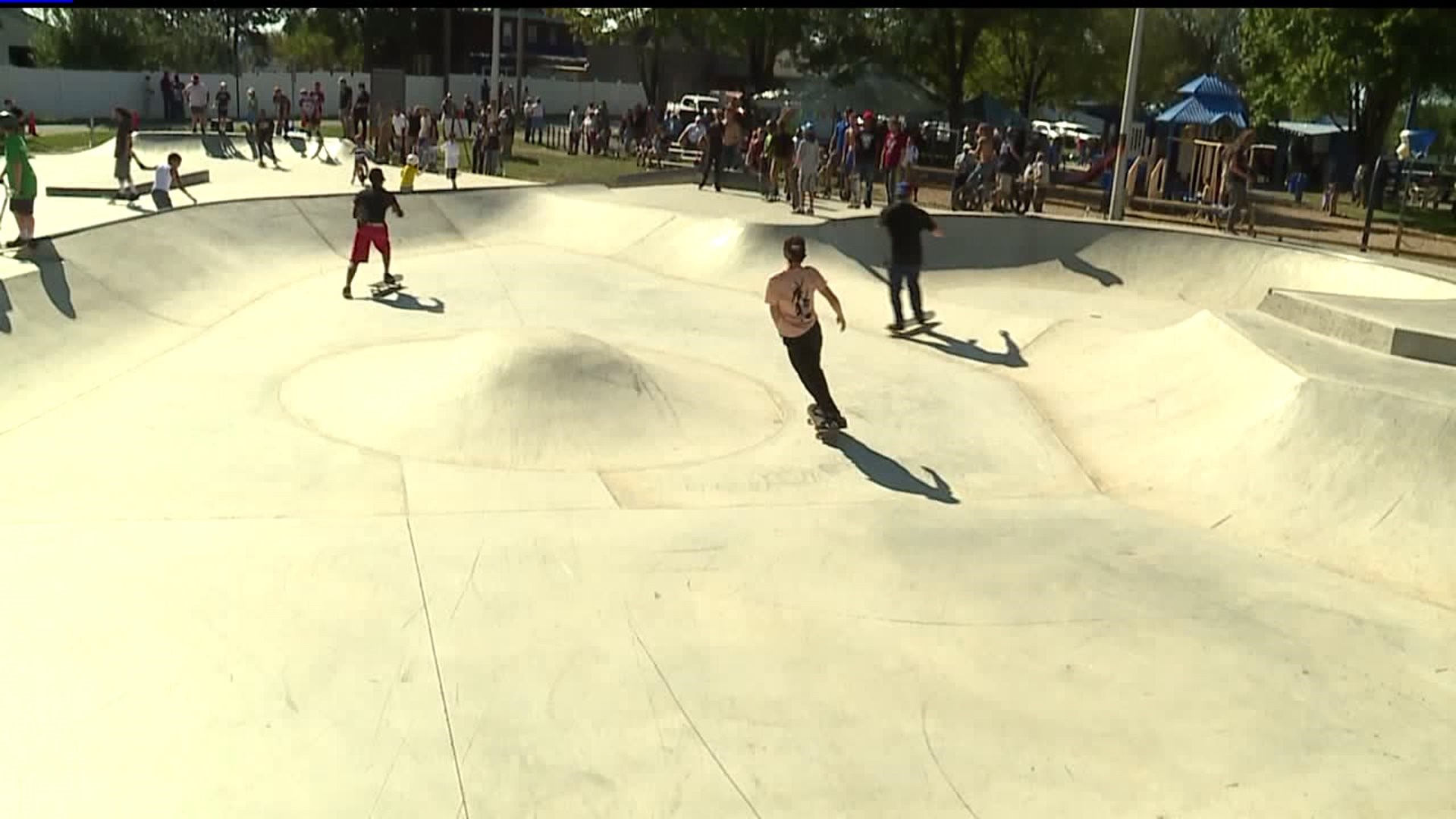 STEELTON, Pa. -- Today marked the official opening of the new Steelton Skate Park, the only skate park in Dauphin County.

"We have lawyers, CEOS, professional skaters, and then, we have the young kids who are learning how to do it, and they're learning from the experienced skaters. It's so cool to see," said Doug Brown, Steelton Borough Manager. "There was no place for them to go so they'd have to go in parking lots, on sidewalks, in people's private property," he said.

'Before, we'd have to drive an hour and spend money on gas and try to figure out the situation," said Andrew Zapata. He's a 17-year-old skateboarder from Harrisburg who designed the park. "Now, we only have to drive ten minutes. It's a blessing," he said.

Police even hopping on board with the project, literally. The park is a step forward for Dauphin County.

"We hope to have skate tournaments and skate competitions here, and when that happens, people will be coming from all across the state," said Jeff Haste, a Dauphin County Commissioner. "When they come, they stay. They're going to book hotel rooms. They're going to go down here and get a piece of pizza, and they're going to get their gas somewhere nearby," he said.

Besides bringing hope for new industry in Steelton, the park's also bringing all types of people together to learn, to grow, and to skate.