LANCASTER, Pa. — It was an afternoon of unity in Lancaster City. A rally hosted by the Lancaster NAACP spread the message “Rise, Embrace, Envision, ... 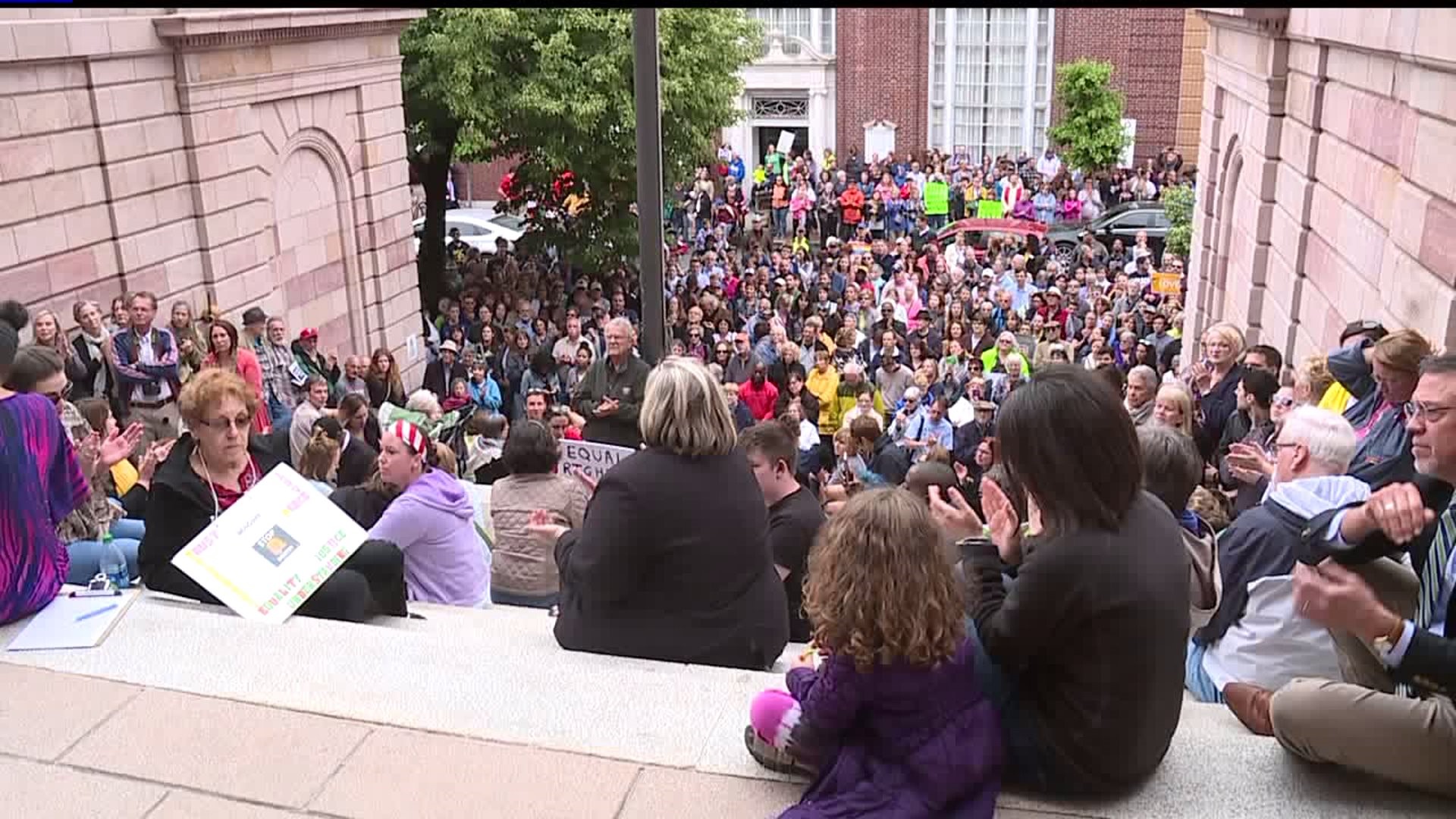 LANCASTER, Pa. -- It was an afternoon of unity in Lancaster City. A rally hosted by the Lancaster NAACP spread the message "Rise, Embrace, Envision, and Empower." This came on the same day as the planned cross burning by the Ku Klux Klan in Quarryville.

Chants of "Lancaster Unite" and signs calling for peace and love in the city of Lancaster. Some people here say they came to protest the planned KKK gathering, and others say they just want to make a peaceful, positive change.

"When I say 'Lancaster', you say, 'Unite!'" rang throughout King Street in Lancaster.

"There's too much hate. We need to care about one another, whether we're one religion or another religion, one race or another race, one nationality or another, and I felt I had to take a stand," said Nancy Cunningham. She drove in from Philadelphia for the day.

Cunningham came to protest the planned KKK gathering and to promote equality for all. She's one of dozens who rallied on the Lancaster County Courthouse steps to spread the message of love and unity.

One biracial couple made the trip from Chester County to protest.

"Like with this klan rally just a few miles from here. It's scary where we're heading. I thought, by now, we wouldn't have to deal with these things anymore," said Theodora Searles. She came with her husband, Milton.

The Searles are upset with our current government. Their lime green posters visible among the crowds of people.

"I'm not in agreement with the extreme elements taking over the country or ideaology of the country and show support for the positive aspect - that we have so many nationalities, so many religions, and so many backgrounds that form our nation," said Milton Searles.

"Right now, with this new government in place, I think people who feel different really have got no voice," said Theodora Searles.

Some people we spoke with say they're unhappy with the state of our current government, and signs called out President Trump - one reads, "People are not illegal" and another sign states, "Love, not hate, makes America great" - a sentiment echoed by Theodora Searles, an immigrant from the Netherlands.

"We all bleed red when we have a cut, and there should be no difference between people - if you're Hispanic, if you're from the Middle East, if you're white," added Theodora.

Clergymen, police, firefighters, and immigrants - just some of the people who came out to spread message of peace in a time some people say is getting increasingly more dangerous.