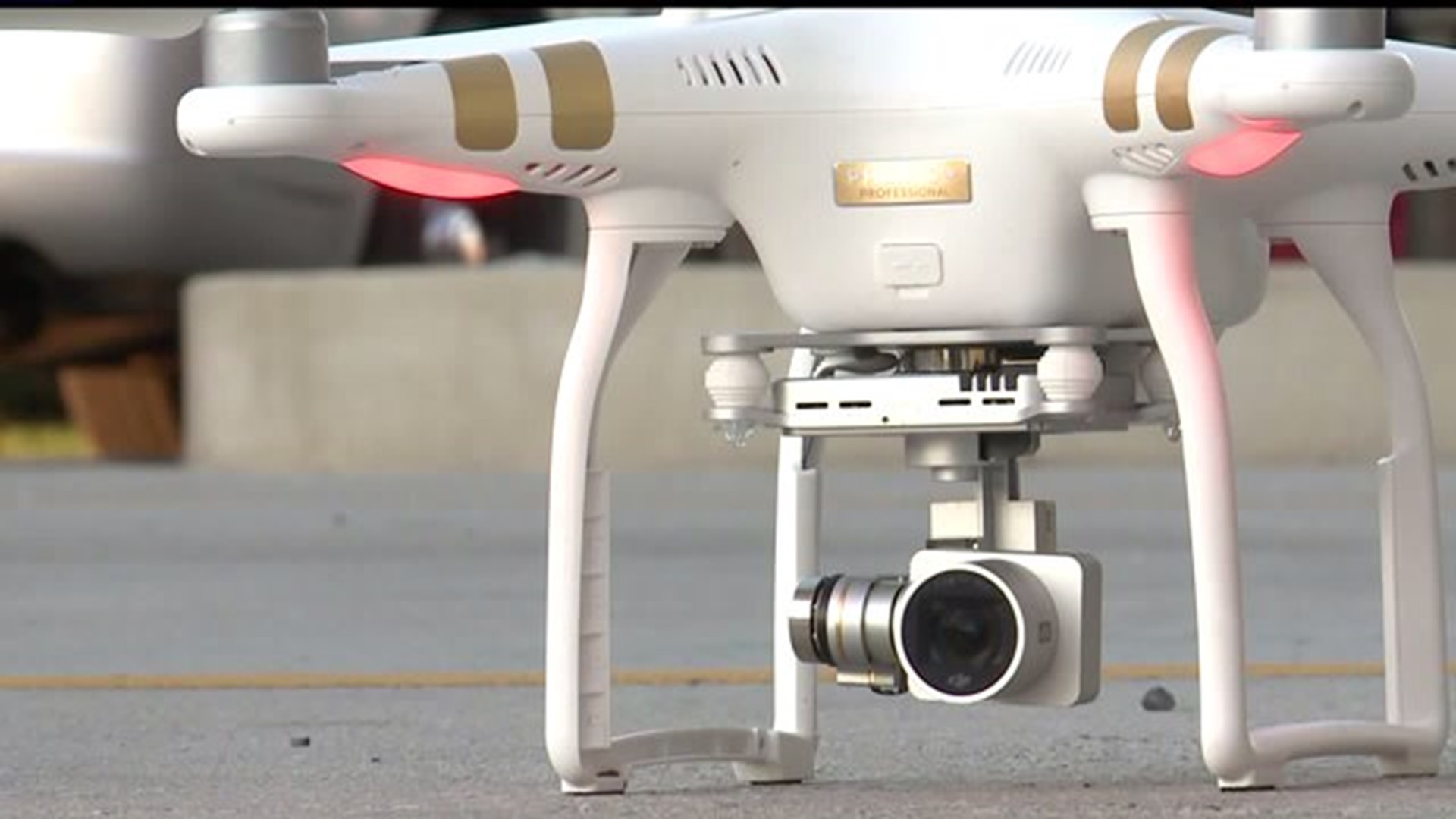 It's believed to be the first time in York County that a drone has been used in a search and rescue operation for a known person.

Fire crews will acknowledge that the drone did not locate Kenneth Tracy, but it helped narrow the search field for the ground crews that eventually located him Thursday morning.

His latest one? Drone operator.

It came in handy Thursday.

"[The search crews] knew that we had one, and they knew that it's licensed and insured, so they contacted us right away to get up, and that was due to the helicopters [that] were unable to fly due to the fog," he said.

By 8 a.m., Widmayer had the drone in the air scouring the open fields to search for Tracy.

"The drone can cover a lot more area a lot quicker than ground teams," he said. "The ground teams were concentrating on the thick wooded areas with their dogs as well as their grid searches. The drone was going to take care of the corn fields pretty quickly."

Emergency responders nationwide are catching on to the trend of getting a drone, but Dover Township's is believed to be the first in the area.

There are also uses for the drone in a structure fire. For example, Dover Township firefighters who fought the large blaze at a gun store in West York two weeks ago could have used it had the fire happened in daylight.

"If it's a large fire, large commercial building, something like that where we might not be able to get people around the back side of it quickly, we can launch this in about a minute and it can hover itself out back for about 20 minutes, giving us a good view of the rear of the building we might not have access to," Widmayer said.

One of the main goals of the drone is to keep the boots on the ground safe.

“[It’s] just to kind of put the camera in harm's way and not our people,” Widmayer said.

A local restoration company donated the drone to the fire department.