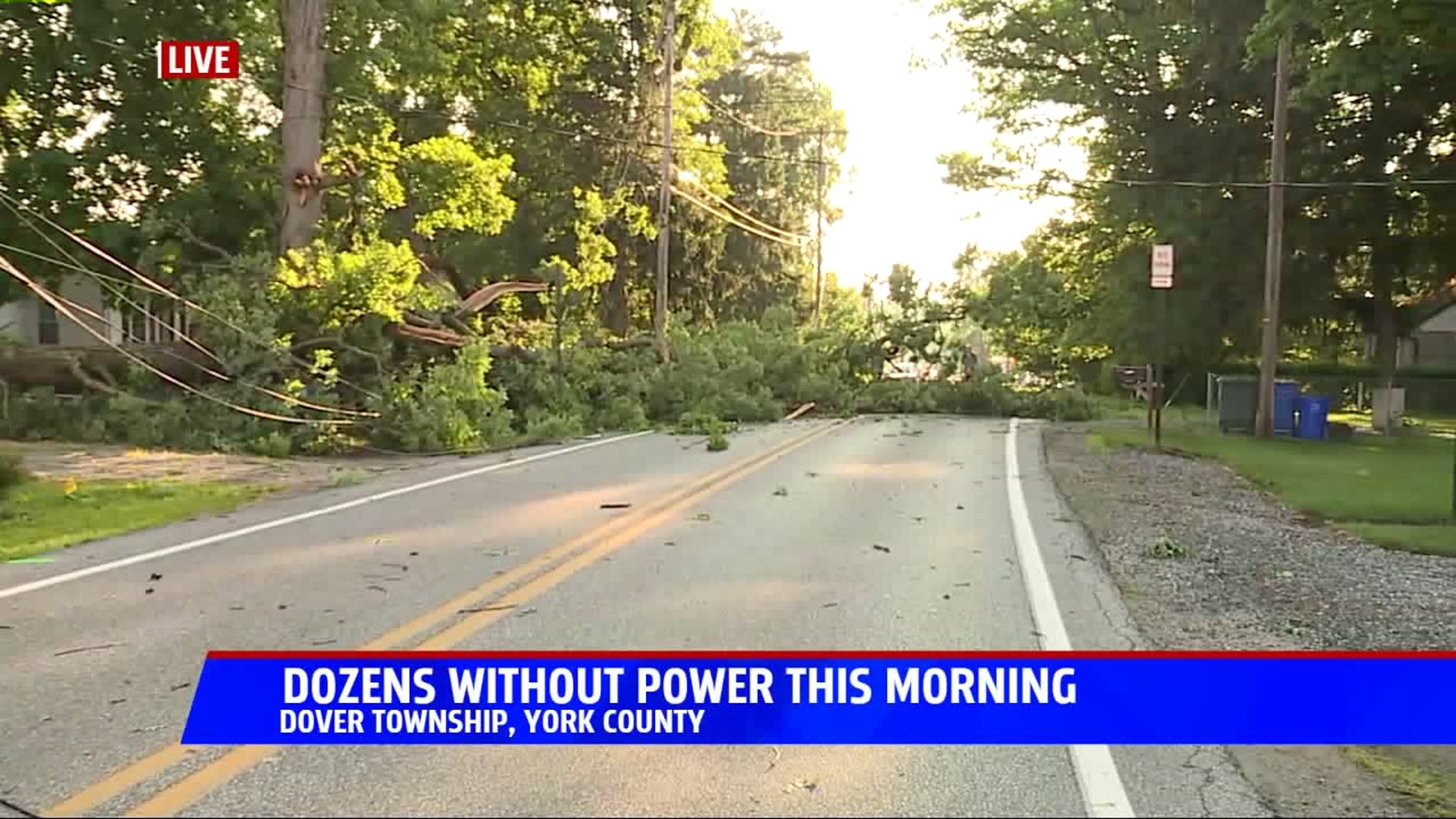 DOVER TOWNSHIP, YORK COUNTY Pa. -- Residents in Dover Township were shocked to see the damage left behind from Wednesday's severe weather. Multiple people living along Alta Vista Road say they didn't even hear a giant tree fall into the middle of the road.

Two people were trapped in their cars between the poles and had to wait until Met Ed shut down the live power lines before safely leaving.

Dover resident, Patty Brown says despite all of the damage caused by strong winds, she didn't hear a thing.

"I was just shocked to wake up and see this, I am thankful the tree fell the way it did onto the road and not my house God was with us, I am blessed," said Brown.

Almost 30 people were evacuated from a local daycare center when trees and power lines came crashing down there as parents showed up to pick up their children for the day.

The Dover Area School District also canceled school for students due to the numerous power outages in the area.

Met Ed hopes to have power fully restored in Dover by 4:00 p.m., on Thursday.