HANOVER, YORK COUNTY, Pa. — A Petco in York County is under fire after a dog in the process of being groomed escapes from the store and goes missing. It h... 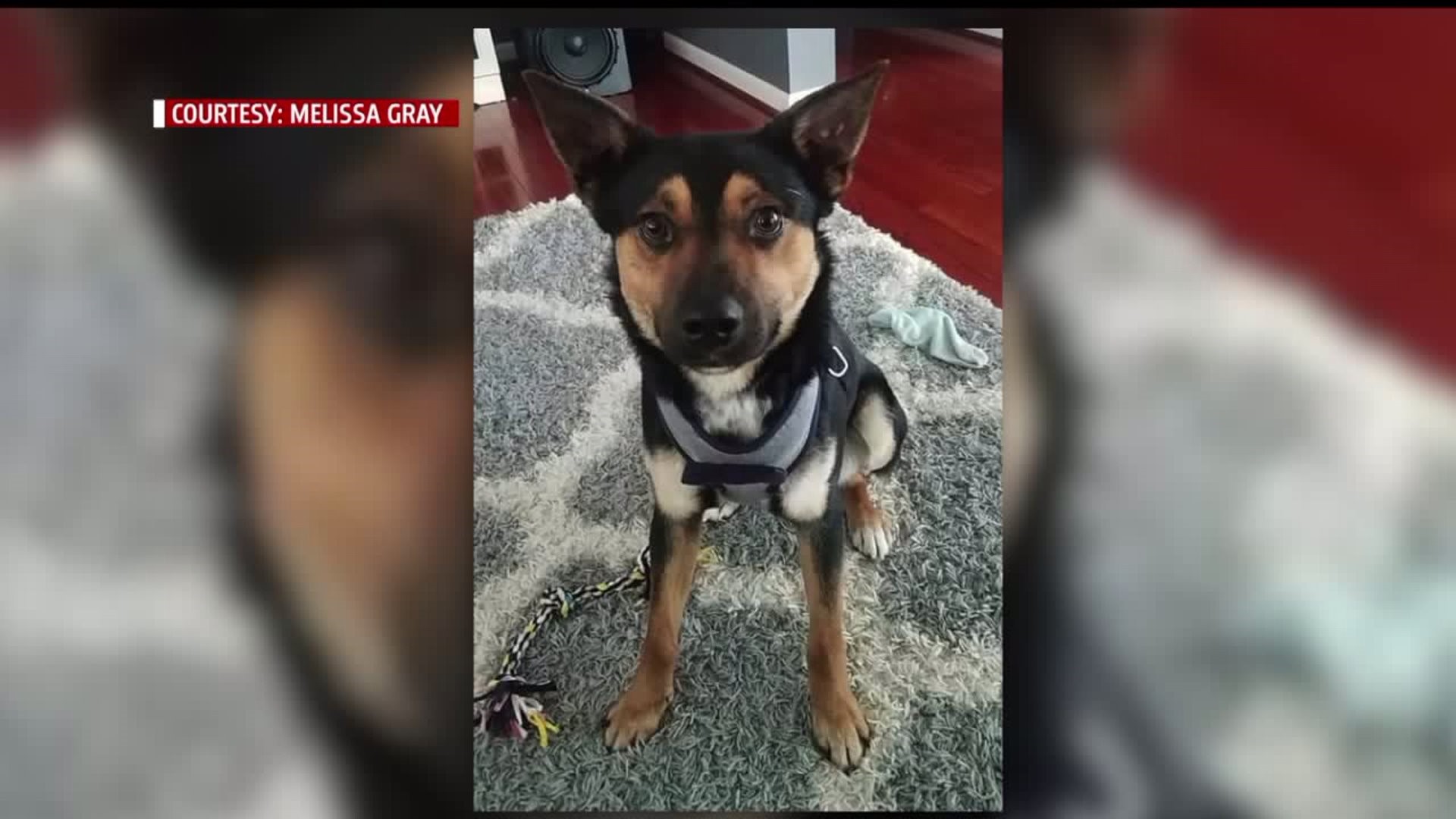 HANOVER, YORK COUNTY, Pa. -- A Petco in York County is under fire after a dog in the process of being groomed escapes from the store and goes missing.

It happened at the Petco on Eisenhower Boulevard in Hanover.

The owner of the dog is now looking for answers from the company.

An hour after dropping him off, Gray says she got a call no pet owner wants hear.

"She said she's from Petco and that she's the manager there and I could just tell from her tone that something went wrong," said Gray. "She said you know the groomer was grooming him and he got lose and got away and now he's running outside the store," she added.

Panicking, she got in her and went right back to Petco where she joined others searching for him, with no luck.

Gray says a district manager later called her with an explanation.

"He told me the groomer had gone to the bathroom and Simba was in a kennel at the time and somehow he jostled his way out of this kennel, they have a sliding door that he pushed through, they have a latched door that's about counter height that somehow he hurdled over that and then pushed open their groomer door," said Gray.

Gray says she doesn't understand how something like this could happen.

"How do you have a kennel that my 45 pound dog can get out of you have bigger dogs that are there how is that even possible? And why is your door light enough so that dogs can just let themselves out?"

In a statement to FOX43 Petco wrote:

"At Petco, the health and safety of the pets in our care is always our top priority. We're aware of what happened in our Hanover, PA store and we know how distressing this experience is for Simba's family. We take this situation very seriously and are doing everything in our power to help find Simba including hiring professional dog trackers. ​We’ve remained in close communication with Simba’s pet parent and are conducting a thorough investigation to identify any potential corrective measures that may prevent this type of situation from ever happening again."

If you see Simba, Gray has asked people try not to catch him, but call her instead as he may run away.

She says she is working with a pet finder group 'Finding Toby' in the meantime.