The Federal Aviation Administration wants to remind you that your new Christmas gift could get you in trouble. All drones weighing over half a pound must be reg... 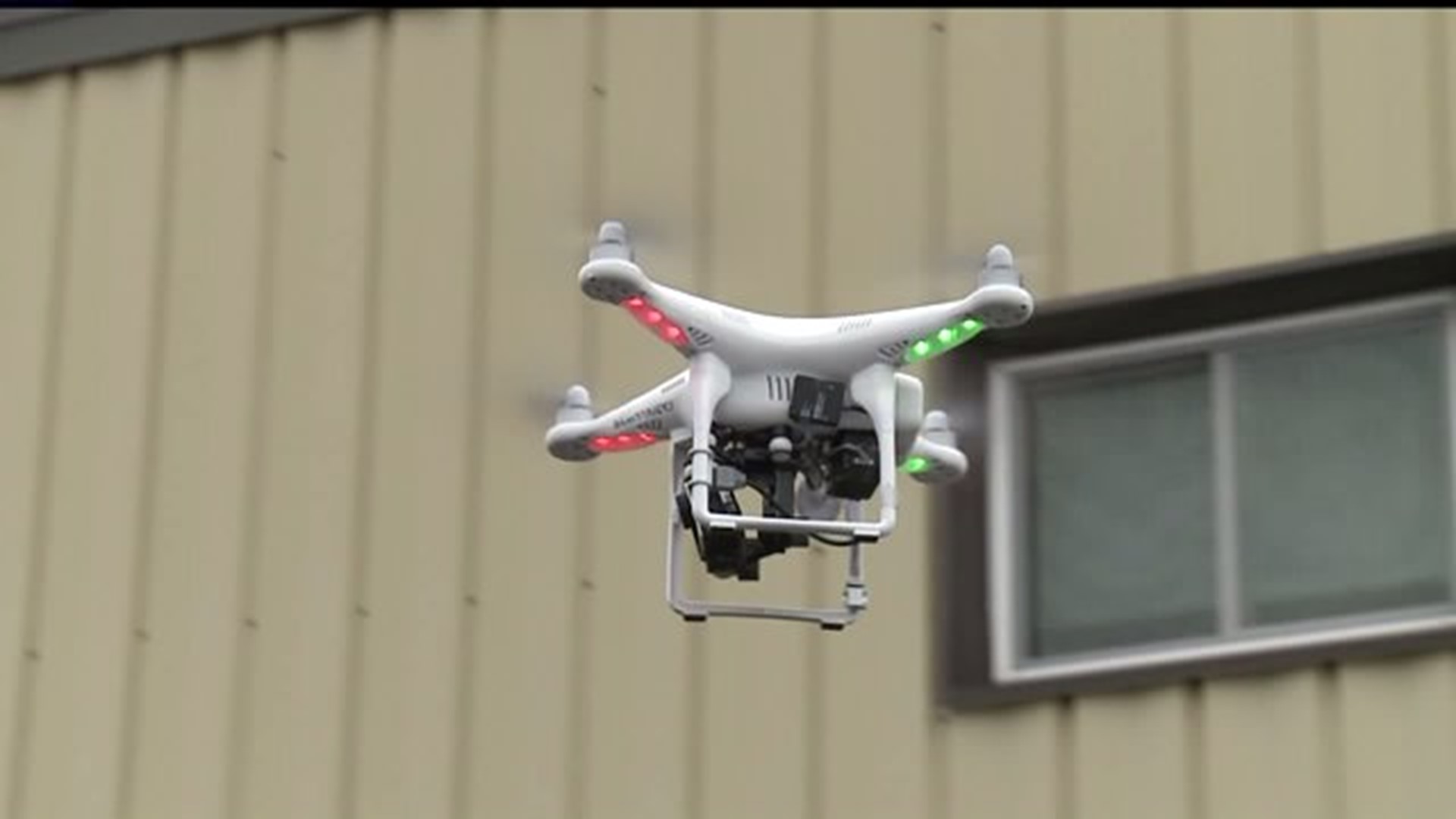 The Federal Aviation Administration wants to remind you that your new Christmas gift could get you in trouble.

All drones weighing over half a pound must be registered and insured by Friday February 19th, and if you fail to do so, you could face steep penalties and possible jail time.

They come in all sizes.. yours may have been a Christmas gift that you fly in the backyard.

"We are having to keep a minimum in stock because people keep coming in and not buying just one but buying two or three," said Tyler Beckman, a Best Buy employee.

While others use drones for racing.

"I thought... how cool would it be to sit in the pilot seat of one of these drones and to be able to fly around and if I hit a tree, I'm ok, said Chris Coulson.

"It's those people that don't really fly responsibly that's ruining it for the rest of us,"
Chris Coulson builds drones and co-founded Fuse York.

The group meets every couple weeks to discuss drone technology and programming.

"It's like building a computer back in the early 90's when you really didn't have many resources to go to," said Coulson.

Coulson says the FAA's new regulations should be taken seriously.

"This weighs about 300 grams so this has to be registered," said Coulson.

The FAA now requires all drones to be insured and those weighing more than half a pound to be registered online.

Also, you can't fly a drone over 400 feet or within 3 nautical miles of an airport and the operator must always have a line of sight.

"It's those people that don't really fly responsibly that's ruining it for the rest of us," said Coulson.

If you disobey, you could face civil and criminal penalties.

"Probably more of what you're going to see is invasions of privacy and harassment and stalking. I mean, people do that all the time and their emotions take the better of them and they do stupid things they're not supposed to do. That's what you're going to start to see," said Attorney Steven Stambaugh.

Stambaugh believes the real reason behind these new regulations is to combat terrorism.

"That's why the laws are so specific about large sporting events, stadiums, public assemblies... airports of course," said Stambaugh.

But, what may pose a difficult task is enforcing these regulations.

"If we came upon someone that was using a drone in an inappropriate manner and we found that it was unregistered and uninsured then we would certainly report our findings," said Lieutenant David Lash with the Northern York County Regional Police Department.

Lt. Lash says the NYCRPD has not had any reports of people using drones in ways in which they should not.

But, they anticipate problems in the future with the growing popularity.

"Use it in a responsible manner in a safe area, certainly we don't want people driving drones over route 30 or I-83," said Lt. Lash.

Chris Coulson agrees with Lt. Lash... and has some advice for folks new to the drone world.

"Whether it's a pocket drone like this or it's a racing drone or it's an industrial commercial drone - that the safety and consideration for other people's property and their airspace - that they're taken into consideration when you fly," said Coulson.

For details on how to register and insure your drone: https://www.faa.gov/uas/registration/