CAMP HILL, Pa. – Developers of the proposed Camp Hill Chick-fil-A met Monday to address some of the concerns raised by neighbors, just one day before the ... 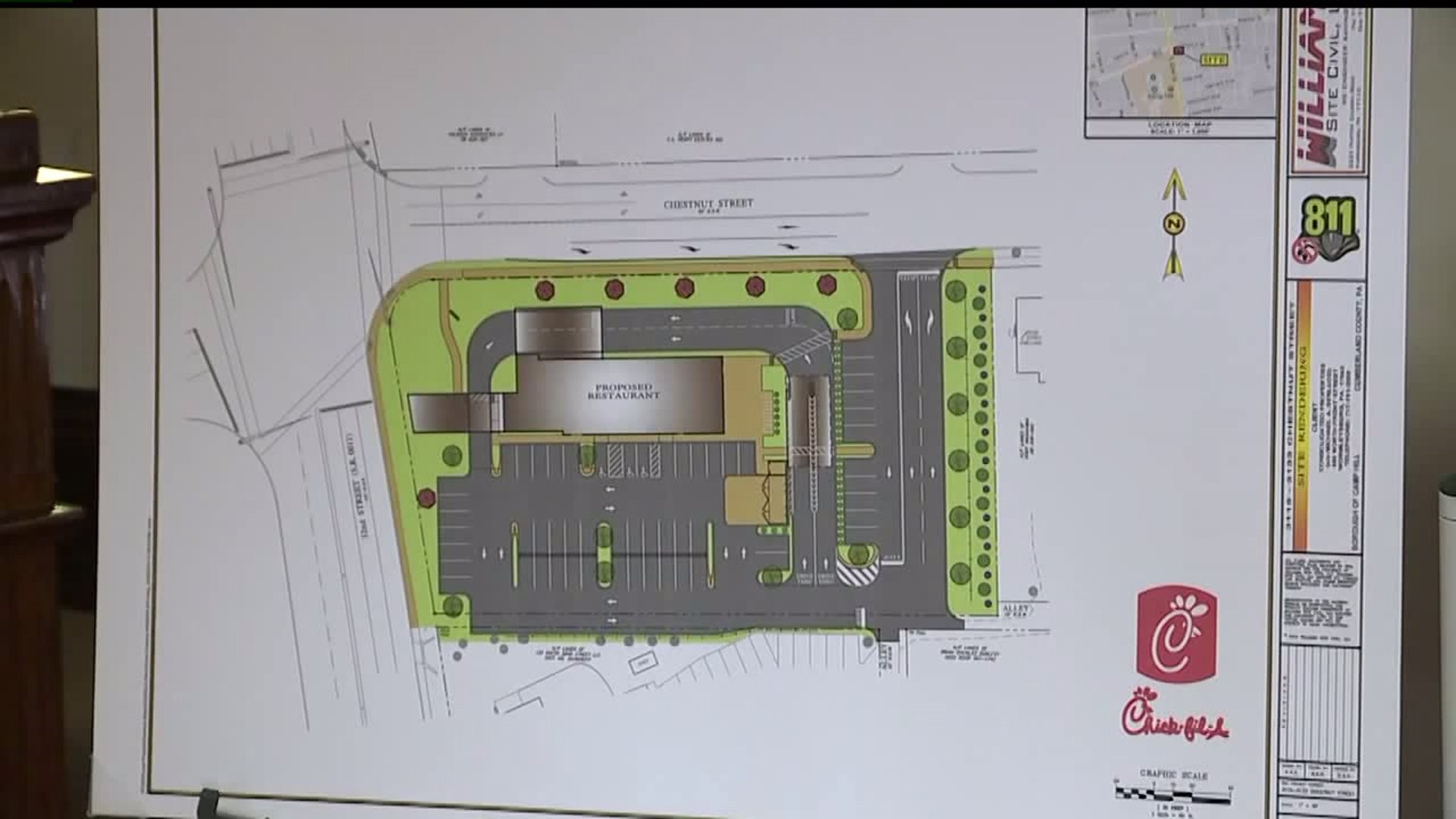 CAMP HILL, Pa. - Developers of the proposed Camp Hill Chick-fil-A met Monday to address some of the concerns raised by neighbors, just one day before the Planning Commission is scheduled to review the updated plan at a meeting.

The developers offered a number of solutions for some of the big concerns, like increased traffic and pedestrian safety. But neighbors are still convinced building the Chick-fil-A  at the corner of Chesnut and 32nd Streets is a disaster waiting to happen.

"We are rallying in support of our community," Jennifer Hoover, a Camp Hill resident, said. "This high volume fast-food drive-thru restaurant is destroying the character of our neighborhood."

But the fence has gone up, and the houses are being torn down.

"Now we have residents beginning to think this is a done deal," Hoover said.

But the planning commission still has to give the green light; make a recommendation for or against, before council can vote. The developers, Consolidated Properties, addressed the concerns Monday morning.

They said creating a turning lane to prevent back ups, restricting traffic flow during peak hours, accelerating drive-thru ordering, and the creation of raised crosswalks at nearby intersections are just some of the fixes.

"We feel we have a plan that's a safe plan," David Gosik, the site engineer, said. "And we've taken great lengths to try and mitigate or minimize impacts to adjacent properties."

I've seen Chick-fil-A across the country," Melissa Schoettle, a Camp Hill resident, said. "Even on pacific coast highway. They have difficulty absorbing the traffic. Because they're doing great. And that's fabulous for them. But it's not fabulous for a small community that's 2.4 square miles with 8 thousand people in it."

"All of us as concerned residents are hoping that the planning commission prioritizes the health and safety and welfare of our community, and not the developer and not their bottom line," Hoover said.

The Camp Hill Planning Commission is meeting Tuesday at 6 pm at Borough Hall to review those plans. At 5 o' clock, a group of concerned residents plans to protest out front of Borough Hall, asking the Commission to make a recommendation against the plan. The group invites anyone against the proposal to attend.