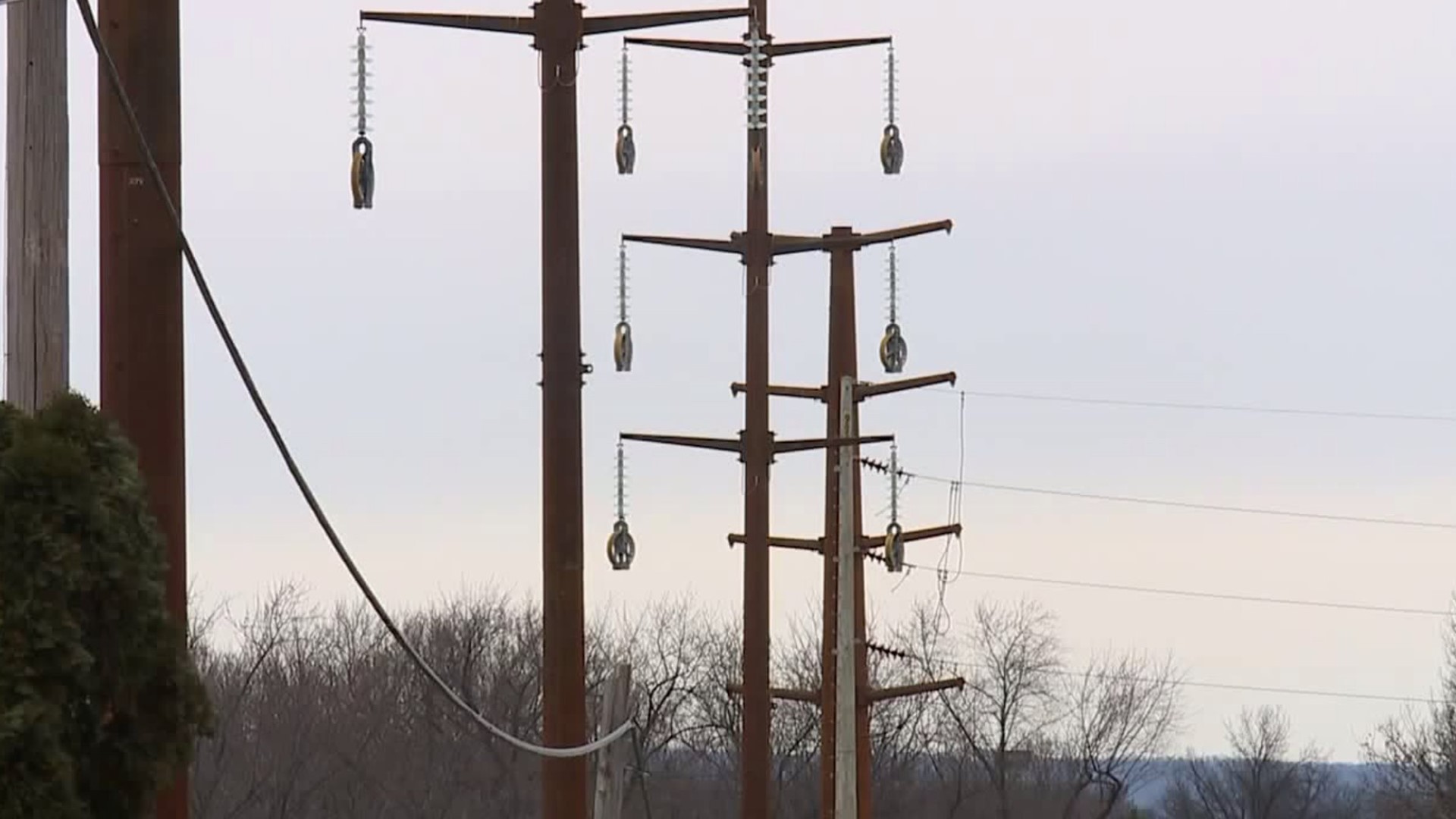 Forest Avenue resident Rick Donato said he was shocked to see the pole in his front yard.

“I look up and down the street and the poles that were here before were maybe half the size of these poles," said Donato.

The new steel poles are also described as "thicker."

Donato said he doesn't understand why the poles are on residents' properties as opposed to the property of the Hershey Medical Center.

“Why put them on my, land if 200 feet down that way is where you could easily run them somewhere else down in that area?” asked Donato.

Jess Baker with PPL Electric said that reason is because they're rebuilding the line in its current easement.

“We do not have an easement that fits a transmission line in the Hershey Med property. But that is something we have talked to the Hershey Med Center about recently," said Baker.

Donato said the feeling amongst he and other neighbors is they want their properties to be treated more fairly.

“Fairly, to me, would be if it’s [Hershey Medical Center] lines, put it on their property. They definitely have to work something out with these poles because it’s just ugly,” said Donato.

Baker said PPL Electric is "sorry" for catching some residents off guard with the appearance of the poles.

“Definitely going forward we’re going to do a better job of communicating with the residents,” said Baker.

Due to feedback from residents, the construction project is currently on hold.

Baker said PPL Electric is doing a 30-day evaluation of the project and expects to have an update by the beginning of February.