YORK — The state Department of Environmental Protection is investigating after a foamy substance was found in the Codorus Creek behind the City of York Wa... 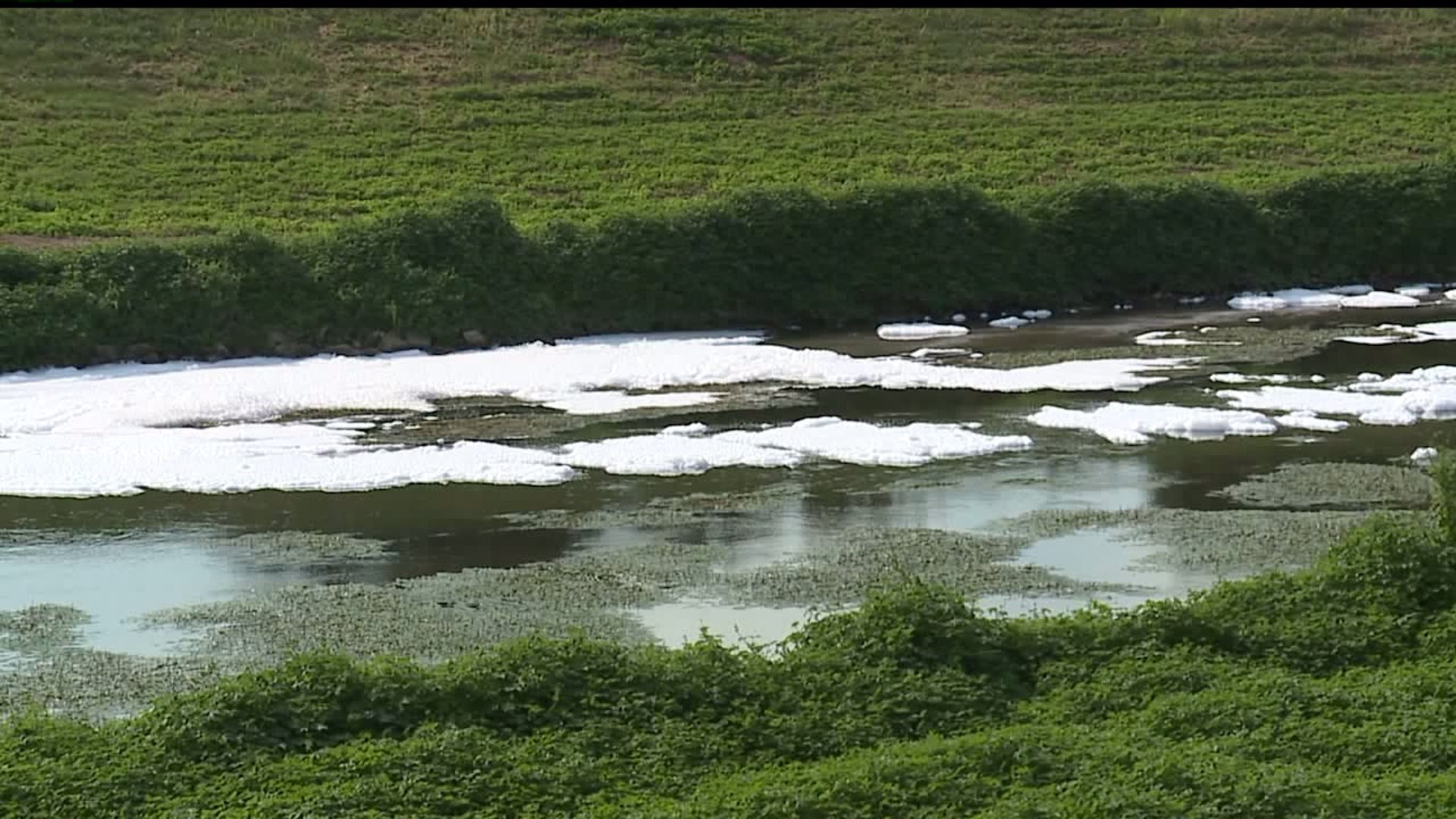 YORK -- The state Department of Environmental Protection is investigating after a foamy substance was found in the Codorus Creek behind the City of York Wastewater Treatment Plant on Black Bridge Road Tuesday afternoon.

Officials say a preliminary investigation revealed that the substance did not originate from the treatment plant.

DEP officials believe something may have gotten into the treatment plant through the sewer collection system.

The substance was first discovered on Tuesday afternoon by the city's Pretreatment Permit & Compliance Manager.

The white foam can be seen flowing North along the Heritage Rail Trail just off of Loucks Road in Manchester Township.

“We haven’t seen anything like that before so it’s very unusual," said Janel Kinard, resident. "We hope it’s not harming anything I’d be a little concerned if it was," Kinard added.

"It’s kind of scary because you don’t know what it could do to you hopefully it’s not anything bad," said Skyler Smith, resident.

"The Department of Environmental Protection is investigating a report of foamy water in the Codorus Creek near the City of York’s Wastewater Treatment Plant. A substance appears to have entered the plant through the sewer collection system. It appears to be a type of surfactant which foams when agitated. The water passed through the treatment plant and was discharged into the creek. Samples were taken to identify the substance and possible source. No dead or distressed aquatic life has been observed."

As a precaution city officials are asking people to avoid the area until the investigation is complete.

The DEP investigation is ongoing.