SPRING GARDEN TOWNSHIP, YORK COUNTY, Pa. — A man in York County says he is fed up with a local salvage yard after a large metal rock allegedly came throug... 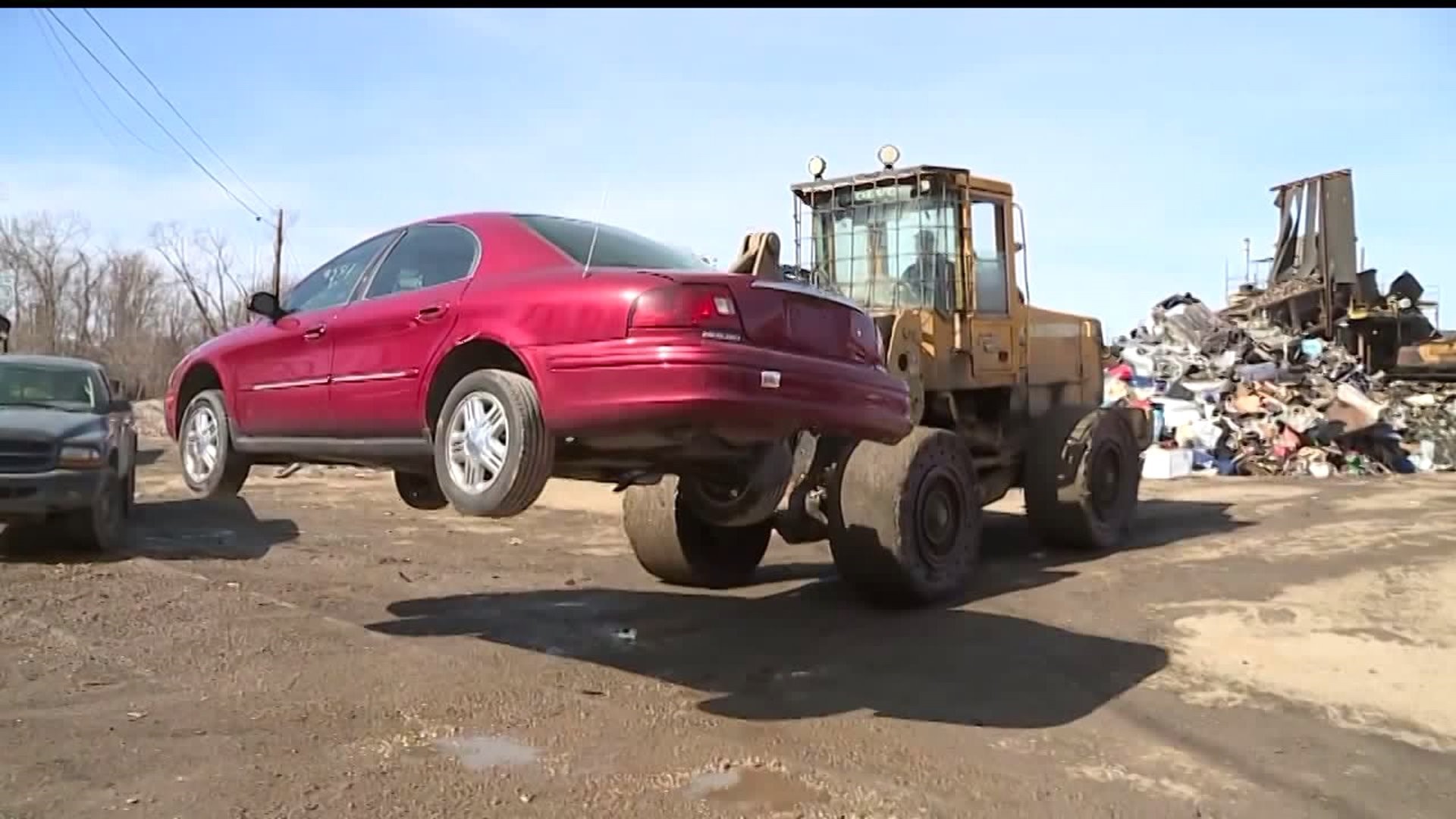 SPRING GARDEN TOWNSHIP, YORK COUNTY, Pa. -- A man in York County says he is fed up with a local salvage yard after a large metal rock allegedly came through his roof.

Homeowner, Shawn Craft says he has lived across the street from J & K Salvage for the last three years.

Craft says loud explosion sounds coming from the property have always been a nuisance, however recently the issues have escalated.

“It’s so loud that it actually shakes the walls and the windows sometimes I feel like they are going to break," said Shawn Craft, homeowner.

Craft says last month he came home to find half a pound of a metal rock lodged through his roof into his bedroom ceiling.

He says after contacting the owner of J & K Salvage to discuss what happened, he was turned away and directed to their insurance company.

FOX43 reached out to J & K Salvage for comment and the owner tells us he offered to pay the 4 thousand dollars in damages, however he would not confirm if the metal came from his salvage yard.

Craft says with a 10-month-old child at home, money is not enough.

“I don’t know if they need to put a some sort of extra blasting wall for protection or something like that but I think that something needs to be done before it hurts someone," added Craft.

Some neighbors say they have also had problems with the salvage yard adding they have heard explosions that shake their home, break windows and knock things over.

A neighbor that did not wish to go on camera, tells FOX43 they also had metal go through their home last month.

The Pennsylvania Department of Environmental Protection is currently investigating the claims.