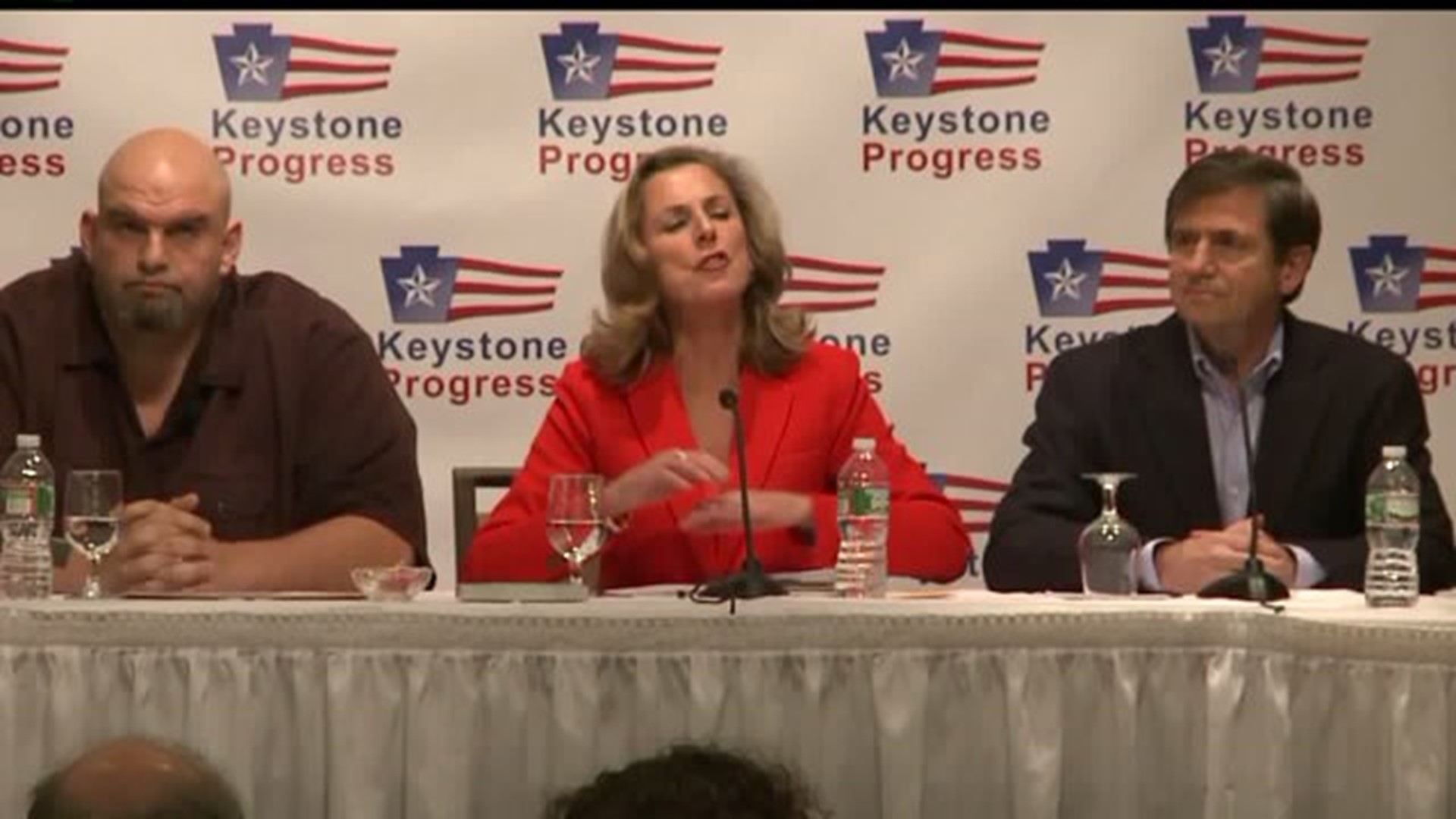 HARRISBURG, Pa. - The three Democrats at Friday’s Pennsylvania U.S. Senate debate hosted by Keystone Progress discussed a wide range of issues, and although there were few disagreements between them, they all tried to make their case for why they should be elected as senator.

One of the biggest topics for debate was what candidates would do to combat socioeconomic inequality.

“Your zip code should not be your destiny and I want to be a champion for all of Pennsylvania's forgotten cities,” Braddock mayor John Fetterman said.

“I believe in the objective that single payers believe in, which is get rid of those insurance companies, and that's how we fix the Affordable Care Act,” former Representative Joe Sestak said.

The candidates also addressed job creation and the ongoing water crisis in Flint, saying it has lessons for Pennsylvania.

“Wouldn't it have been better to put $100 million into ripping out the old lead pipes than now having to spend it on an emergency basis when thousands of beautiful little babies have lead poisoning?” McGinty asked.

Sestak drew on his military experience and a call to serve.

“I got into politics because I needed to pay back and I wanted to have the six of everyone I served,” he said.

The candidates railed against the rise of big money stemming from the Citizens United decision.

“Democracy has to return to this country and we should stop allowing billionaires to shop for candidates the way you or I would shop for a laptop computer,” Fetterman said.