York, Pa. — Nearly a million hunters will hit the woods for the opening day of the rifle deer hunting season today, an unofficial holiday of sorts for Pen... 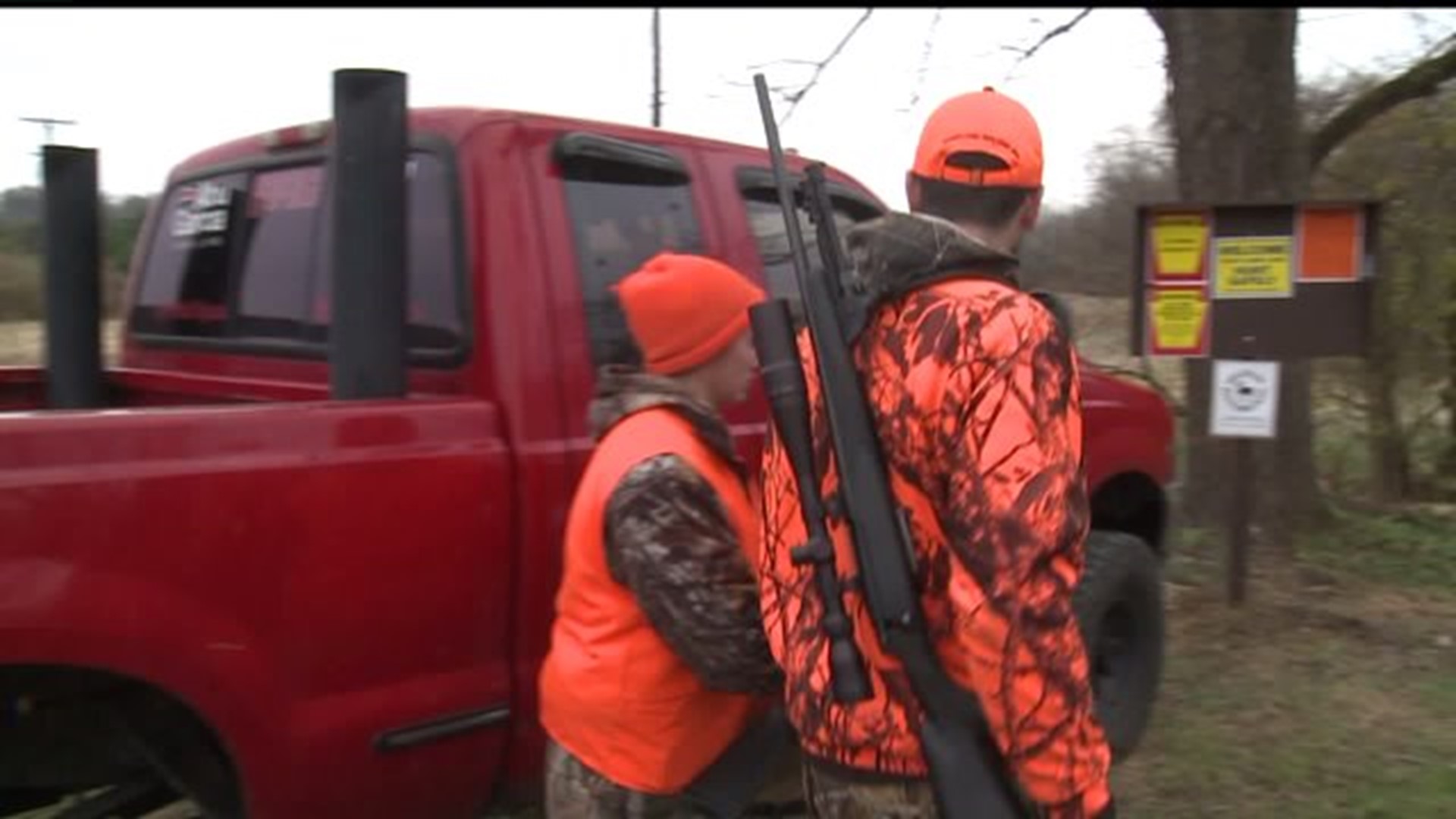 York, Pa. -- Nearly a million hunters will hit the woods for the opening day of the rifle deer hunting season today, an unofficial holiday of sorts for Pennsylvanians. While a doe is a nice score, most hunters have their sights set on a trophy buck.

"In order to age, they need to have genetic potential to produce a big rack, and a good diet. You have an elite animal. They become tougher to hunt because we teach them well," said Pennsylvania Game Commission Press Secretary Travis Lau.

Focus areas:
Hunters are flocking to designated 'Deer Hunter Focus Areas' this year. The specific areas are marked by Pennsylvania Game Commission signs, and are located on more than 30 state game lands. The designated areas are meant to help hunters pinpoint where deer might be gathering, as the vegetation in the designated areas attracts them.

Beware:
With 750,000 hunters expected for opening day, deer will be on the move, and drivers will need to be on the lookout.

"When you do have hunting pressure on agriculture in different areas, you will have deer moving. So there's as much of a reason now to be concerned as ever," said Lau.