CARLISLE, CUMBERLAND COUNTY, Pa. — Voters in two Cumberland County communities have some unusual criteria to consider as they head to the polls Tuesday to... 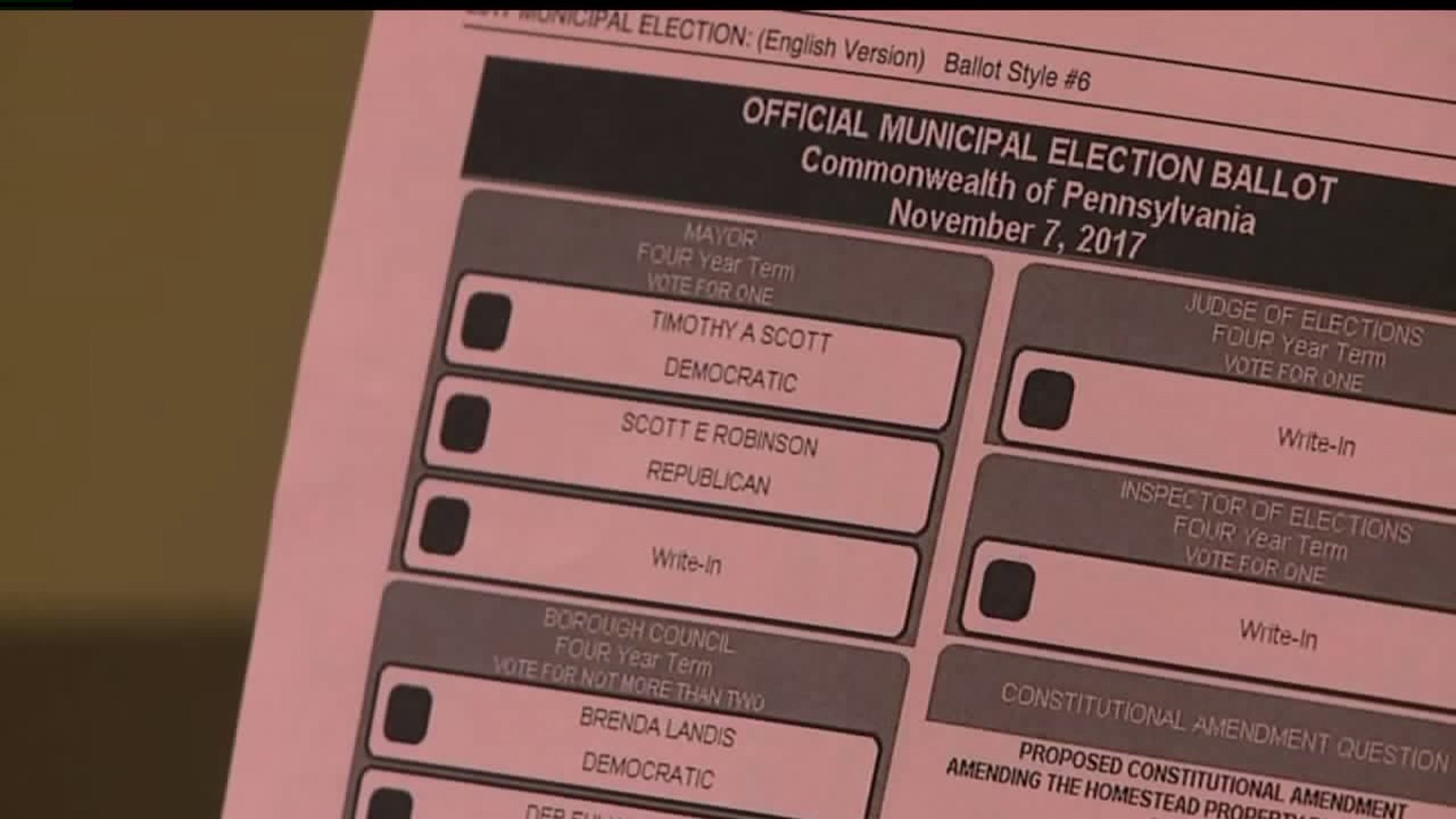 CARLISLE, CUMBERLAND COUNTY, Pa. -- Voters in two Cumberland County communities have some unusual criteria to consider as they head to the polls Tuesday to cast their ballots.

Voters may wonder why those candidates remain on the ballot, and what happens next if either one of them were to win.

Two candidates are in the running for mayor of New Cumberland, Cumberland County. One, Republican Doug Morrow, the other, Democrat Natalie Gehosky. Although Gehosky passed away in late October, her name still remains on the ballot.

Cumberland County Communications Director Rachel Bryson said "once the ballots are printed, we have no authority to take anyone's name off the ballot. The ballots were printed before this individual passed away, and we'd actually been sending them out through absentee ballots, for about a month before her untimely death."

It's an unusual mayoral race for Cumberland County's Bureau of Elections to certify, should Gehosky posthumously win the contest.

"It's really up to the borough, at that point, following their code, their elections code on what would happen, if the deceased candidate were to be victorious. Then, the borough would follow their code on the next steps in the process," Bryson said.

In Carlisle, there are many campaign signs on the streets of the borough the day before Election Day. Democratic mayoral candidate Tim Scott is one of them. Signs for his Republican challenger Scott Robinson practically are no where to be found.

Instead, Robinson himself can be found at the Cumberland County Prison, in jail awaiting trial on several charges including criminal trespassing, disorderly conduct, and resisting arrest.

Listed as an inmate at Cumberland County Prison, Robinson also is still listed as a candidate on the ballot. It leaves Carlisle voters left to wonder what happens next if he wins.

"We certify the results here at our Bureau of Elections, and then we provide those results to Carlisle borough, at that point, they'll fall back onto their borough code," Bryson said.

"Be an informed voter before they enter the polls, to not only determine which candidates they want to vote for, but then also to see what has changed," Bryson said.

"It's definitely unusual. That is certainly, you don't expect this in an election, but it is a very unusual circumstance," Bryson said.

FOX 43 News reached out to New Cumberland's council president Jack Murray to find out if the council has decided how it would proceed if Gehosky should win, but borough office staff said he was unavailable.

FOX 43 News also contacted Carlisle deputy mayor, Sean Schulz to find out if the borough has a plan should Robinson win, but calls were not returned as of yet.