Amy Reed is a wife, doctor, and mother of 6 young children.  Like many women, she suffered from uterine fibroids.  What she didn’t know was that she had c...

Amy Reed is a wife, doctor, and mother of 6 young children.  Like many women, she suffered from uterine fibroids.  What she didn’t know was that she had cancer, and she says the device doctors used in her routine hysterectomy surgery in 2013, spread cancer all over her abdominal cavity.

It’s called a Morcellator. Many surgeons use it as a non-invasive way to remove fibroids through a small incision, versus a full abdominal hysterectomy.   It essentially shreds tissue into small pieces so it can be extracted through a small incision, offering patients a faster recovery time with fewer complications.  However, not for Amy.  8 days after her surgery, doctors told her she had stage 4 Leiomyosarcoma.

As a physician herself, Amy says it makes complete sense.  “In animal models, we take cancer cells and we put them in places and then they grow. That`s by definition deregulated growth- that`s how cancer works. So of course if you chop it up, it spreads,” she said. 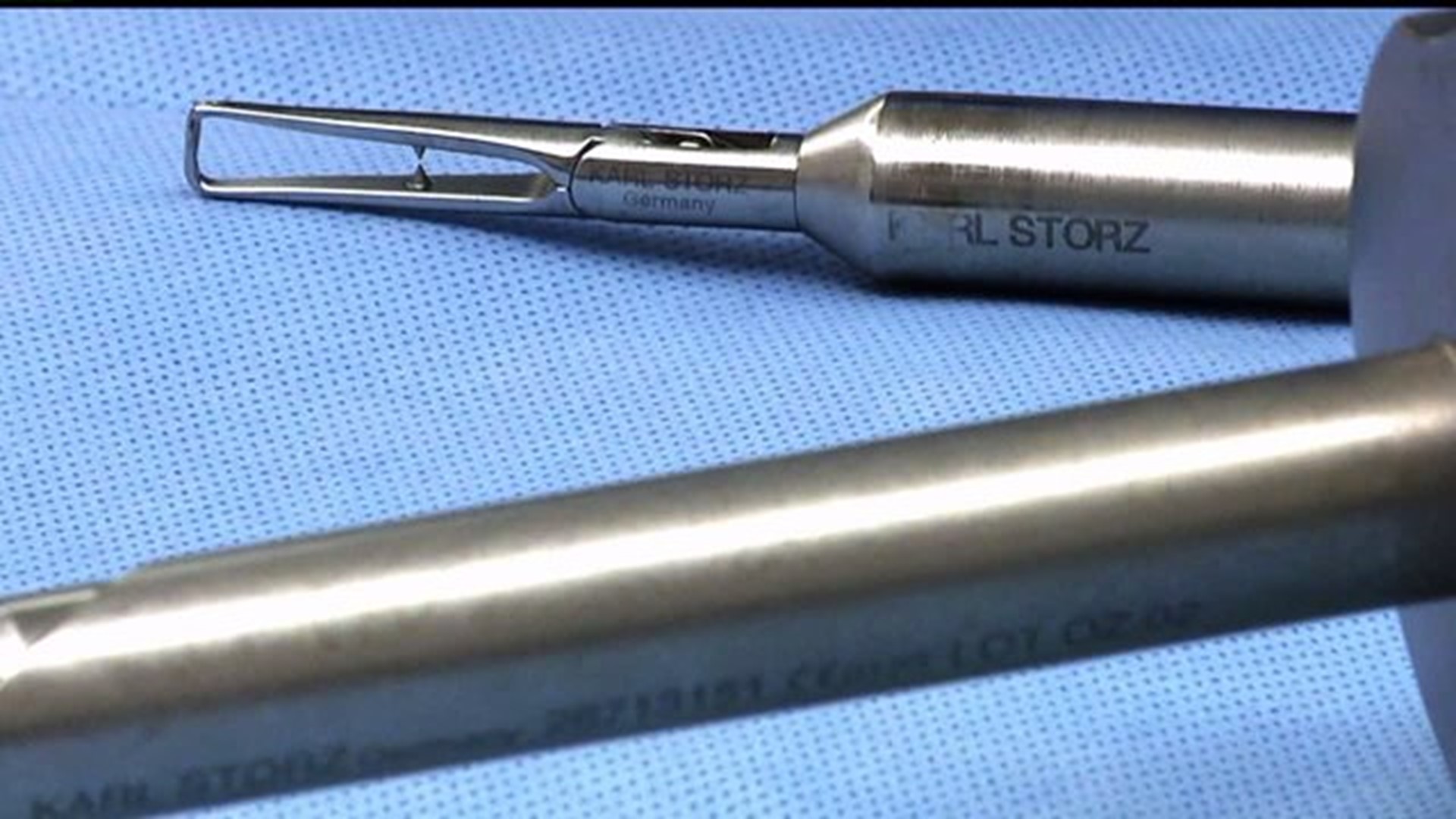 She went through 6 rounds of chemotherapy and had multiple surgeries and has to go for scans every 3 months.   Her husband, Hooman Noorchashm is a cardiothoracic surgeon and says morcellators are potentially deadly and should never be used.  "If you have a tumor, and you can`t be sure there is cancer in it, you should not mince it up in someone`s body," he said.

In an effort to protect other women, the pair took up the challenge of getting the devices banned, and even testified before the FDA calling this a dangerous public health hazard.

One year after their testimony, in Novemeber of 2014, the FDA issued a warning saying that "1 in 350 women are at risk of having uterine cancer and having it spread if they are treated with a morcellator."

Dr. Gerald Harkins at Hershey Medical Center said even though the FDA issued a warning, it was not a ban.  It was enough however for them to stop using morcellators last April.  "I think that we were concerned enough to say that there were questions about it and ultimately we could make modifications to techniques and still provide minimally invasive surgery options to our patients," Harkins said.

Hooman says because cancer doesn't immediately kill someone, nobody had recognized the link between two.  "If one in 300 women who were dying on the operating table immediately because of a device or because of a practice, you can bet your bottom dollar that they would stop doing them immediately," he said.

Until then, Hooman and Amy say they will keep fighting for all of the women who have died because of this.