In one Hummelstown, Dauphin County neighborhood, residents say they’re trapped by the trains that come through. In the Graystone development, there are mo...

In one Hummelstown, Dauphin County neighborhood, residents say they’re trapped by the trains that come through.

In the Graystone development, there are more than 200 homes. And for the people who live there, the only two ways out are across the tracks.

It’s been like this for more than a year, because the Duke Street Bridge was deemed unsafe and closed. It has not been repaired.

“Just hoping to see some progress on the bridge, so we have a way out,” says Joe Kepp of Hummelstown.

The Norfolk Southern trains go by a few times an hour, but last week, one was topped on the tracks, during the morning rush hour, because of a delay.

“The train was there for an hour the other day, and if there would’ve been a fire or someone needed medical attention, that would be my first concern,” says John Hanula of Hummelstown.

A spokesman for Norfolk Southern says there is an emergency protocol in place. He says emergency responders would call the company if a train was stopped on the tracks when there was a call for help.

“If there’s a fire or something like that, I mean a minute or two, that’s valuable time being lost,” says Kepp.

The company is in discussions with the Hummelstown Borough Council about possible solutions. Work on the Duke Street Bridge isn’t expected to start for months. 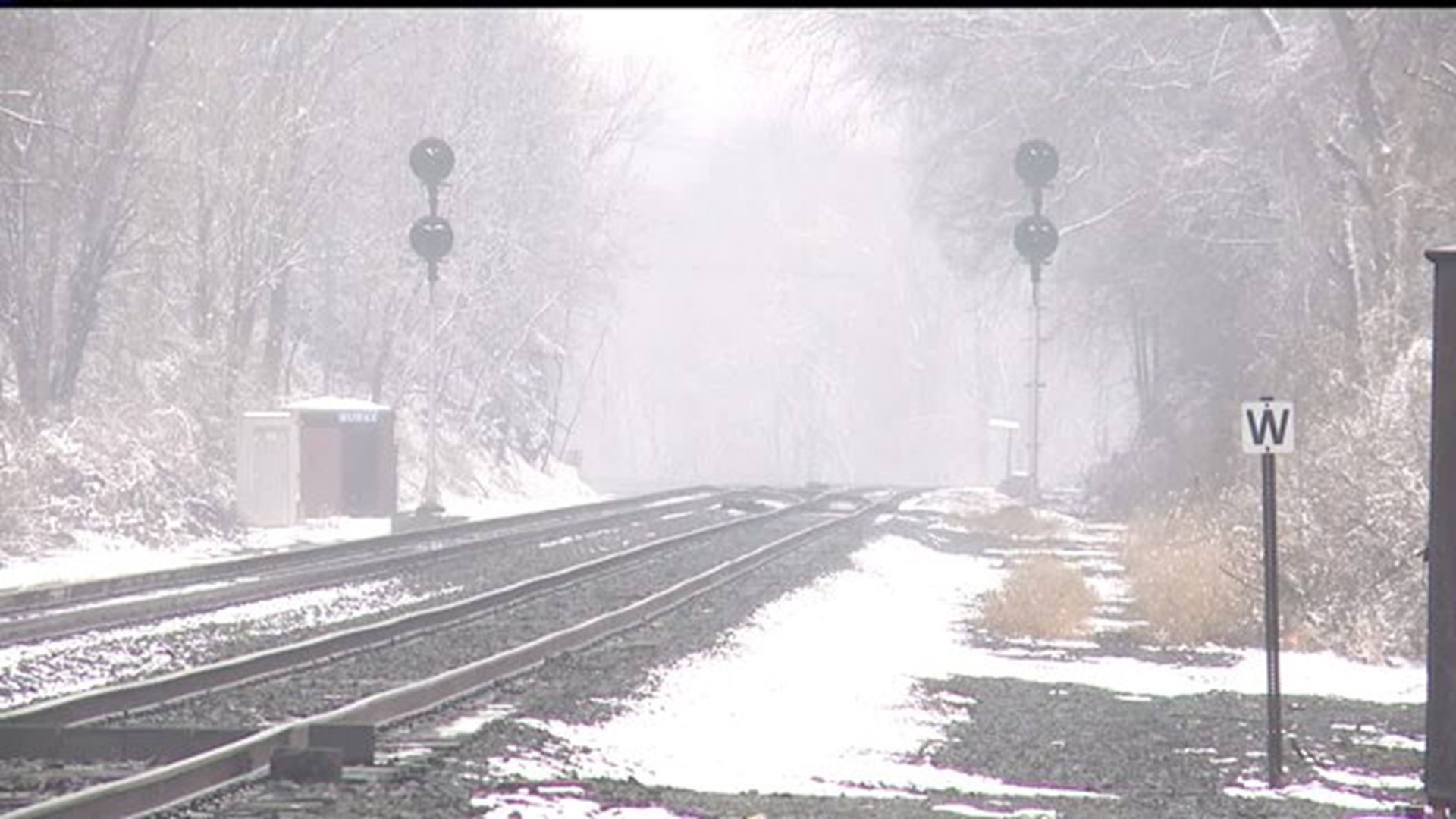