HARRISBURG, Pa. — Fighting to raise the minimum wage is a battle state representative Patty Kim has lost for the last few years. Despite multiple attempts... 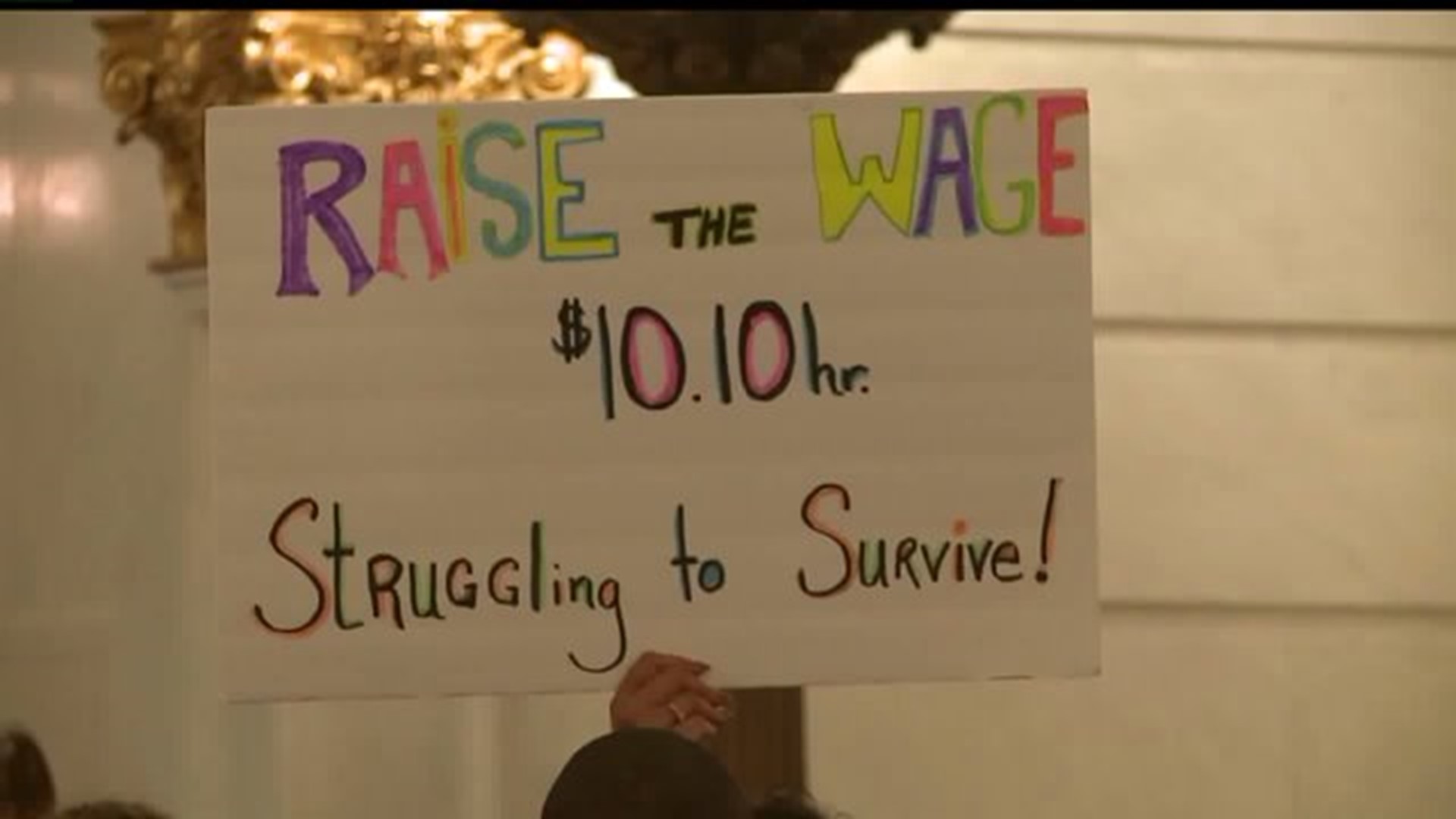 HARRISBURG, Pa. -- Fighting to raise the minimum wage is a battle state representative Patty Kim has lost for the last few years.

With new leadership in 2017, Rep. Kim is hoping this legislative session brings an open look into bringing Pennsylvania's first wage hike since 2009.

On Tuesday, Rep. Kim (D-Dauphin) announced her intention to propose new minimum wage legislation in the coming weeks. In this version, wages would increase by $0.50 increments over a six-year period, starting at $9.00/hr for businesses with under 25 employees, and $12.00/hr for companies with more than 25 workers. The latter plan would see an increase to a $15/hr minimum wage by 2023.

"This new bill is ambitious because Pennsylvania is long overdue for an increase," Rep. Kim said Tuesday

She says inflation has made the current minimum wage of $7.25 barely enough money for someone to stay above the poverty line.

Where she has run into trouble in the past though is getting the bill heard in the House Labor & Industry Committee. State Representative Rob Kauffman (R-Franklin) was named as Gingrich's replacement as the committee chairman. Kim says she has not spoken with Kauffman about her proposal. FOX43's calls to Kauffman's Capitol office on Tuesday were not returned.

"We're going to push, and keep pushing, to have it debated. We want a conversation. We can't just keep watching other states increase their minimum wage and it keeps getting batted down. We need to have a healthy debate," Kim said.

However, opponents like the Pennsylvania Chamber of Business, feel those numbers are tied to an increase in job growth.

"This is definitely going to have an impact on jobs and to suggest otherwise is irresponsible," said Alex Halper, Director of Government Affairs for the Pennsylvania Chamber. "You look at who's making minimum wage in Pennsylvania: Over 80 percent don't have children. We need to be focusing on helping these individuals without triggering these unintended consequences of fewer jobs for them because that should be everyone's goal: get them into workforce, and into family sustaining jobs."

Pennsylvania started the process of raising the minimum wage in 2016, when Governor Tom Wolf raised the minimum wage to $10.15 for state employees and state-contracted workers. When that happened, John Traynor, the owner of the Harrisburg Midtown Arts Center, decided to raise the minimum wage for his staff.

He calls it a "livable wage;" giving employees a reason to enjoy coming to work. Traynor estimates he's able to keep 90-to-95 percent of his employees because of his wages, which saves money on employee retraining.

"It pays for itself," he says, "Everyone that works for us is like family. So when you're employing people you see every day and you know where they live and you have a personal relationship with them, you don't want to see them living below the poverty line, you want to elevate them."