Dallastown sports teams back to practice after snowstorm 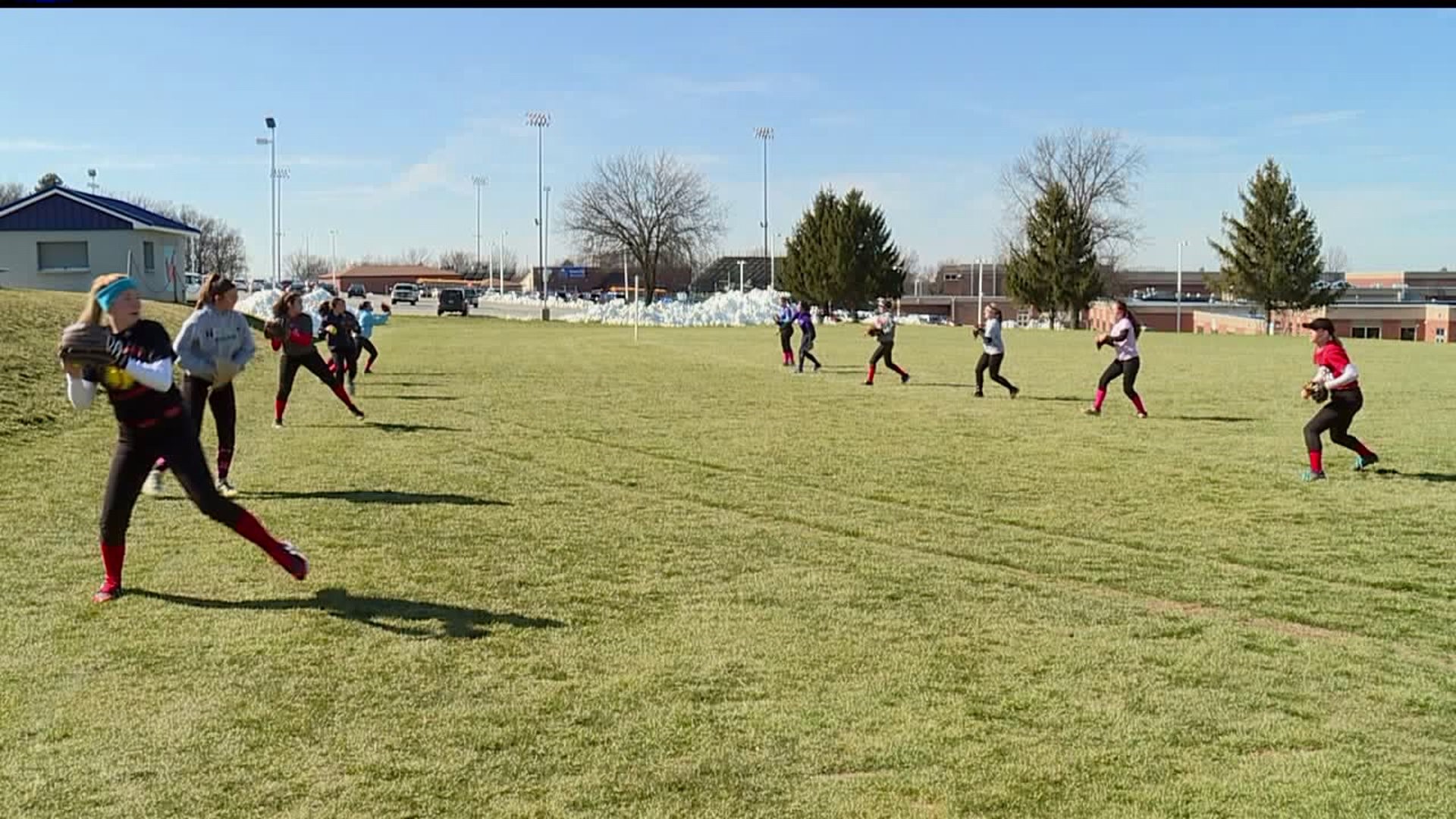 Now you wouldn't even be able to tell that more than a foot of snow covered the fields.

Howie Merriman, the head softball coach, said, "Overall, the field is in wonderful condition. We were expecting some puddles, and it's not. It's pretty dry."

Greg Kinneman, the head baseball coach, said, "Finally. It's so great to be outside. Obviously baseball is an outdoor sport and there's nothing that can replicate being out on the baseball field to help prepare for our season."

The school had to wait for the snow to melt, which turned parts of the fields into mud. In the meantime, the teams practiced in the gym.

Merriman said, "We have a batting cage that drops down from the ceiling so we can take all of our BP. We have indoor bases, we have a slide mat."

Kinneman added, "Probably about six-to-seven other teams were inside. So our athletic department just divvied up those times."

It's the first day this spring sports season that all the teams were back outside and on the fields.

Athletic Director Tory Harvey said the baseball and softball fields were in the worst conditions.

Harvey said, "Baseball field typically is the most challenging because it sits the lowest on the campus. But even the softball field had significant snow drifting up against the back stop that had to be taken care of."

The track team also had to wait for the snow to run its course.

Neil Gutekunst, the head track and field coach, said, "If there's any ice or any snow or anything that's still there, then it's sitting on top of the surface. They're going to slip. They're going to fall, especially when they're going as fast as they do."

All of the coaches and the director agree, they are glad to be back in the game. The softball and baseball teams have their first games of the season Friday.

Harvey said, "If you would have asked me last week if I thought there'd be any chance that we'd be able to play any games this week, I would have thought the chances would be slim to none."