CARLISLE, Pa. – A Cumberland County woman fighting breast cancer has had a secret weapon to help her through her treatment: a display of plastic flamingos... 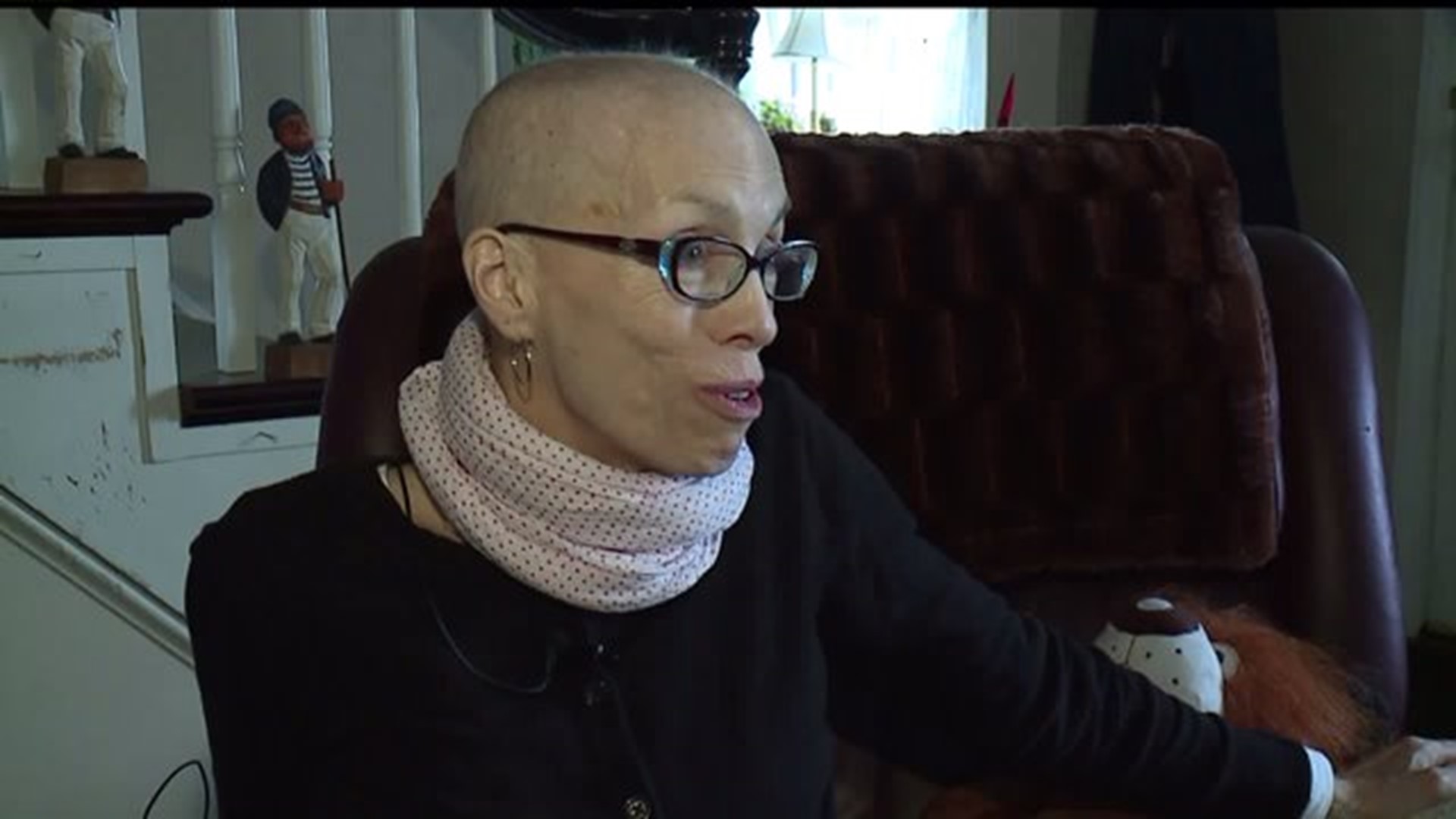 CARLISLE, Pa. - A Cumberland County woman fighting breast cancer has had a secret weapon to help her through her treatment: a display of plastic flamingos!

They have been in Carol Smith's yard for months and she says they have been critical to keeping her spirits up.

“I just can't quite put it in words because it does make a difference,” Smith said.

Smith had already gotten a mammogram early last year, but she noticed a lump during a self-examination in September. All things considered, she's in good spirits knowing her condition has brought out the best in somebody.

When she got the diagnosis of breast cancer around Labor Day, she knew her life would change.

What followed were four to five months of intensive chemotherapy, but they were more bearable thanks to someone's kindness.

“Probably after my first or second chemotherapy one morning I came downstairs and I opened the blinds and there were a whole bunch of flamingos in the front yard, which was a very pleasant surprise,” she said.

Smith originally suspected one of her family members did it, but to this day, she still does not know who is responsible.

“Someone, I don't know who, is doing this, but they sure are giving my spirits a lift,” Smith said.

The flamingos have moved around her property over the last few months. They went to the backyard, they became Santa’s reindeer for Christmas, they rang in the New Year in style, and on Friday, they celebrated Carol's last round of chemotherapy.

“Acts of kindness are what people need when they're going through bad times whether it's cancer or a different sickness,” Smith said. “These small acts of kindness are so important and I need to do it. Once I'm well I'm going to pass this on.”

Smith says she's desperate to find out who cheered her up in her darkest hour.

“I definitely will be crying and I'll be thanking them and I'll just say it was just a wonderful thing to do for me,” she said.

And through that kindness, Carol has an urgent but positive outlook on life.

“We've got today,” she said. “No one, even if you don't have cancer, is promised tomorrow, so let's enjoy the moment.”

Smith says she will meet with her surgeon in a few weeks to determine which kind of surgery she will have, and then she will undergo radiation therapy in the hopes that the cancer will be in remission.