FAIRVIEW TOWNSHIP, Pa. — Ray Souders stood in front of the massive B-24 Bomber camped out on the runway at Capital City Airport and looked up in awe. It w... 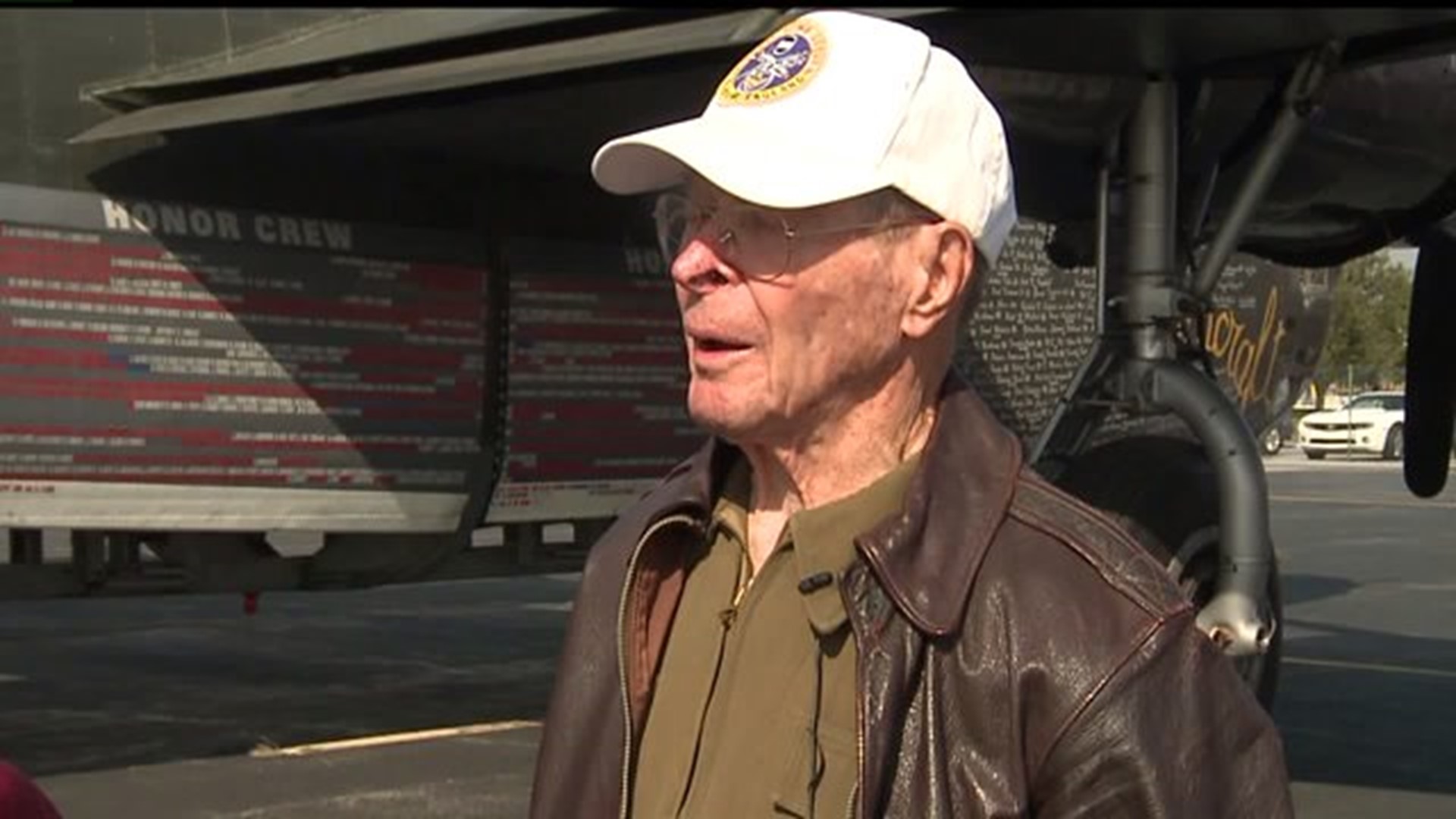 FAIRVIEW TOWNSHIP, Pa. -- Ray Souders stood in front of the massive B-24 Bomber camped out on the runway at Capital City Airport and looked up in awe.

It wasn't that he had never seen one before. Quite the opposite, in fact; he's actually flown inside plenty of them.

"It's not like this is my first date," Souders joked. "I knew what this was like a long time ago."

Souders, a proud, lifetime resident of New Cumberland, even sporting his New Cumberland High School, Class of 1920 class ring, was about to take his first trip in a B-24 Bomber for the first time since 1945.

Souders is 94 years old, but you wouldn't know it by talking to him. His handshake is strong, likely thanks to the nearly 50 years he spent as a contractor. He says he is in tremendous shape, largely due to how he says he's never smoked or drank alcohol.

"If I could accumulate all my aches and pains, it wouldn't feel like your wife's sharpest needle," he says.

"I wanted to join the air corps. I enlisted so I wouldn't get drafted," Souders said. " I just wanted to be in an airplane."

He got his chance as a member of the Greatest Generation, but never since. That is, until a chance encounter at a restaurant between Ray and Ken Menut, a member of the Collings Foundation, a non-profit group which sponsors the World War II planes' annual trip to Capital City, and other regional airports.

It was an opportunity Ray Souders could not pass up.

He brought along his daughter, Joyce, for the flight of a lifetime. This was a short trip -- taking off from Capital City in New Cumberland and landing at Hagerstown, Maryland Regional Airport 30 minutes later. Seventy-one years after his last flight in a B-24 Bomber, Ray Souders looked out the side of the open window plane, gave a thumbs up, and smiled.

"He has been so excited about this," his daughter, Joyce, exclaimed. "For him, and his self-worth, this (plane) was a big part of who he became. Those memories never fade."