HARRISBURG, P.A. — For more than twenty years, the Penguin Plunge has been a New Year’s Day staple. This year, however, brought a rarity. “Thi... 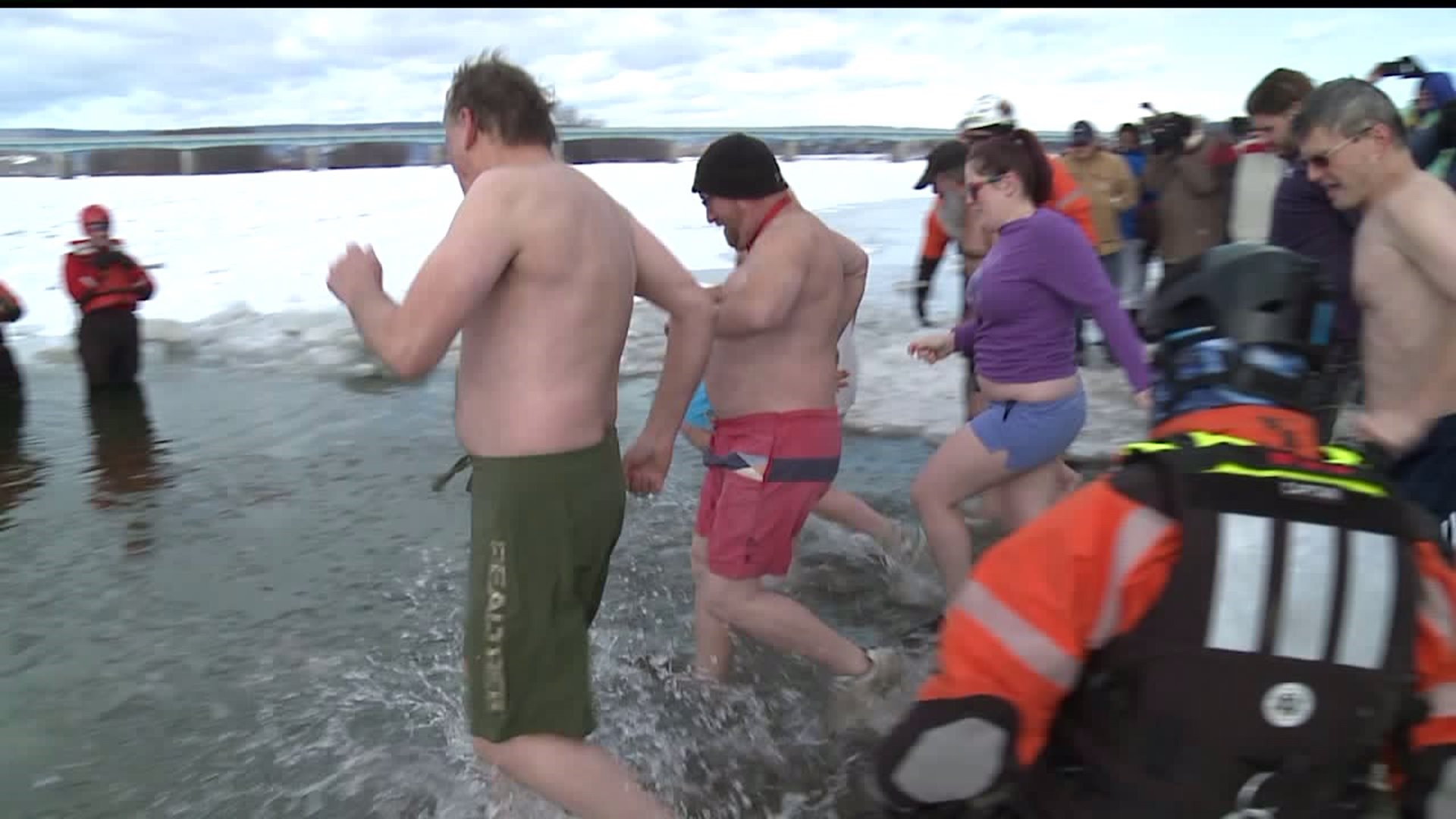 HARRISBURG, P.A. --- For more than twenty years, the Penguin Plunge has been a New Year's Day staple.

This year, however, brought a rarity.

"This is the second year that we've had to chop up the ice," said Megan Strausbaugh, marketing director with the Harrisburg Area Humane Society.

Chief Frank Egresitz with the Harrisburg River Rescue said their biggest challenge was cutting through the ice.

"[It was] a lot thicker than what we thought originally because it hasn't been frozen that long," said Egresitz.

"I'm telling myself I'll only be in for a few seconds and then I'll be out and I'll be at home in my bed," said first time plunger, Hannah Minium.

Heat tents were set-up to give plungers warm relief.

"We'll have people monitoring the plungers and stuff along the shore line to make sure if they have any medical needs that we're dealing with them right away," said Egresitz.

Proceeds for the plunge go towards a four-legged cause.

Plunger Jess Colatta said that's the reason she thinks of for going into the icy depths.

"I'm an animal love, I've always been an animal lover. Anything that I can give them to take care of them, get them a home, I'll do whatever I need to," said Colatta.

Strausbaugh said the Penguin Plunge usually brings in between $30-40,000.