HARRISBURG, Pa. — Many people in Dauphin County are still dealing with the aftermath of Sunday night’s storm Monday. Public Works crews for the City... 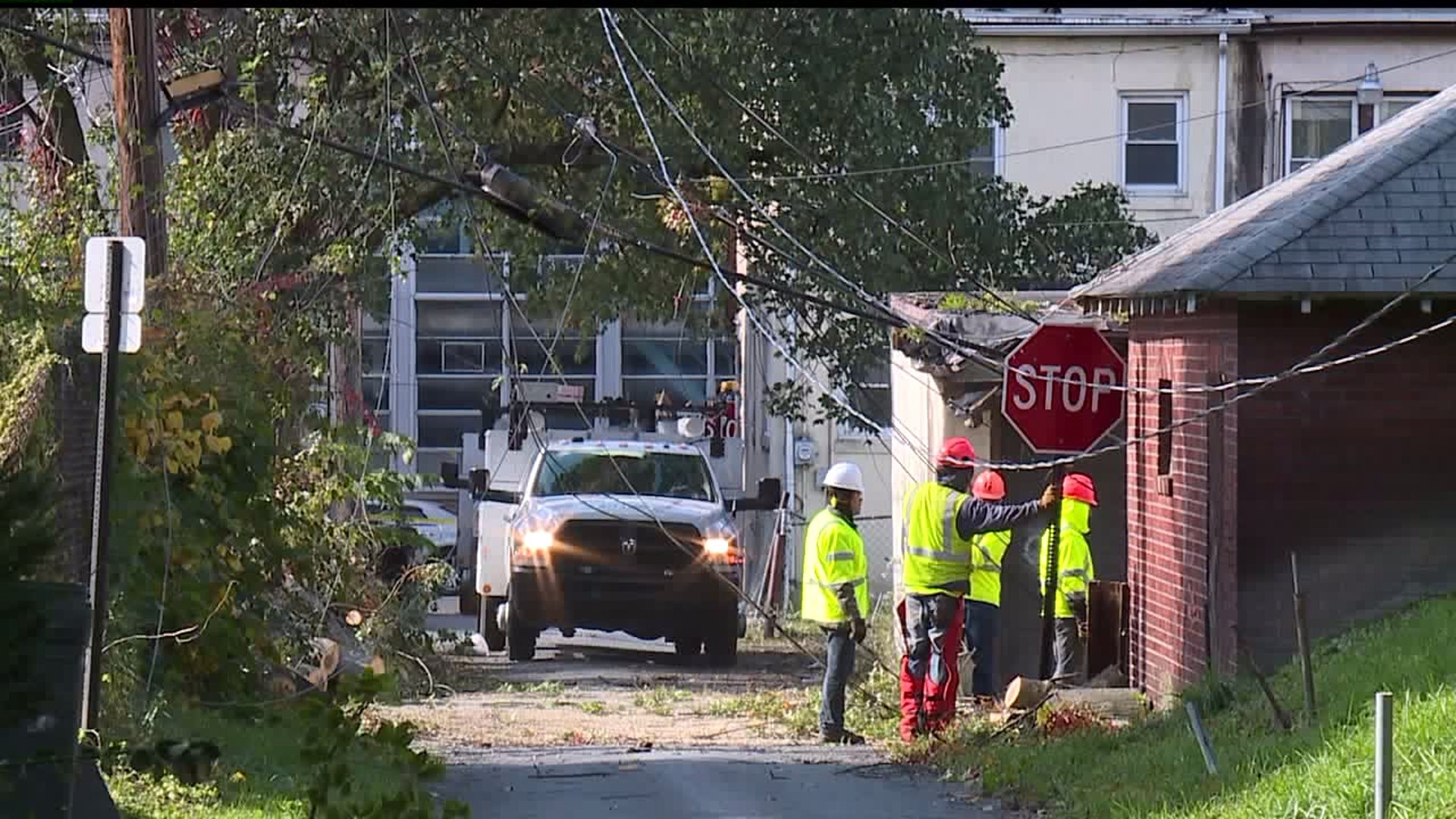 HARRISBURG, Pa. -- Many people in Dauphin County are still dealing with the aftermath of Sunday night's storm Monday.

Public Works crews for the City of Harrisburg and PPL line crews had a busy day cleaning up a mess of downed trees and power lines.

Throughout the city on Monday, several teams of crews armed with the right tools were out cleaning up the damage that Sunday night's storm left behind.

There aren't many idle hands for Harrisburg's Public Works crews or for PPL line workers on Monday morning.

City of Harrisburg communications director  Joyce Davis said "our whole crew,. Everyone in Public Works is really out. All the people working, everybody, all hands on deck, including the director."

PPL spokesperson Jess Long said "we have hundreds of line workers out right now, and we're actually bring in about 214 more employees office employees, as well as lineman and electricians to the region to help out."

Sunday night's storm knocked down about a dozen trees in the City of Harrisburg alone. Homeowners should call 311 to report any city-owned fallen trees in their neighborhood.

"If the trees involve power lines, the city is not going to be able to manage that. That has to be a call to PPL, because that's a power situation. It would be dangerous for our crews to touch that," Davis said.

There were hundreds of incidents of downed power lines affecting more than 50,000 PPL customers throughout Dauphin County. It might have seemed like an exercise in futility at times for the crews who worked through the wind and rain throughout the night to restore electricity.

"When the storm was at its worst, at any period of time we were seeing about 10,000 customers without power," Long said.

"As outages are restored, more keep coming in. Even during the day today, we've seen more outages because the wind is continuing throughout the day," Long added.

While many trees may have stood the test of time, some were no match for the high winds either.

"We have some old trees, we have trees that needed maintenance, for a while. We have a plan to maintain them, but when something like this happens, of course it's going to have it's impact on those older trees, in our older neighborhoods," Davis said.

Being without electricity surely was an inconvenience to the tens of thousands of people affected, but in the City of Harrisburg, there were no reports of injuries or fatalities.