ADAMS COUNTY, Pa.– Eight people have been displaced after a pizza shop and apartment building fire. According to emergency dispatch, the fire broke out at... 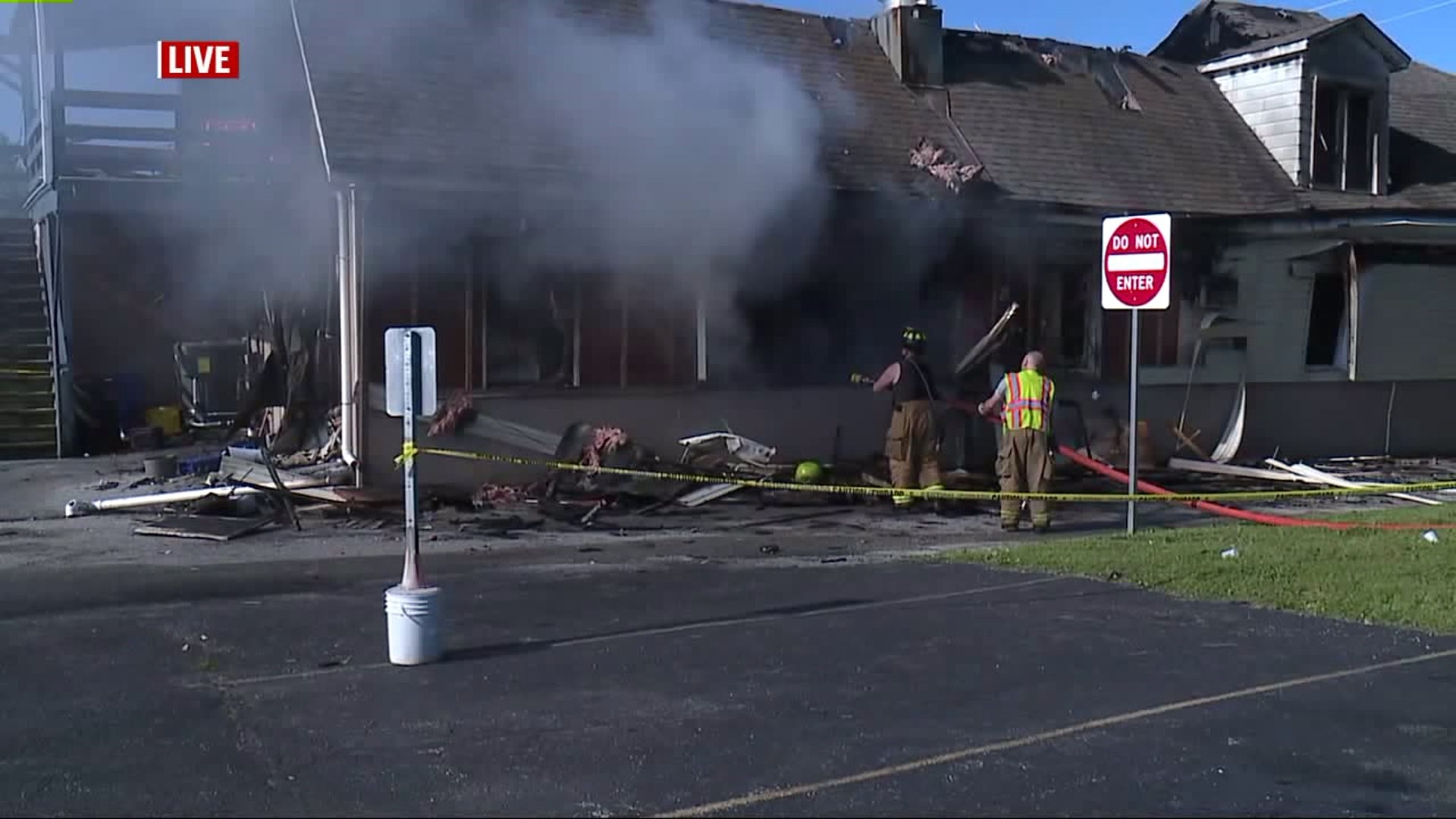 ADAMS COUNTY, Pa.-- Eight people have been displaced after a pizza shop and apartment building fire.

According to emergency dispatch, the fire broke out at La Trattoria Pizza in the first block of of N. Main Street in Biglerville Boro around 1:55 a.m. on May 24.

Eric Bowmaster, the assistant fire chief for Biglerville, said that the fire was on two sides of the building, and took about an hour and twenty minutes to control.

The pizza shop also has four apartments above it, which all suffered extensive damage.

Now, the building must be demolished for safety.

BREAKING: We are getting a closer look at the extensive damage at apartments and a pizzeria in Biglervillle. Assistant Fire Chief tells me the buildings must be demolished for safety. That will happen in about one hour. @fox43 pic.twitter.com/MgDHs3r61p

The Red Cross is assisting five adults and three children that have been displaced.

Volunteers assisted 5 adults and 3 children who were displaced by a fire this morning on the first block of N Main St in Biglerville (Adams County) with food, clothing, and shelter.

Due to fire activity, all lanes of Route 34 between Hanover Street and Cemetery Road have been closed as of 6:30 a.m.