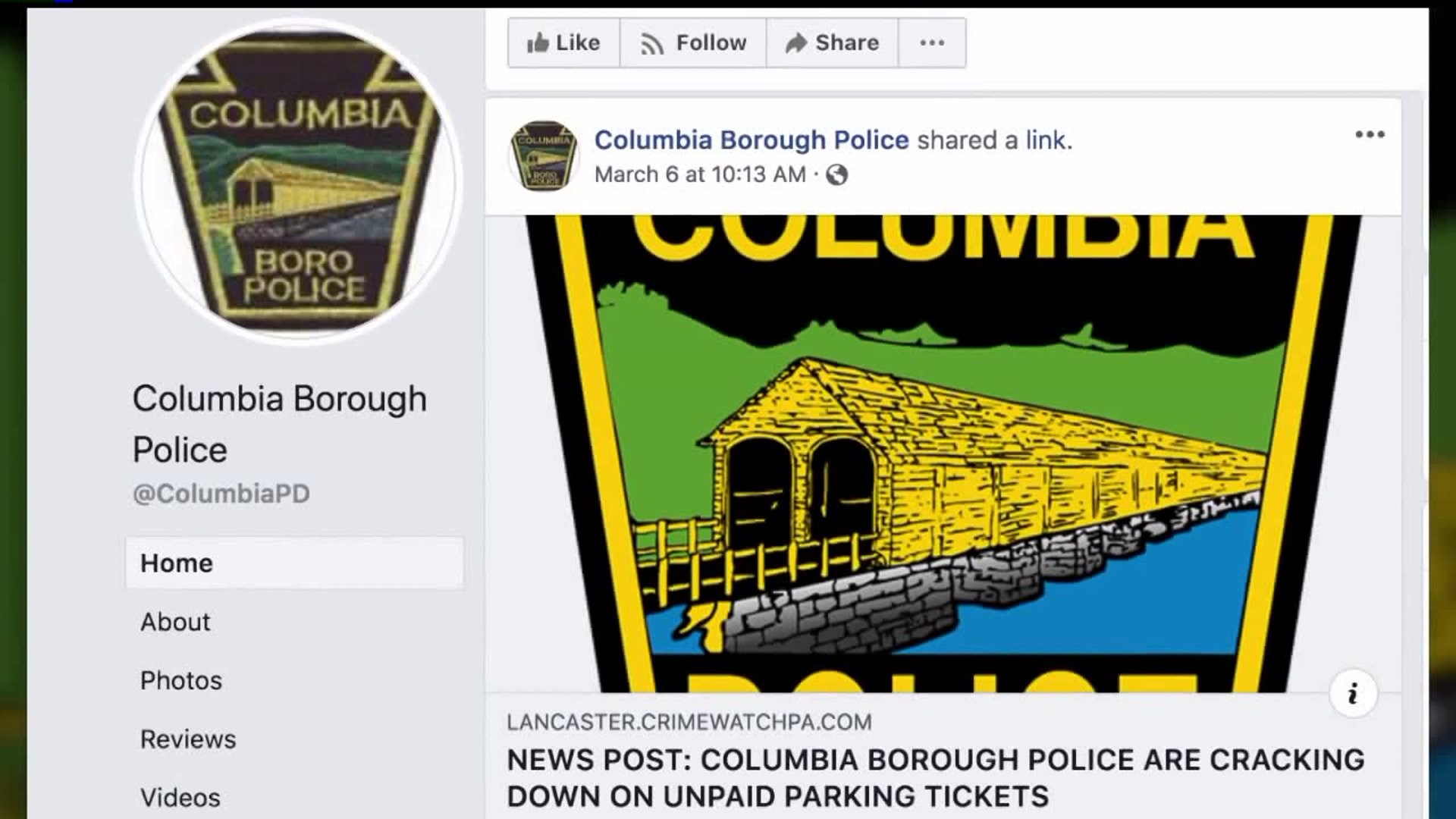 Brandi and her husband James say they were shocked when they logged onto Facebook to find several messages from friends saying their names were on a list put out by the Columbia Borough Police Department, naming 72 people with unpaid parking tickets.

“It was kind of embarrassing having your name bashed on Facebook, live media, like that. If anything, they could have sent us a letter, ‘Hey, you’ve got outstanding parking tickets you need to take care of,’ but that was never done,” said James.

One woman listed had 30 unpaid tickets.

The Millhouses' have three, and say they didn’t know about them.

“I mean, we’re wrong. We have parking tickets. Either way we’re wrong. The tickets need to be taken care of. But I think it’s wrong to slam us on Facebook and put a report out that makes us look like a criminal. What about our jobs? It’s parking tickets,” said Brandi.

Columbia Police Chief Jack Brommer told Fox 43 in an email that they put out the list because social media has been an effective method for locating wanted people, adding it has also been an effective tool in garnering cooperation from those with outstanding warrants.

He says those tickets could have been anywhere from $10 to $25, but with late fees, offenders will likely owe more.

He could not comment on how much money is owed total.

The department will, however, soon begin booting cars that are on the list of offenders.

The Millstone's say they don’t think that is the answer.

“I think they should give them a chance to plead guilty or not guilty before putting a boot on their car because it’s people’s jobs they need to get to with that vehicle. And if you take that away from them, they’re not going to be able to make payments on the fines,” said James.

Chief Brommer says so far, his department has not booted any vehicles, and anyone who needs to pay a fine is asked to turn themselves in to the police department.