ADAMS COUNTY, Pa. — A local couple is making national news for a purchase they made this summer and how they hope it helps some children and veterans in A... 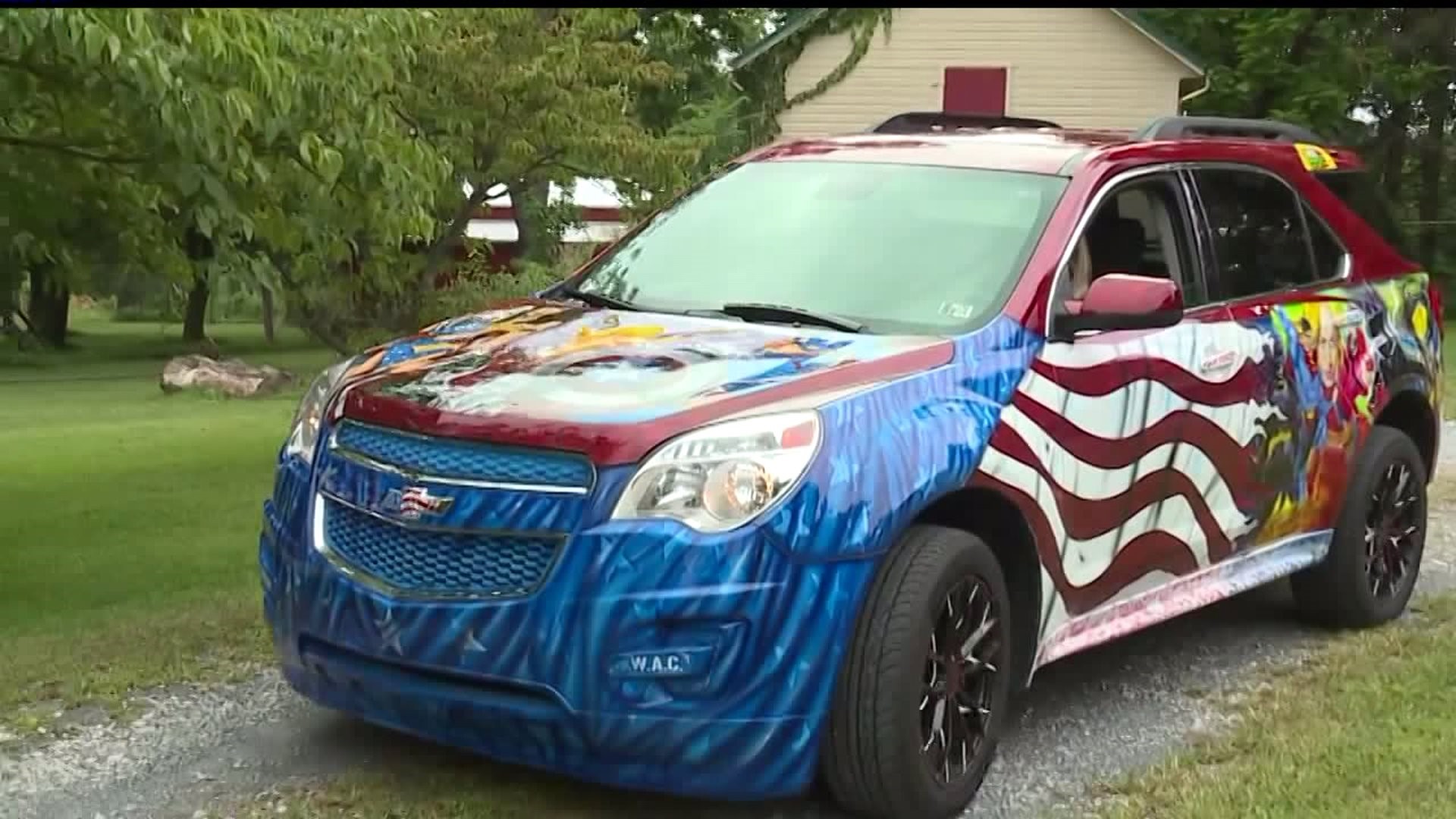 ADAMS COUNTY, Pa. -- A local couple is making national news for a purchase they made this summer and how they hope it helps some children and veterans in Adams County.

Most people customize their vehicles for themselves, but everything about Steve and Pamela Barry's new car is meant to comfort somebody else.

From the hood, to the handles, every detail on this car is meant to help.

"Steve had this idea and said, ‘I want to help people,'" explained Pamela. "My idea was the flags down the side of the car, and I wanted them battered and worn and dirty because these kids are fighting for their lives. The soldiers are fighting for us.”

The Barry's bought the SUV with their own money, looking to give a lift to critically ill children and wounded veterans.

"Losing their cars because of medication and bills stuff like that so they have no ways to get their kids to treatment," explained Steve.

They had it designed at what they called 'a very low cost' by Todd Kint and Keidesigns.

“I’m one of the type of guys who likes to pay it forward, and what they are doing I was like, 'I want do to that,'" said Keidesigns.

"My friend’s daughter on the back of the car. He’s a veteran. My gran father is a veteran, and it’s just something I wanted to do to help," said Kint.

They put a lot of time and heart into it.

“Lots of hours. Sometimes my wife was mad, ‘What time you coming home?’ Every day like 12 hours a day, sometimes," added Keidesigns.

Throughout the two months it took to get the job done, new friendships were born.

The Barry's say it just made sense.

"It’s what you do. We're blessed," smiled Pamela.

The Barry's went with an Equinox because, they say, spiritually it means new light, new life, and new beginnings, and that’s what they want to give veterans and children. For now, these rides will stay local, but with donations, they hope to expand.

They plan to customize another car as soon as they can.