Governor Tom Corbett (R) and Democratic challenger Tom Wolf met for the third and final debate in Pittsburgh on Wednesday night. With less than a month until th... 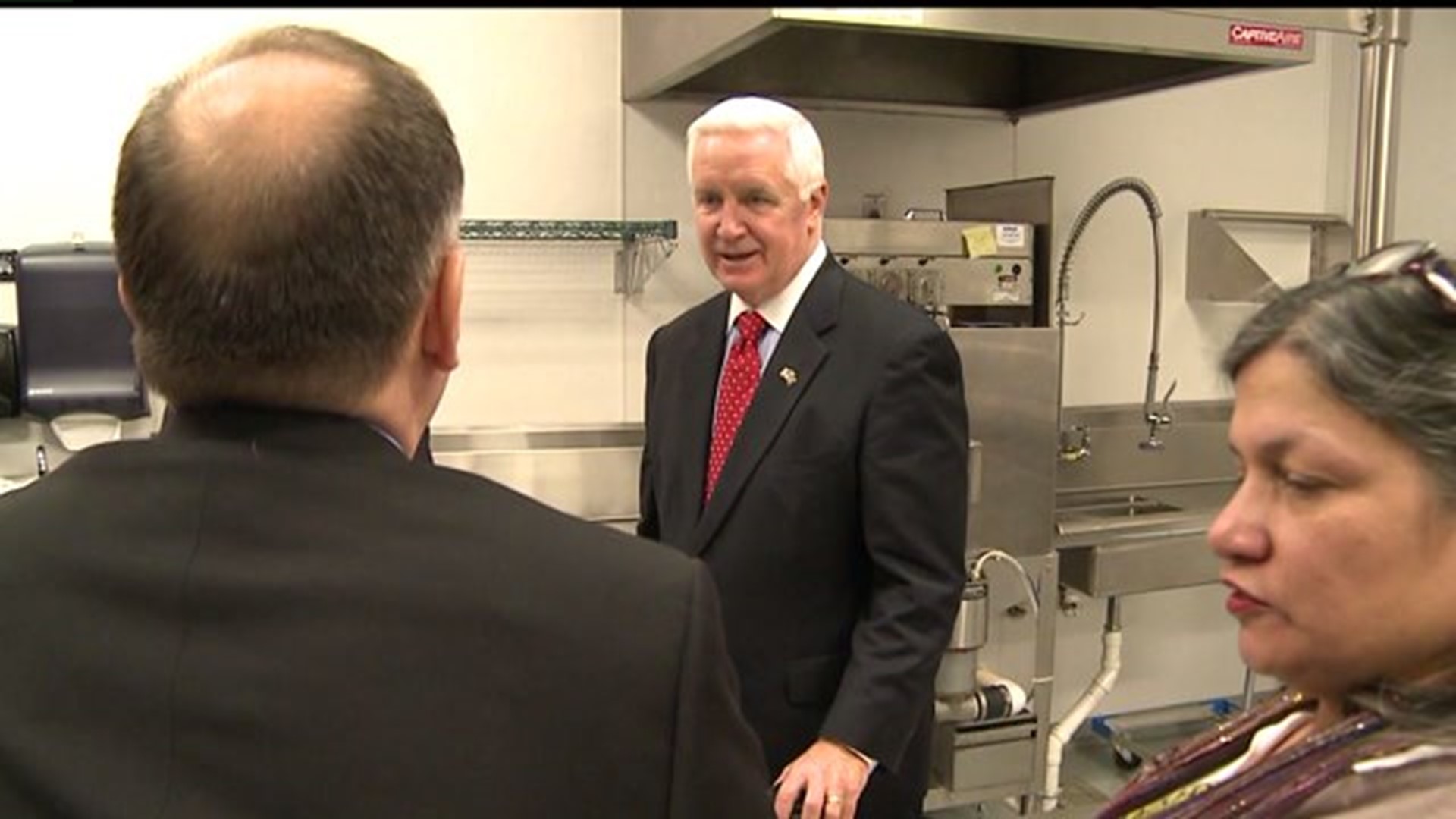 With less than a month until the election, Wolf is holding a double-digit lead in the polls. According to Quinnipiac University, he's leading 55 percent to Corbett's 38 percent.

In this debate the two went head-to-head on some new issues, including medical marijuana. Corbett wants to legalize only one derivative, CBD oil, for sick patients.

Wolf wants to legalize medical marijuana and de-criminalize possession of small amounts of the drug.

Even with new controversy on the table, taxes and the economy dominated this third debate.

"Mr. Wolf wants to spend more money, we know that," says Corbett. "The question is how much. He needs to tax more to get that additional money."

Wolf said individuals making less than $90,000 will not see their taxes raised, but he wouldn't say anything else.

"I want to make sure that middle-class taxpayers, for example, get the first break they've had in over 20 years," Wolf says. "That's what I would do with my taxes, it's as specific as I can be."

"That's again another dodge of answering the question," responded Corbett.

Education cuts came up again. Wolf says Corbett made $1 billion in cuts to education, and Corbett says the cut came from the Rendell Administration before him.

"Clearly my opponent, along with the public sector unions, have been saying and lying that we cut," says Corbett.

Wolf criticized Corbett for the pornographic emails sent by his staffers. The release of the emails has forced resignations within his administration.

"A culture has existed in this administration that somehow allows people to believe they can do this sort of thing, that shouldn't exist," says Wolf.