LANCASTER, Pa — Break rooms.  Water cooler chit chat.  Perhaps bouncing ideas off of a co-worker.  These are just a few things you would expect to find in... 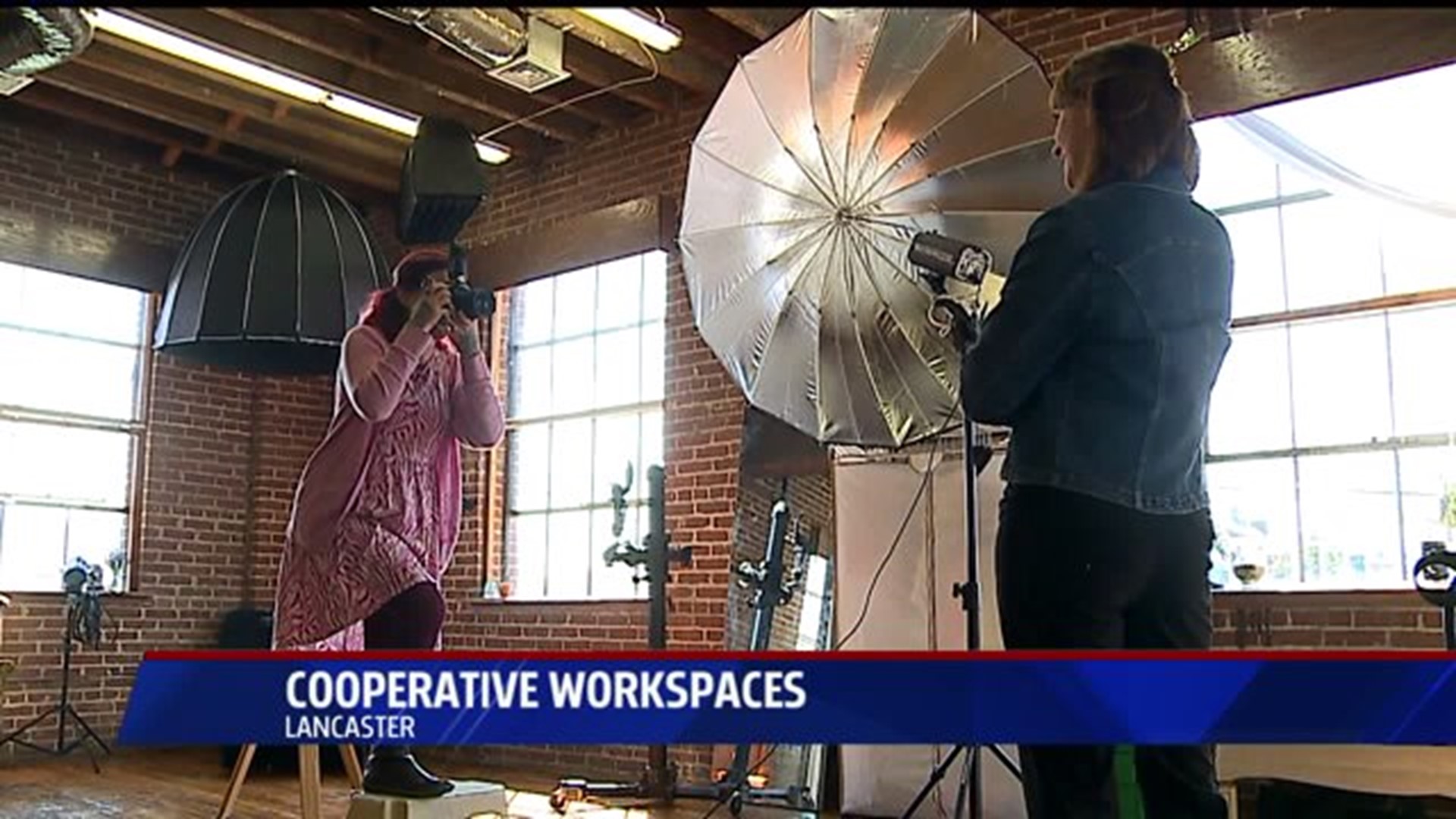 LANCASTER, Pa -- Break rooms.  Water cooler chit chat.  Perhaps bouncing ideas off of a co-worker.  These are just a few things you would expect to find in a traditional work place.  But what if you're an independent entrepreneur working from home or in a rental space?  Cooperative Spaces offer independents the ability to work for themselves, but still enjoy the "work place" experience.

"I was working out of my basement.  I was getting lonely and I kind of missed a office environment.", says John Sanderson, who runs a photography business with his wife Kim.  Fellow photographer Renee Heller was in a similar situation.

"I was looking for a new studio to move into.  And the idea started forming that I didn't want to work alone.", said Heller.  "And I know there's other photographers and creative individuals in the area that also wouldn't want to just sit in an office by themselves all day."

So the two created the Leaf Collective located at 355 East Liberty Street in Lancaster.  The two now run a studio out of the space.  But also offer traditional desk spaces for other creative types.

Jonathan Ober has been doing independent web design for nearly 10 years.  He used to work from home but says that was becoming increasingly difficult to do.   "I have small children.  So there would be times where they would come in and interrupt me while I'm working.  Or you could hear them when I was on a phone call."

He says he enjoys the camaraderie of his "co-workers", and the ability to bounce ideas off of them from time-to-time.  "At least once or twice a day there's times where I'm asking for input on work that I'm doing.  Or I'm helping someone else."

Also in Lancaster a new tech working space called Pubforge has opened its doors.  The cooperative workspace opened in March and is geared toward entrepreneurs working in the field of technology.  Pubforge is located inside of Tellus 360 on East King street and offers state-of-the art internet access, video conferencing booths and even a chef grade kitchen.