GETTYSBURG, ADAMS COUNTY, Pa. — Smoke could be seen rising from the hillsides in the Gettysburg area Monday afternoon, but there was no cause for alarm. C... 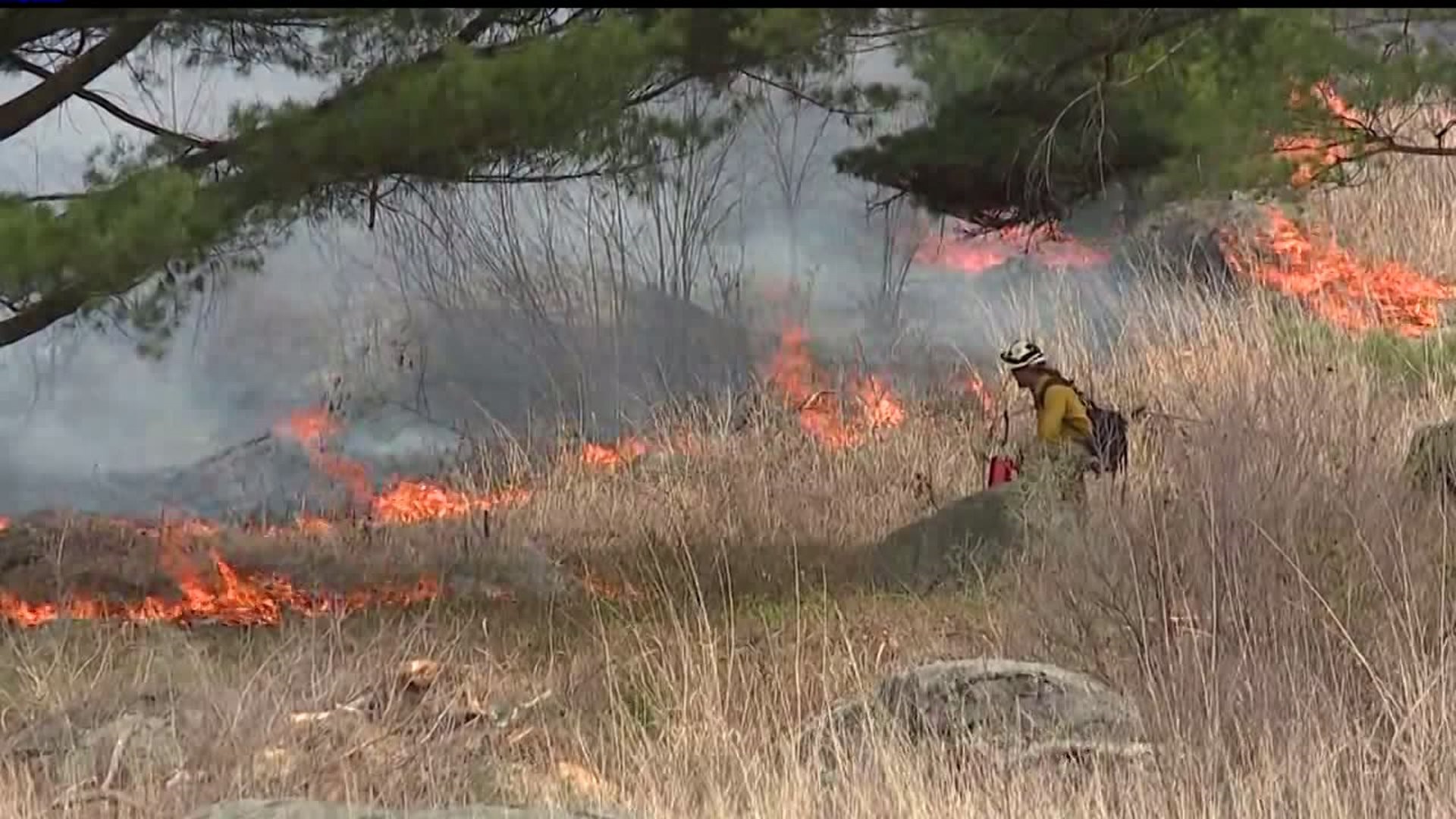 GETTYSBURG, ADAMS COUNTY, Pa. -- Smoke could be seen rising from the hillsides in the Gettysburg area Monday afternoon, but there was no cause for alarm.

The smoke covered hill at Gettysburg Battlefield is known as Little Round Top. It maintains a key spot in Civil War history for the Union Army against Confederate Troops, but Monday, the plan of attack was to save history.

National Park Service fire communication specialist Josh Manley said "this is a pretty historic day for everybody involved. I think everyone is ecstatic to be a part of, because not everybody gets the chance to say they were the first to burn Little Round Top."

The smoke seen billowing from the battlefield was part of a controlled burn. It's a chance for the National Park Service to restore history at Little Round Top.

National Park Service spokesperson Mike Litterst said "more closely, resembling what it would have looked like in July 1863. The grass that you see around there today, a lot of the down trees and limbs would not have been that way when the armies where here. It was a much more open and clear landscape."

Marc Merchiore was visiting the battlefield with his 10-year-old son, a young civil war buff.

"That's a fantastic idea. My son and I both appreciate that. Unfortunately, my son was looking forward to storming Little Round Top," Merchiore.

To prepare for the fire, crews cleared out brush in the burn area from about 40 monuments, and dozens of witness trees, trees dating back to the civil war.

"This is a much more surgical precision procedure, because you have to make sure that while you're clearing those 52 acres, you keep the fire away from those monuments," Litterst said.

Firefighters also needed to rely on the conditions provided by Mother Nature.

"The temperatures and the relative humidity, and wind direction, and wind speed, everything we have to do to make sure this is a successful burn, not only for the park, but number one the safety of everybody involved too, including the visitors," Manley said.

Each one of the 32 crew members on the scene, known as "Yellows," had a job to do.

"We've got firing bosses, they're in charge of igniting the fire, in the perimeter and on the inside. We've got task force leaders, so that they're marking the outside in case anything were to catch, where we need to hold the line. We've got a burn boss," Manley said.

The flames rising from Little Round Top became another site to see for many civil war buffs visiting the battlefield.

"Every little kid likes fire trucks, and you can actually watch a fire safely, and he's enjoying it, we're both enjoying it," Merchiore said.

"I'm a big history buff myself, I work in fire, but I actually have a history degree. Being here, assisting the park, open this space up and keep it maintained as the soldiers would have saw it in 1863, I think is very important," Manley said.

"It's, it's part of our history. It's who we are as Americans," Merchiore said.

Other parts of the battlefield are open, but there are roads closures in place around Little Round Top to keep everyone safe.

Officials hope to have the area back open to visit It's by Wednesday.